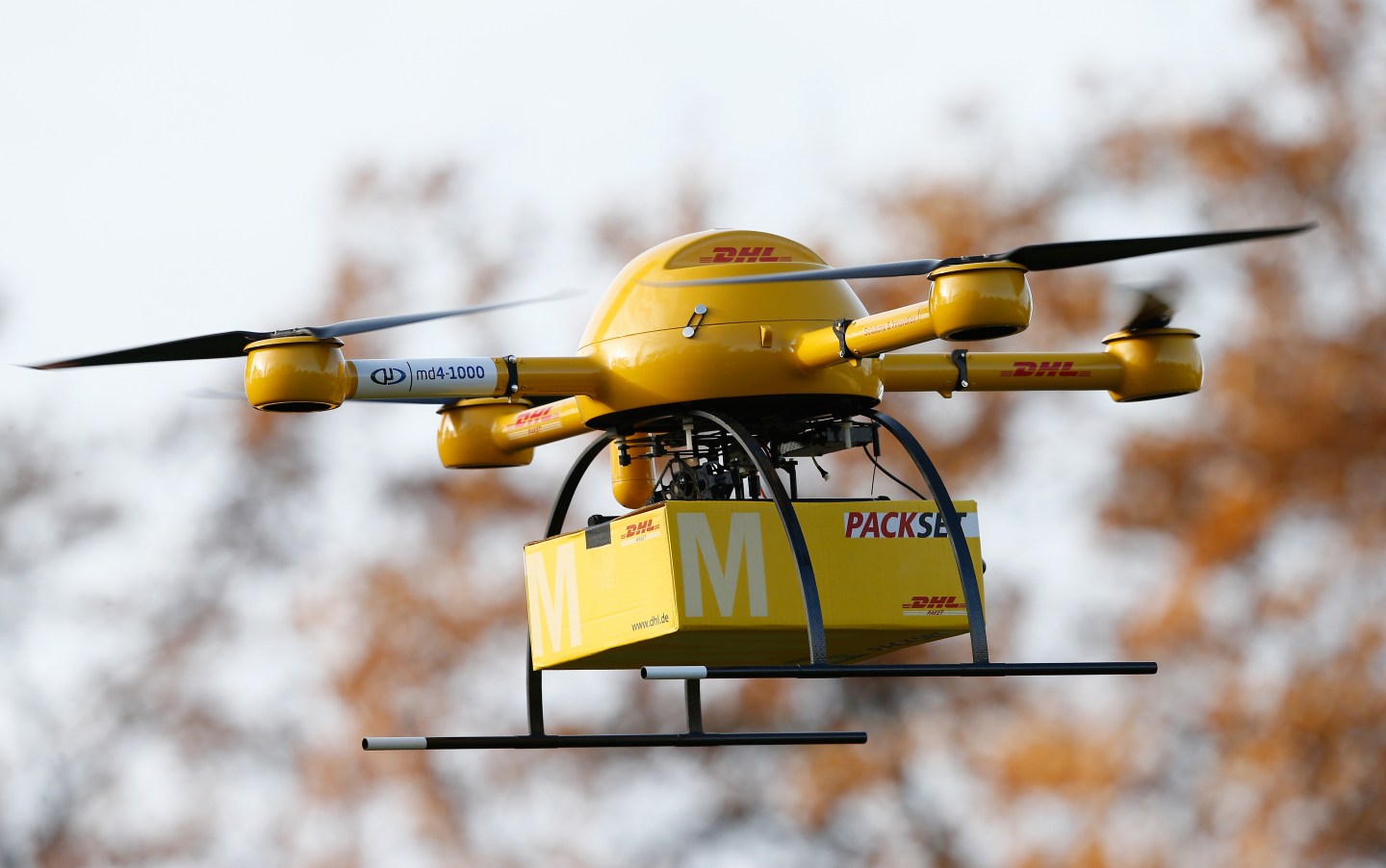 BONN, GERMANY - DECEMBER 09: A quadcopter drone arrives with a small delivery at Deutsche Post headquarters on December 9, 2013 in Bonn, Germany. Deutsche Post is testing deliveries of medicine from a pharmacy in Bonn in an examination into the viability of using drones for deliveries of small packages over short distances. U.S. online retailer Amazon has also started its intention to explore the possibilities of using drones for deliveries. (Photo by Andreas Rentz/Getty Images)
Andreas Rentz/ Getty Images

Amazon.com (AMZN) said on Monday it has entered into a partnership with the British government to speed up the process for allowing small drones to makes deliveries.

The world’s biggest online retailer, which has laid out plans to start using drones for deliveries by 2017, said a cross-government team supported by the UK Civil Aviation Authority had provided it with the permissions necessary to explore the process.

The U.S. Federal Aviation Administration said last month the use of drones for deliveries will require separate regulation from their general use.

Wal-Mart Stores (WMT) said last month it was six to nine months from beginning to use drones to check warehouse inventories in the United States.