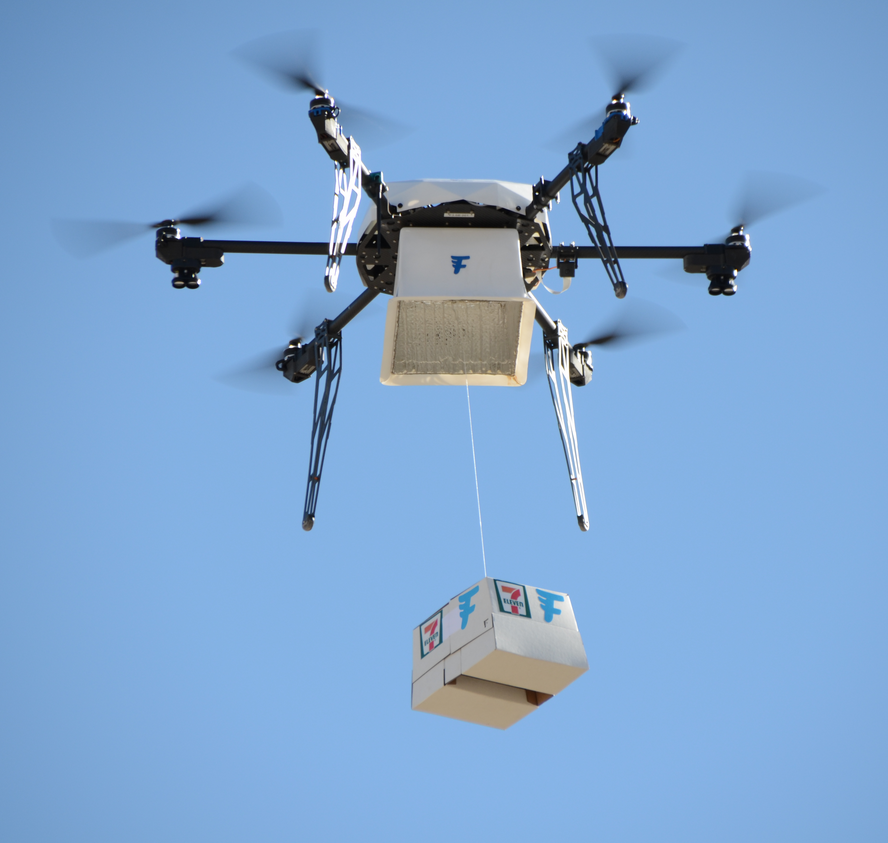 A 7-Eleven customer’s order for Slurpees, a chicken sandwich, donuts, hot coffee, and candy will forever go down in history.

What makes it remarkable is that the convenience store chain used a drone to deliver the order to a family in Reno, Nev., 7-Eleven said on Friday. The company partnered with drone startup Flirtey for the delivery, which the companies said was the first time a drone has legally delivered a package to a U.S. resident who placed an order from a retailer.

But the drone delivery wasn’t a casual affair.

It took two drone flights to deliver all of the items ordered, the companies said. The drone flew autonomously for one mile from the 7-Eleven store in Reno on July 11 to the family’s house using GPS.

After the drone reached the house, it hovered above while lowering the container to the family’s backyard using a rope.

“The convenience of having access to instant, 24/7 drone delivery is priceless,” said the delivery’s recipient Michael, who did not share his last name in the corporate statement. “It’s amazing that a flying robot just delivered us food and drinks in a matter of minutes.”

7-Eleven said it plans to work with Flirtey on future drone deliveries, but it did not say when it would roll out a broader drone delivery program for all of its stores.

Many companies, like Amazon (AMZN) and Google (GOOG), are exploring using drones for delivering packages. But strict Federal Aviation Administration drone regulations, they say, have pushed them to do a lot of the testing overseas in countries like the Netherlands and Canada.

Although the FAA recently released new commercial drone rules that take effect in August, the rules still don’t allow for flying drones at night or outside the line of sight of their operators. Both restrictions could have a huge impact on whether drone deliveries are practical.

In March, Flirtey made the first federally-sanctioned autonomous drone delivery in a U.S. urban area to an abandoned home in Hawthorne, Nev. The startup also used a drone to deliver medical supplies in rural Virginia last summer, which led to the drone being displayed at the Smithsonian’s National Air and Space Museum.

The state of Nevada is one of six FAA drone-testing sites in the U.S. where universities, companies, and government agencies can more easily test drone services and related technologies.