This Drone Startup Just Achieved A Milestone In Doorstep Delivery 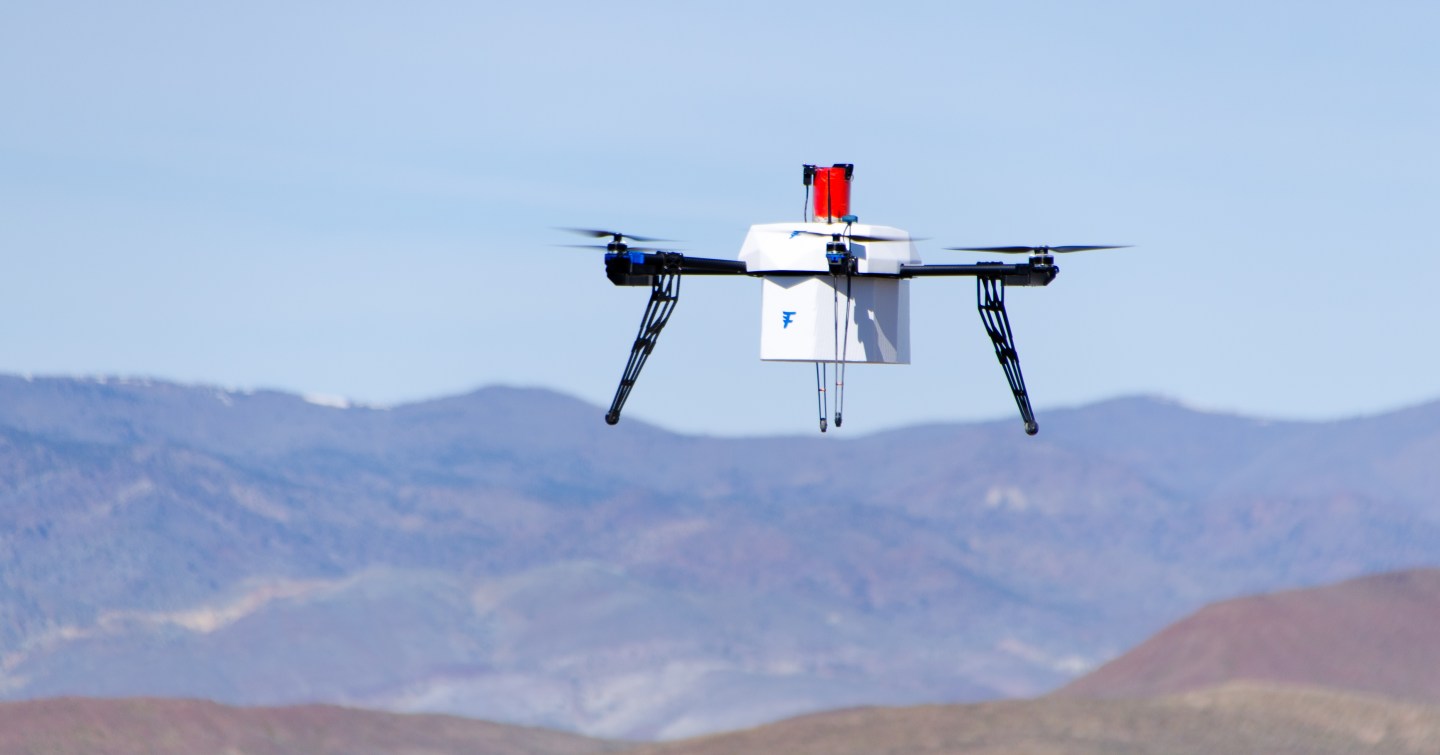 Drone deliveries may be having some trouble taking off in the Unites States, but that doesn’t mean that they’ve been totally grounded.

Drone startup Flirtey said on Friday that it completed the first federally-sanctioned drone delivery in a U.S. urban area without the help of a human to manually steer it.

The half mile-drone flight took place on March 10 in Hawthorne, Nev., Flirtey CEO Matt Sweeny said in an interview with Fortune. Staff members programmed the drone’s flight path using GPS and then loaded a parcel of emergency supplies—including food, water, and a first-aid kit—into a box tethered to one of the company’s drones.

Flirtey then sent the flying robot to an uninhabited house where it eventually lowered the package to the home’s front porch using a rope while hovering above.

Although Flirtey had a drone pilot present to take control if something went haywire, the drone had no problems as it dropped off the package.

The Nevada-based startup performed the delivery with the help of its partner, the University of Nevada at Reno.

Last year, Flirtey made the first Federal Aviation Administration-approved drone delivery in a rural area by dropping off emergency supplies to a health clinic in Virginia.

Sweeny explained that its recent delivery was significant in that it shows that drones can deliver goods to homes without crashing into power lines, rooftops, street lamps, and other common obstacles in populated areas.

“We think the safest way to deliver packages is for the drone to remain at a distance and lower it into the customer’s hand,” said Sweeny.

Big companies like Amazon (AMZN), Google (GOOGL), and Walmart (WMT) are all exploring the use of drones to deliver customer orders. However, getting FAA clearance requires going through a lengthy approval process. Companies must also abide by rules that prohibit deliveries at night and those that are out of the eyesight of human operators.

That’s one of the reasons why Amazon has been testing drone deliveries in other countries like Canada and the Netherlands.

Sweeny said Flirtey was able to win FAA approval for its latest drone delivery over bigger companies like Amazon and Google because of its prior experience testing drone deliveries in Australia and New Zealand.

Separately, the company said in August that it signed an unspecified deal with fast-food giant McDonald’s (MCD). But Sweeny on Thursday declined to comment on its specifics.