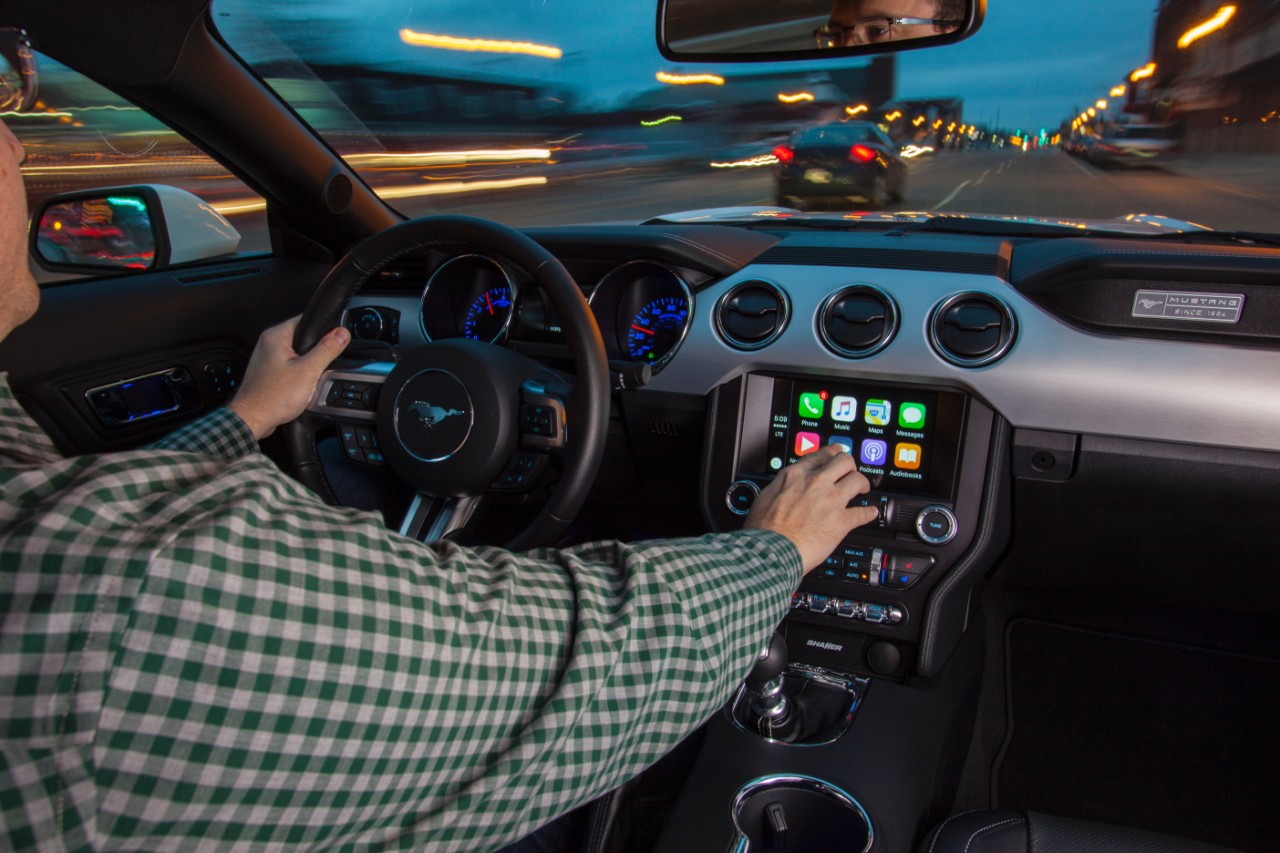 Ford says all of its 2017 model-year cars, trucks, and SUVS will come with Apple CarPlay and Android Auto, two rival software services that let the driver or passengers bring the functions of their smartphone into the vehicle’s central screen.

But Ford isn’t ditching its own entertainment and communications software to make room for Apple and Google. The automaker announced Monday that its entire 2017 model lineup will have Sync 3, the in-car infotainment and communication system it developed that lets users control features such as sending text messages and making music selections by voice or via the touchscreen. Apps such as Spotify, Pandora, AccuWeather and AAA member services have also been added.

The Sync system has been upgraded to accommodate CarPlay and Android Auto, software that lets the smartphone, and many of its apps, to take over a car’s digital display. Once users plug their smartphone into the car’s USB port, the phone’s maps, navigation, and other apps appear on the car’s central screen. Apple CarPlay now works wirelessly.

The Ford Escape, Fusion, Mustang, and Explorer are already available as 2017 models. Other vehicles such as F-150 truck, Focus, Edge and all-new 2017 Super Duty will arrive later this year, the company says.

This is what’s next for Ford:

Infotainment systems developed by automakers are known for being clunky and difficult to use. But Ford has gotten some positive reviews for Sync 3, the most recent iteration of its in-car infotainment system. The company has also decided it can’t ignore Apple and Google’ in-car tech platform.

Ford has taken an all-of-the-above approach to infotainment software. It is adopting Apple and Google’s technology, and pushing its own SmartDeviceLink technology, an open source version of Ford AppLink that gives drivers command and control of smartphone apps through dashboard buttons, display screens, and voice recognition technology.

Earlier this year, Toyota, which has balked at adopting Apple and Google’s platforms, announced it would use Ford’s SmartDeviceLink software in its cars. Automotive suppliers QNX Software Systems and UIEvolution are adopting the technology for their products, Ford has said. And more automakers, including Honda, Mazda, PSA Peugeot Citroën, and Subaru, may follow.

Meanwhile, numerous automakers including GM, Hyundai and Mitsubishi have announced plans to offer adopt Apple CarPlay or Android Auto, or both.