Democratic Convention, Fed Meeting, Apple Earnings—5 Things to Know for the Week Ahead 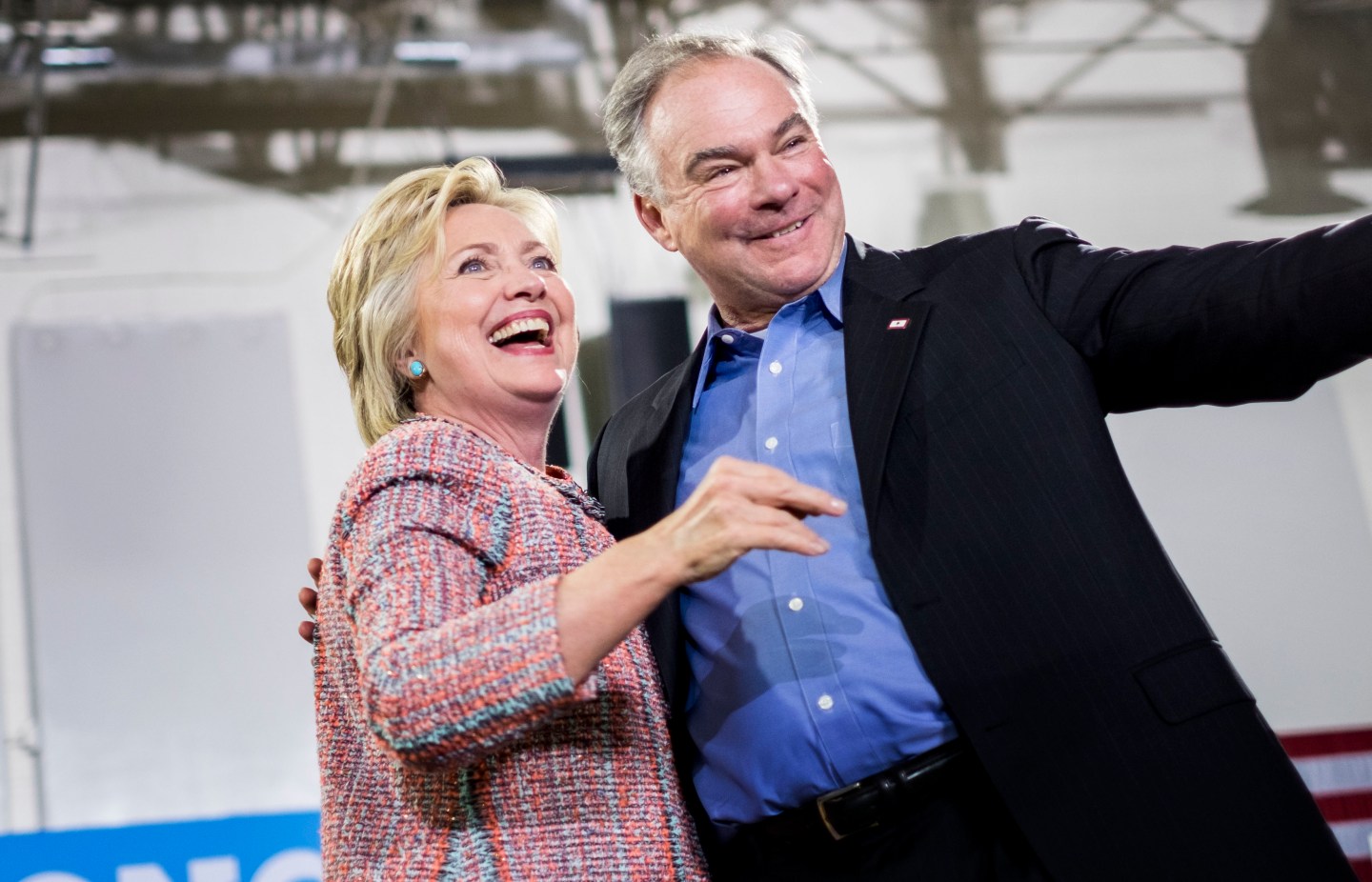 The country has had a couple of days to wind down from Donald Trump’s celebration in Cleveland, but now it is Hillary Clinton’s turn for the spotlight at the Democratic National Convention in Philadelphia. Also this week, Fed leaders will make another interest rate decision, while a long list of Fortune 500 companies will be reporting their latest quarterly results, led by tech giants such as Apple, Alphabet, and Amazon.

Cleveland might still be picking up the balloons, confetti, and grim rhetoric Donald Trump left in his wake after last week’s Republican National Convention, but the GOP’s opposition is already ready to get underway with its own political coronation in Philadelphia. The Democratic National Convention kicks off on Monday, with four days of speakers riling up the party’s base and throwing their support behind Hillary Clinton before she is expected to accept the Democratic nomination for president on Thursday night. Much of the conversation around this week’s convention will likely be around comparisons of the tone and messaging coming out of Philadelphia, as compared to the doom and gloom of Trump’s RNC, as well as Clinton’s ability to unite various Democratic factions—namely onetime Bernie Sanders supporters—and her recent choice of Virginia Senator Tim Kaine as her running mate.

Leaders of the U.S. Federal Reserve will gather for a two-day monetary policy meeting this week, starting on Tuesday. Officials at the central bank will likely focus their discussion on the aftereffects of the U.K.’s decision to exit the European Union and how the “Brexit” could affect the U.S. and global economy. Also of interest to the Fed will likely be the latest U.S. economic data, including the very strong June employment numbers that represented a major rebound from May’s surprisingly weak jobs report. On Wednesday, Fed chair Janet Yellen will hold a news conference in which she is expected to announce that U.S. interest rates will remain unchanged for the near future amid the uncertainty in Europe.

Apple reports its third-quarter financial results on Tuesday and the tech and retail giant is expected to narrowly beat Wall Street’s expectations after offering a weak forecast for the quarter earlier this year due to the continuing sales struggles of the company’s flagship smartphones. Analysts are so far undecided on whether or not the expected release of the iPhone 7 later this year will help Apple boost sales. On Thursday, Google (GOOG) parent Alphabet is likely to report a bump in second-quarter revenue that outpaces analysts’ forecasts. Investors will be interested on how the Brexit has affected Google, which counts on Europe and the U.K. for roughly 29% of its overall revenue. And, Amazon (AMZN) is also expected to beat Wall Street’s projections for the e-commerce giant’s most recent quarter, as the company’s cloud infrastructure business continues to show solid growth.

Verizon (VZ) will likely fall short of analysts’ profit estimates for the second quarter. That would be the the first earnings miss in five quarters for the country’s top wireless carrier and it would come after a massive worker strike at the company weighed down its operations. Still, investors should be more interested in hearing any news with regard to rumors that Verizon is closing in on an agreement to buy Yahoo’s core Internet business. Also reporting quarterly results this week is food and beverage giant Coca-Cola (KO), which is expected to beat second-quarter revenue estimates, while fast-food behemoth McDonald’s (MCD) is likely to fall short of expectations, though the company’s turnaround is still in decent shape after customers responded well to all-day breakfast menu items and the McPick promotions.

Meanwhile, U.S. oil giants Exxon Mobil (XOM) and Chevron (CVX) are both expected to post small second-quarter profits as they look to benefit from the massive cost-cutting measures implemented across the industry after being hit hard for several quarters in a row due to commodity prices that remain at their lowest points in years due to a global oil supply glut.

On Friday, the Commerce Department will end the week with the first look yet at second-quarter gross domestic product, which is expected to show that U.S. economic growth picked up speed to reach a 2.6% annualized rate after only 1.1% growth in the first quarter. Earlier in the week, there will be fresh data on June’s durable goods orders, as well as a host of data expected to show steady growth in the housing market, including reports on new home sales and the S&P Case Shiller house price index.