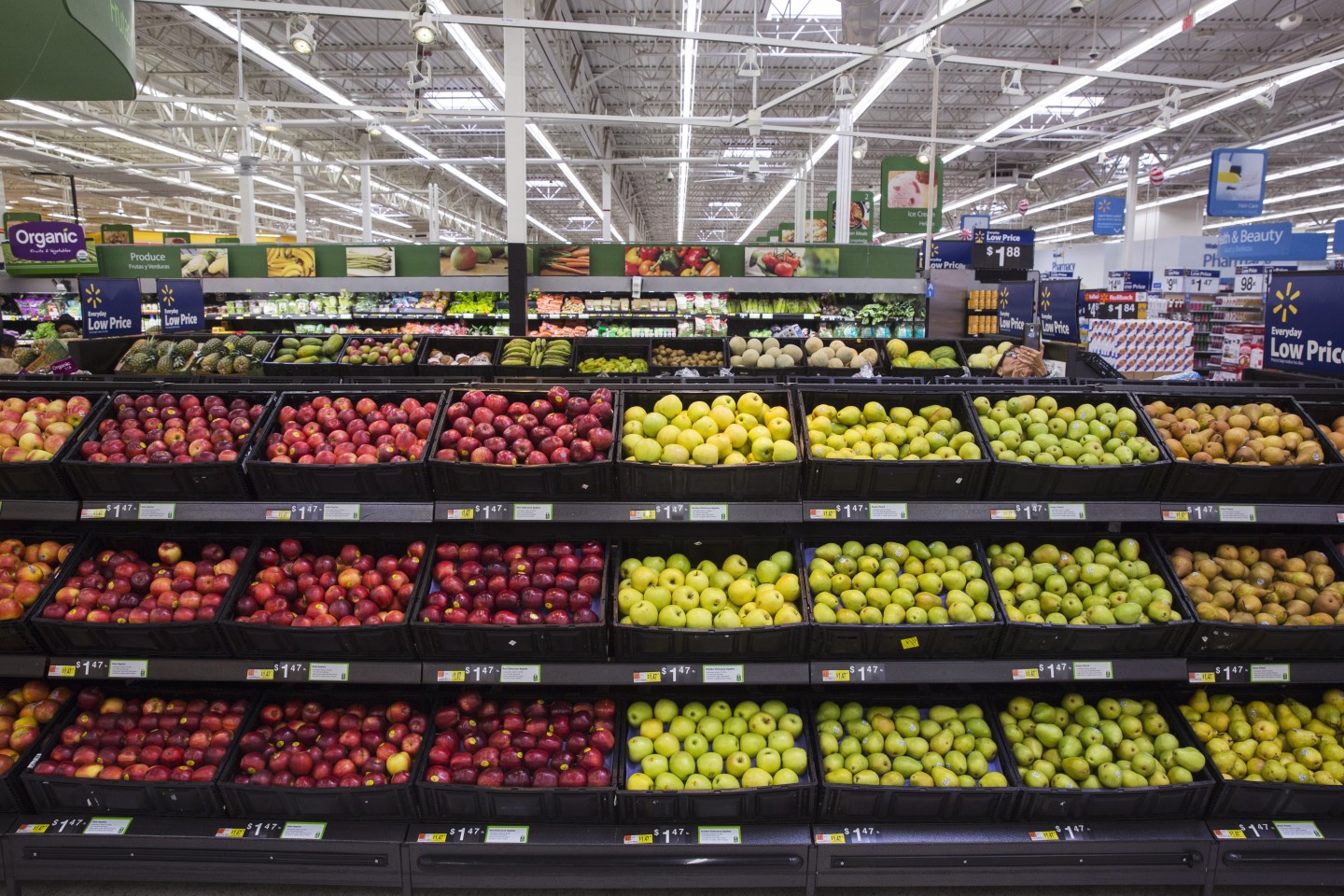 It’s what’s on the inside that counts at Walmart (WMT) —at least when it comes to apples.

So-called ugly fruit and vegetables can look strange because of weather phenomena like hailstorms or heat waves that can damage their surfaces. They don’t taste any different, but grocers typically don’t shelve them, losing plenty in sales and adding to the mounting problem of food waste. Walmart recently estimated that U.S. consumers throw away $29 billion worth of edible food each year.

So starting this week, Walmart is testing sales of weather-damaged apples at a discount, rather than throwing them away. The apples will be sold in two- and five-pound bags at 300 Florida stores with more locations possible later. The retailer has also been testing sales of “Spuglies” (misshapen and smaller potatoes) since late April in 400 Texas stores, spokesman John Forrest Ales told Fortune.

Ugly fruits and vegetables are par for the course on farms, but they present a dilemma for retailers because the reality is that the average consumer is put off by dents and scars, even small ones. Such produce is typically thrown out, contributing to food waste.

“While the texture and flavor remain perfect, the exterior damage usually renders these fruits unsellable in the fresh market because they fail to meet traditional grade standards,” said Shawn Baldwin, senior vice president for global food sourcing, produce, and floral for Wal-Mart U.S., wrote on a company blog post. The move could present a challenge for Walmart, the largest U.S. grocer with sales of about $167 billion last year, as it tries to raise the image people have of its fresh food areas.

Walmart is teaming up with a brand of apples from Washington state, called “I’m Perfect.” Whole Foods announced a similar effort in its Northern California outlets. But with 4,000 stores, Walmart is likely to have a bigger impact. A petition calling on Walmart to stop throwing out damaged but viable produce reached 145,000 signatures on Change.org.