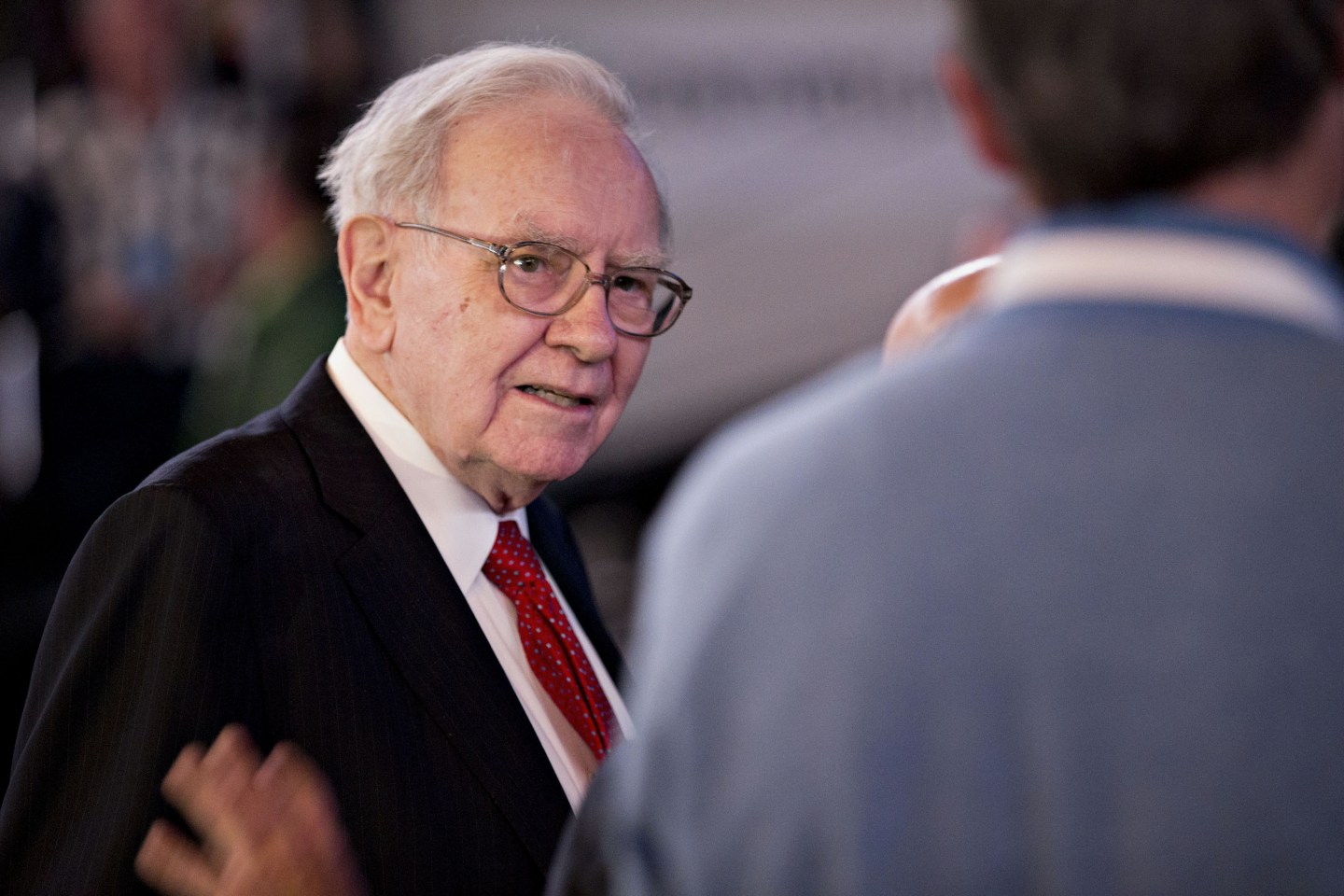 It’s not every day that Warren Buffett, Berkshire Hathaway’s (BRK-A) CEO, and Jamie Dimon, the CEO of J.P. Morgan, are upstaged by a group in the U.K. you’ve probably never heard of and a new British prime minister. That happened this week.

On Thursday, Buffett and Dimon, along with a handful of other large company CEOs, issued a call to action: “The health of America’s public corporations and financial markets—and public trust in both—is critical to economic growth and a better financial future for American workers, retirees and investors,” they said in a letter. “Our country, our economy and the future of our citizens depend on getting corporate governance right.”

Attached to the letter was a list of practices they called “common sense corporate governance principles” that amounted to a basic outline of a code many U.S. public companies today already either agree with or live by, or both, including issues of who sits on the board, the kinds of topics the board should discuss, and the adoption of proxy access.

There was nothing innovative about Buffett and Dimon’s list. Although it includes the idea that directors might speak with shareholders, that was something the Business Roundtable outlined in principles it produced over a decade ago. So too was the call for a review of earnings guidance practices, which the CFA Institute and a panel of the Business Roundtable advocated ending 10 years ago. The Buffett-Dimon practices also included some responsibilities for asset managers. But assigning responsibilities to investors is not new either and the U.K. has produced a much heftier list of requirements in recent years, including six years ago.

Some of the practices are a rubber stamp on outmoded ways of thinking. For example, the CEOs recommend that boards “should have input into” rather than set its own agenda. True, in setting the agenda, a board would be wise to solicit the views of the CEO. But the board should do the setting and a company’s executives should be providing input in a way the board wishes them to. The list of practices also recommends stock-based compensation, which now, after nearly 15 years since Enron and WorldCom’s collapses, is starting to lose its luster. In their recently released book, What They Do With Your Money: How the Financial System Fails Us and How to Fix It, Stephen Davis, Jon Lukomnik, and David Pitt-Watson explain how reliance on equity based compensation, “has enabled economic ADHD to jump from investors to directors.” “This is not healthy for our economy,” they say, noting that “forward-thinking board leaders” are starting to think differently.

The Buffett-Dimon letter does encourage dialogue on the topic of governance, which indeed would be valuable.

In contrast to their anemic foray into governance issues, conservative U.K. prime minister Theresa May last week made a bold call for action to create a British economy and society that “works for everyone.” “Many of our political and business leaders … they still don’t get it … [and] … I want to see changes in the way that big business is governed,” she said. The U.K.-based Institute of Directors, an organization of board members, “welcome[d]” her recommendations.

Responding to the idea that being held accountable was harmful to business, May said, “It is not anti-business to suggest that big business needs to change. Better governance will help these companies to take better decisions, for their own long-term benefit and that of the economy overall.” She described the debt that companies owe society, saying, “It doesn’t matter to me whether you’re Amazon, Google or Starbucks, you have a duty to put something back, you have a debt to your fellow citizens, you have a responsibility to pay your taxes.”

To address the growing gap between executive and worker pay, May advocated that shareholder say on pay votes be binding rather than advisory, as they are now in the U.S. and U.K.

May also called for big changes to who sits on boards so that they include employees, as is the case in some European countries: “In practice, [board members] are drawn from the same, narrow social and professional circles as the executive team and – as we have seen time and time again – the scrutiny they provide is just not good enough. So … we’re going to change that system.”May’s call goes well beyond the Buffett-Dimon memo, which recommended that corporate boards should be able to speak with management members “below the CEO’s direct reports” without asking permission.

In addition to suffering May’s upstaging, on Wednesday, the U.K.’s Financial Reporting Council (FRC) issued a report on “Corporate Culture and the Role of Boards.” Unlike the Buffett-Dimon report, which overemphasizes the role of shareholders, the FRC report addresses the important work of companies in “building trust with stakeholders” and calls for “align[ing] values and strategies.” In contrast to Buffett and Dimon’s recommendations, the FRC report includes a wider variety of voices, including individuals who are not members of management.

One of the most interesting sections in the report includes suggestions on how a board can understand the real culture of the company they represent, including “listen to the internal grapevine and pick up quiet messages” and “review customer complaints and follow up.” In the report, Rupert Soames, the chief executive of Serco, suggests that “individual [non-executive directors] popping in to [various locations of the business] to sniff the breeze works well.”

It’s not surprising that the U.K. is more innovative than the U.S. on many aspects of corporate governance. The system of separate chairs is well-installed there and the U.K. was far ahead of the U.S. in adopting practices like say on pay.

When I advise U.S. board members on what may be coming next, I suggest they look at what is happening in the U.K. because we have a habit of eventually adopting what they do. It would be great if Buffett-Dimon and other top U.S. executives could demonstrate the innovative thinking on governance our economy needs. But if they can’t create their own good ideas on corporate governance, at least they should consider borrowing them from others who do.