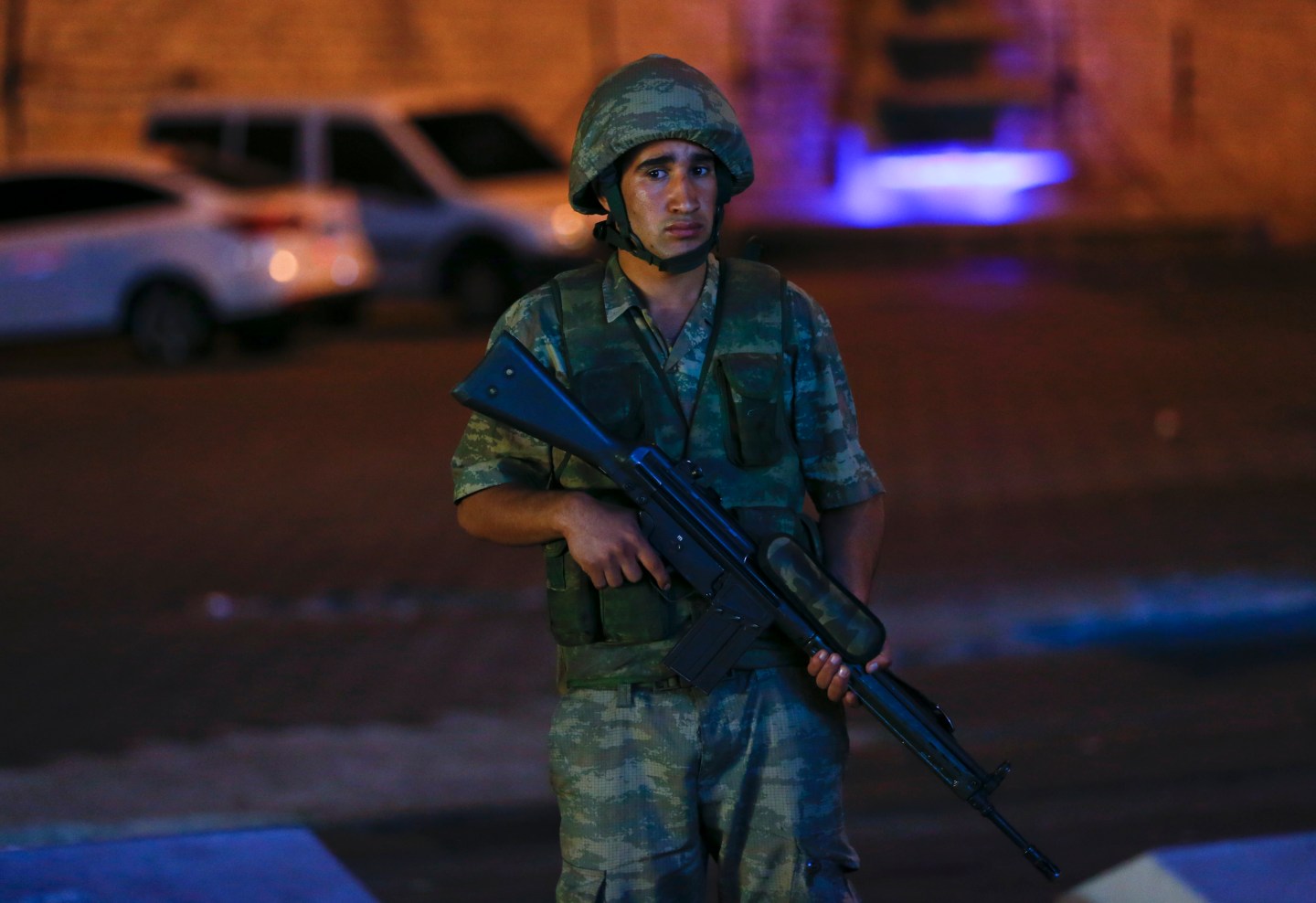 Several high-profile social networking and messaging services were shut down in Turkey on Friday amid an attempted military coup.

It's confirmed that Twitter and Facebook are blocked in #Turkey. I got this when I connected through a Turkish VPN. pic.twitter.com/krRzXCR6oN

The Turkish government often imposes a media ban during periods of political crises that includes blocking access to social media sites and services. The purpose is to prevent potentially damaging news reports on the country that could hurt its image and help opponents organize.

Everything you need to know about #Turkey's social media blackouts in 5 minutes – @CTVNews with @atoker in #Istanbulhttps://t.co/4kYOziKXGa

CTV News said that Facebook, Twitter, and YouTube were blocked for two hours following the initial military coup in the Turkey and have yet to come online. However, other reports and tweets seem to indicate that some people in Turkey are able to access some social networking and messaging services.

#FacebookLive is not completely blocked in Turkey: Many people are currently live https://t.co/KFXJS410uF #Turkey pic.twitter.com/MY1pnakr4N

Twitter’s Periscope video service appears to be working as well for some users.

A YouTube spokesperson told Fortune, “We are aware of reports that YouTube is down in Turkey, however, systems seem to be functioning normally.”

We have no reason to think we’ve been fully blocked in #Turkey, but we suspect there is an intentional slowing of our traffic in country.

Meanwhile Turkish President Recep Tayyip Erdoğan has issued a statement via the video streaming service FaceTime in an undisclosed location. Erdoğan condemned the military uprising and reportedly said that military opponents that are part of the uprising would “pay a heavy price,” the Financial Times reported.

Erdogan, from his presidential plane: "I'm the commander in chief"

Doug Madory, director of Internet analysis at web-monitoring company Dyn, said Dyn noticed that Internet traffic to Facebook and Twitter within Turkey “slowed to a crawl” and rendered the sites inaccessible. Dyn did not spot any problems with YouTube, but Madory said Dyn has “also seen others report problems accessing that website.”

Madory also said in an email to Fortune that Turkey’s methods for blocking access to social media sites and services have gotten more sophisticated over the years. Turkey used to block so-called DNS queries to websites the country wanted to prevent citizens from accessing, which led to citizens using “public DNS services like Google DNS” to bypass the government’s censorship techniques. This time, however, Turkey “appears to be restricting bandwidth when accessing social media,” which “represents a more sophisticated censorship technique that is harder to detect.”

He added that some tech-savvy Turkish citizens could bypass the censorship techniques through using a so-called virtual private network, which provides an encrypted network that prevents unwanted parties from spying on communications.

“Users should still be able to circumvent it using a VPN, but the average user in Turkey may still not have that technology readily available despite a history of Internet censorship in Turkey,” Madory said.

This is a developing story