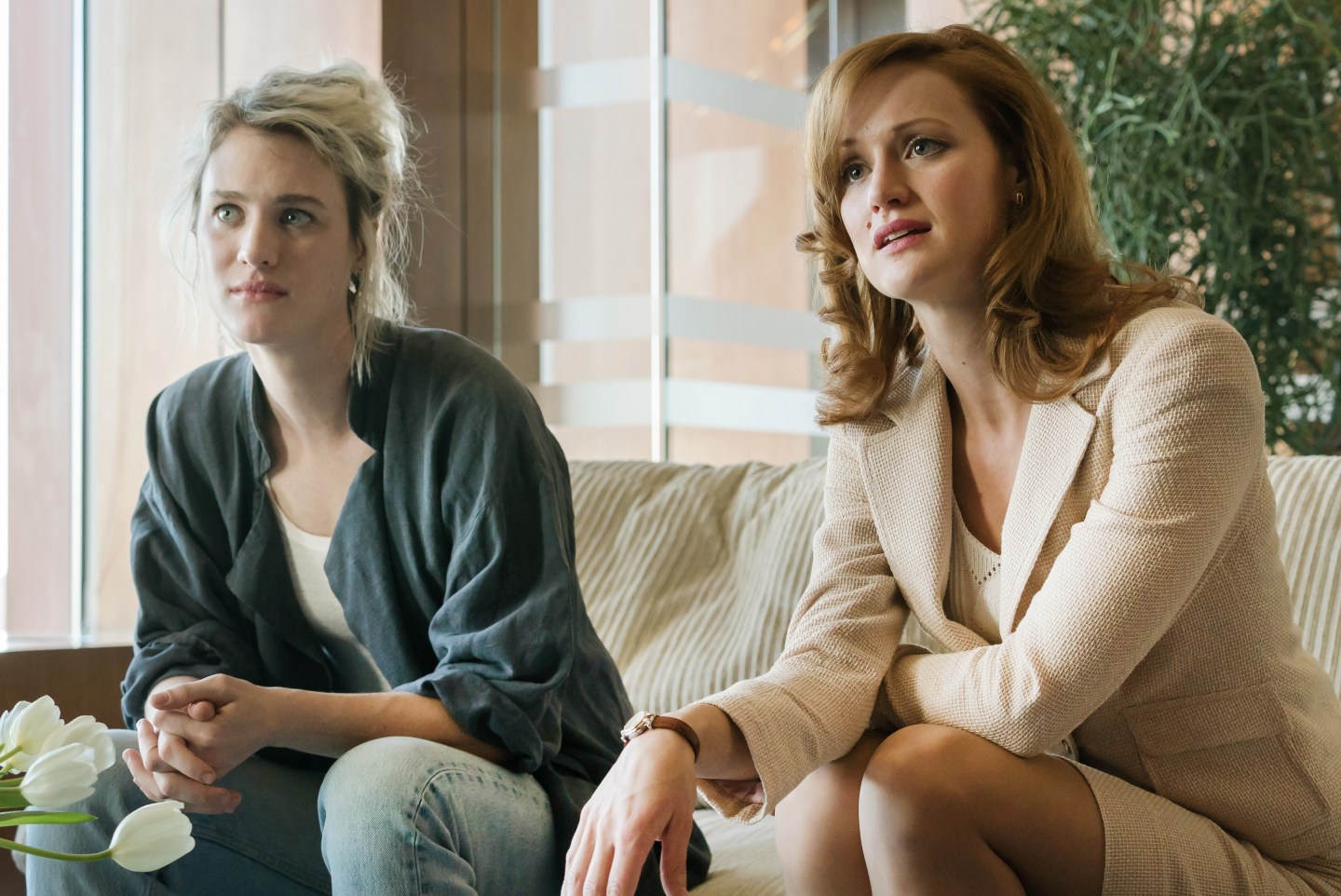 Watching the story of two female tech entrepreneurs on TV shouldn’t be surprising—but it is.

That’s exactly how Halt and Catch Fire, a two-year-old AMC show heading into its third season later this summer, stands out from the flurry of shows about the tech industry that have aired over the last few years. While most of the show’s first season focuses on the entrepreneurial endeavors of its two leading men, by the beginning of the second season, a pair of unlikely startup founders emerged: Donna Clark, and Cameron Howe.

“I’d love to say that it was a huge tactical shift, but it wasn’t,” show co-creator Christopher Rogers told Fortune in an interview about the eventual focus on Donna and Cameron’s startup, a game design company named Mutiny.

Instead, the answer is simply that women like them are part of the technology industry’s history.

For the uninitiated, Halt and Catch Fire is a scripted show set in Dallas— “Silicon Prairie”—in the 1980s during the “PC revolution.” It centers around Donna, a wife and mother, and a brilliant engineer; Gordon, Donna’s husband and an engineer at software company Cardiff Electric; Cameron, a wild young woman and talented computer science student; and Joe, an ambitious Cardiff executive who seeks to make his mark on the industry. Throughout the first season, Gordon and Joe attempt to run their own venture, building a personal computer to rival the IBM Personal Computer. They hire Cameron to develop the computer’s BIOS, a type of firmware that helps it boot up before its operating system kicks in when it’s turned on. Their race to get the computer ready for the soon approaching computer expo, COMDEX (a real convention), is mired with endless twists and turns. Eventually, Donna and Cameron start their own venture, Mutiny.

The show’s premise was inspired by Cantwell’s experience growing up. His own father worked for a computer software company similar to Cardiff in Dallas in the 1980s.

“Once we got a foothold with that,” he said, “we looked for a story in computing that people weren’t as familiar with,” he added, undoubtedly referring to iconic tech industry tales like that of Steve Jobs and Apple (APPL), and Facebook’s (FB) college dropout co-founder, Mark Zuckerberg.

The story they ultimately picked was that of companies, particularly Compaq, changing the course of the computer market when they began to reverse engineer IBM’s (IBM) personal computer to build their own.

“The more we dug into that, the more we discovered things, like there were more women with engineering degrees per capita, and that’s gone down,” added Cantwell. Indeed, women’s study of computer science has declined over the last 30 years. In 1984, 37.1% of computer science degrees in the U.S. were awarded to women, but that number has rapidly fallen since.

“This world is so much larger than it’s typically portrayed,” said Cantwell.

And he’s right. While the stories Jobs, Zuckerberg, and dozens of other men are typically told and retold anytime anyone asks about the rise of the tech industry (or makes a TV show), many women have remained in the shadows. Backchannel recently published a fantastic overview of the contributions of a handful of those women, including Donna Dubinsky who co-founded portable digital assistant maker Palm, Sandy Lerner who co-founded networking tech giant Cisco, and microchip design pioneer Lynn Conway.

And like many—if not most or all—women in the technology industry, Halt and Catch Fire‘s Donna and Cameron also face a number of obstacles due to their gender.

“Nine times out of 10, the problems that Donna and Cameron are facing are very personal to their characters,” said Cantwell of the two women’s challenges throughout the show.

And yet, on several instances, “conventional struggles,” as Cantwell described them, such as sexist venture capitalists and pregnancy, surface and blindside the women—much as they do in real life. In that way, the show acts as a mirror of the industry it depicts despite being a work of fiction.

Moreover, as Rogers said,“Halt and Catch Fire got this opportunity to examine modern issues through a period lens.” Despite being set 30 years ago, much of the sexism portrayed in the show is still present today. From Sheryl Sandberg’s notion of “leaning in,” as seen through Donna’s brave decision to build Mutiny while taking care of her husband and children, to Cameron’s difficulties to command authority at Cardiff.

While the tech industry still has a long road ahead when it comes to gender equality, Cantwell and Rogers say they firmly believe in doing their part in supporting female voices, as seen in their show’s production credits. “Hiring is the biggest thing we can do,” said Cantwell.