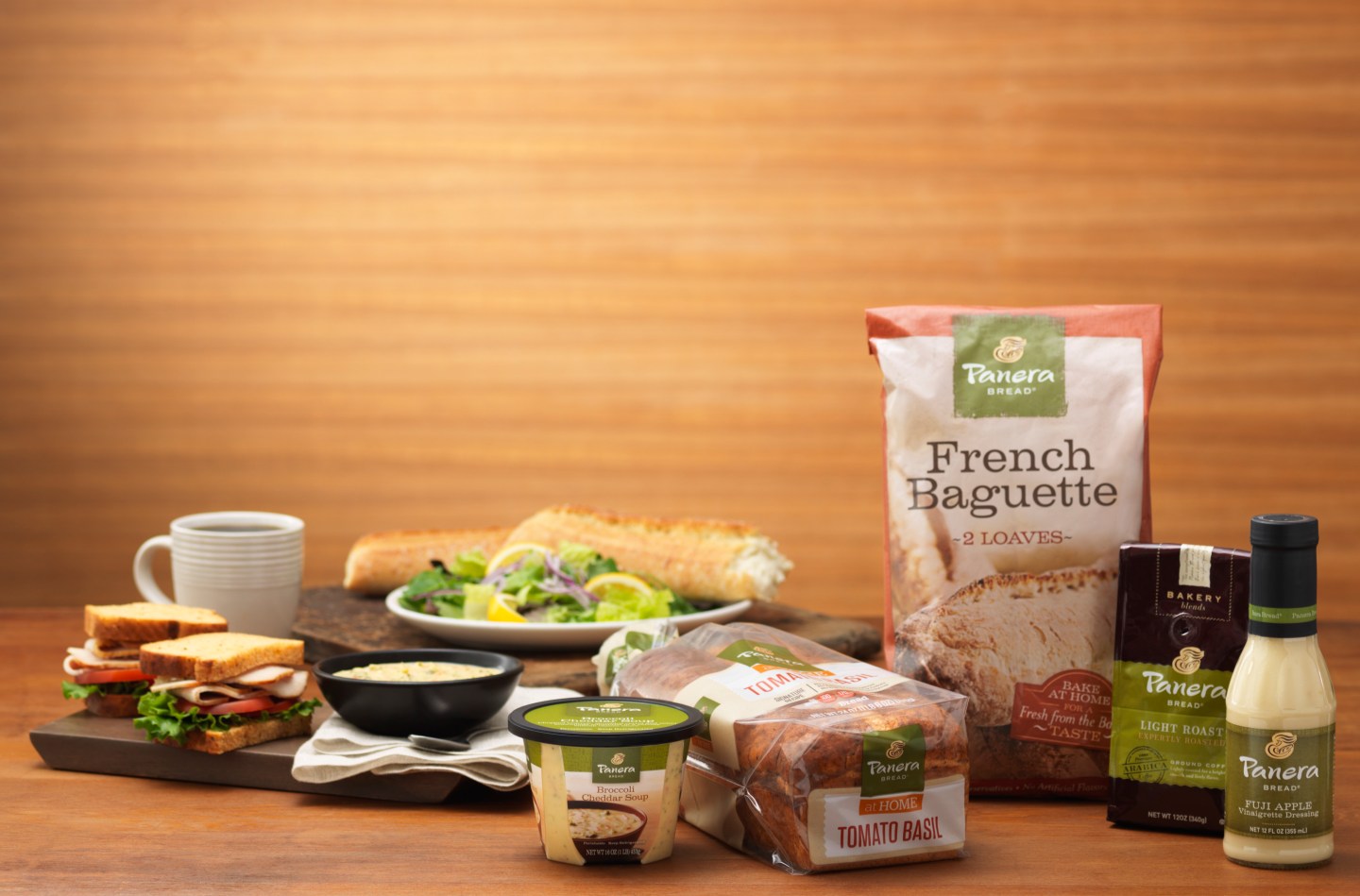 Bakery cafe operator Panera Bread said it will remove dozens of artificial flavors, sweeteners and preservatives from the retail line, called Panera at Home, which is sold at grocery stores across the U.S.

Some notable ingredients that are being eliminated include aspartame, sucralose, butylated hydroxyanisole, and saccharin. The line will adhere to the same “No No List” standards that Panera already outlined for the company’s restaurant locations. The commitment will be achieved at both channels by the end of this year.

Panera Bread (PNRA) founder and Chief Executive Ron Shaich told Fortune he sees opportunity to deliver fresher, “cleaner” food with a clearer message than what Big Food corporations are serving shoppers. And Shaich argues consumers have been clamoring for disruption as well. “People want food that they respect,” Shaich says. “And they want food that they feel respects them.”

While Panera, with about 2,000 restaurant locations, is mostly known as a bakery cafe chain, the company is also making inroads serving branded items in grocery stores like Kroger (KR) and Safeway (SWY) under the “Panera at Home” line. The business, which generates about $150 million in revenue annually, has posted a 50% compound annual growth rate over the last three years. Sales of Panera at Home items, which includes soups, mac & cheese, and salad dressings, jumped more than 20% last year.

As this business grows, it also is evolving.

“This is something we’ve been working on for 10 years,” says Shaich, pointing to past initiatives including a move to only use antibiotic-free chicken in Panera’s dishes. “I view this as an opportunity to help move the world along. It is the kind of food I like to eat.”

Panera has been very vocal about the evolution of the food standards it follows, part of a broader mission statement summed up by the rally call “Food as it should be.” Past initiatives have included drawing a line in the sand on antibiotics in meats, trans fat, removing artificial additives, and adding calorie information to all menus.

The removal of artificial flavors and sweeteners gives the company an opportunity to lure shoppers that have increasingly shown a certain level of distrust that has hurt sales of Big Food’s most popular brands. Amid that turmoil, hundreds of startups have invaded grocery aisles with their own alternatives, a trend that has accelerated to the point where some have become takeover targets by Big Food.

Shaich is so bullish about the opportunity that he says the Panera at Home line can one day grow to become a $1 billion business. Why is he so optimistic? He thinks that consumers are now demanding more from the brands they support and aren’t just lured by savvy marketing campaigns.

As a consumer, Shaich says he always looks at a food item’s label with high standards that he has cultivated over the past decade.

“I want to eat food that I feel good about eating and that I respect,” he says. “One of the big issues that some mass manufacturers have is that the brands have no promise relative to the integrity of the food. We are trying to be clear about what clean food means to us.”