Apple Catches Up to Spotify With Apple Music Redesign 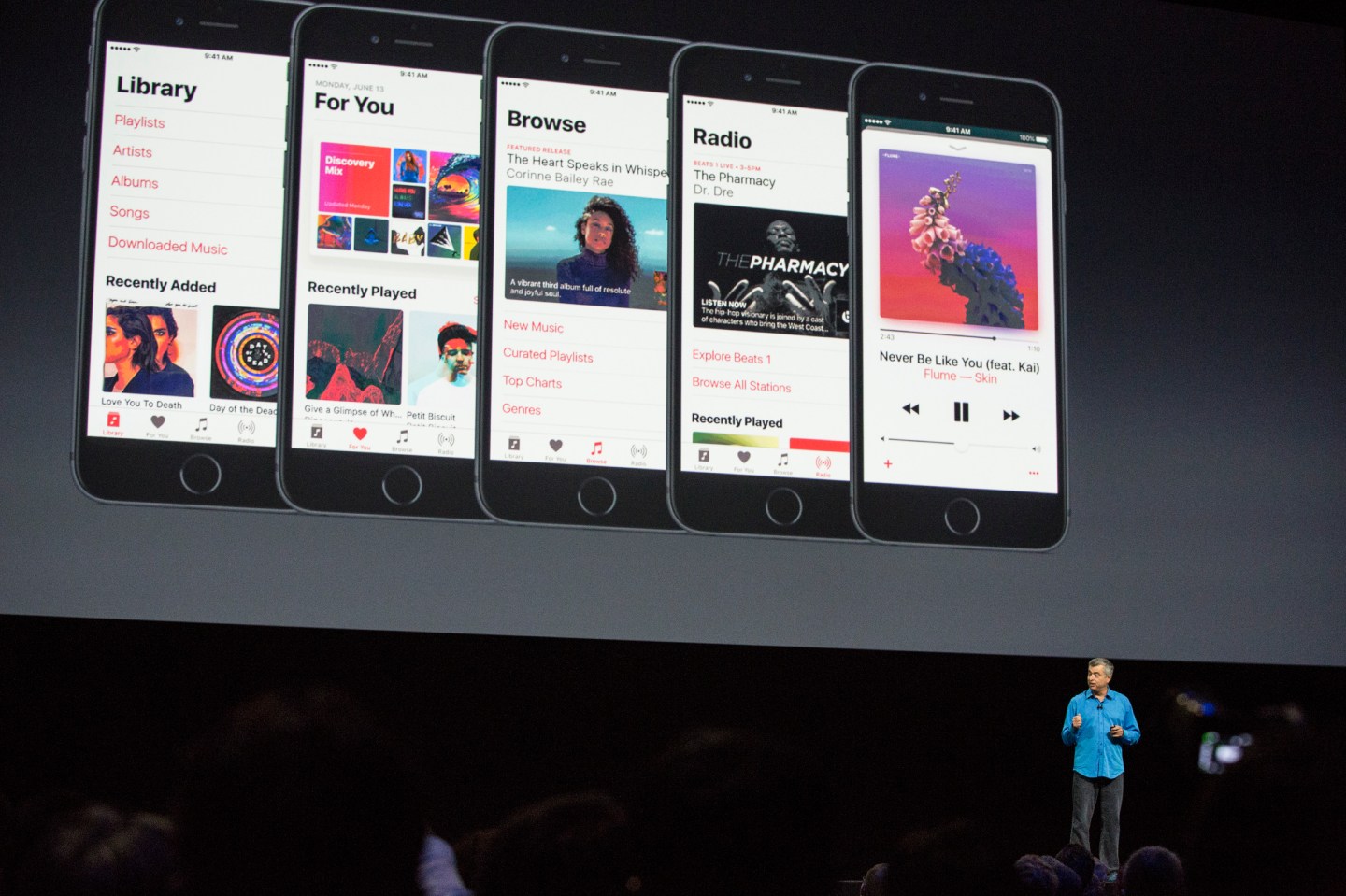 Apple developers and employees do not know the lyrics to The Sugarhill Gang’s Rapper’s Delight, as a demo of the newly redesigned Apple Music on Monday proved.

Apple head of global marketing Bozoma Saint John tried to lead the audience through the lyrics as she showed off a new lyrics feature that brings up a song’s lyrics when its played during the company’s annual developer conference in San Francisco. Though almost none were singing along, Saint John made her point as she ran through the new design of Apple’s one-year-old music streaming service that it first unveiled at this same conference last year.

Apple Music’s new look is supposed to put the music at the center, as Eddy Cue, Apple’s senior VP of Internet software and services, said on stage. “We want to give great clarity and simplicity to Apple Music,” he said of the service, which has 15 million subscribers less than a year after its debut.

One notable new feature in Apple Music is the “For You” section. Along with daily playlists, the section also includes a Discover Mix, a playlist based on the user’s tastes and listening habits, which that appears to be a copy of Spotify’s Discover Weekly. The Browse section is where music charts and related suggestions will appear, much like Spotify’s Browse section. All in all, it looks like Apple is playing catch-up, although users who did switch over from Spotify are more likely to feel at home.

Apple Music’s radio is still holding on strong. Its Beats1 station is available in almost 100 countries, according to Saint John, and is “well on its way” to become the world’s biggest radio station. Apple is also adding more computer-generated stations for offer more variety to listeners.

Apple Music was born from Apple’s acquisition of Beats for $3 billion in 2014, whose music streaming service it eventually shut down to repurpose it into Apple Music. Although it doesn’t offer a free, ad-supported tier (only a three-month trial), the service has seen surprising growth. Just six months after its launch it had 10 million subscribers, something that took rival Spotify six years to achieve.