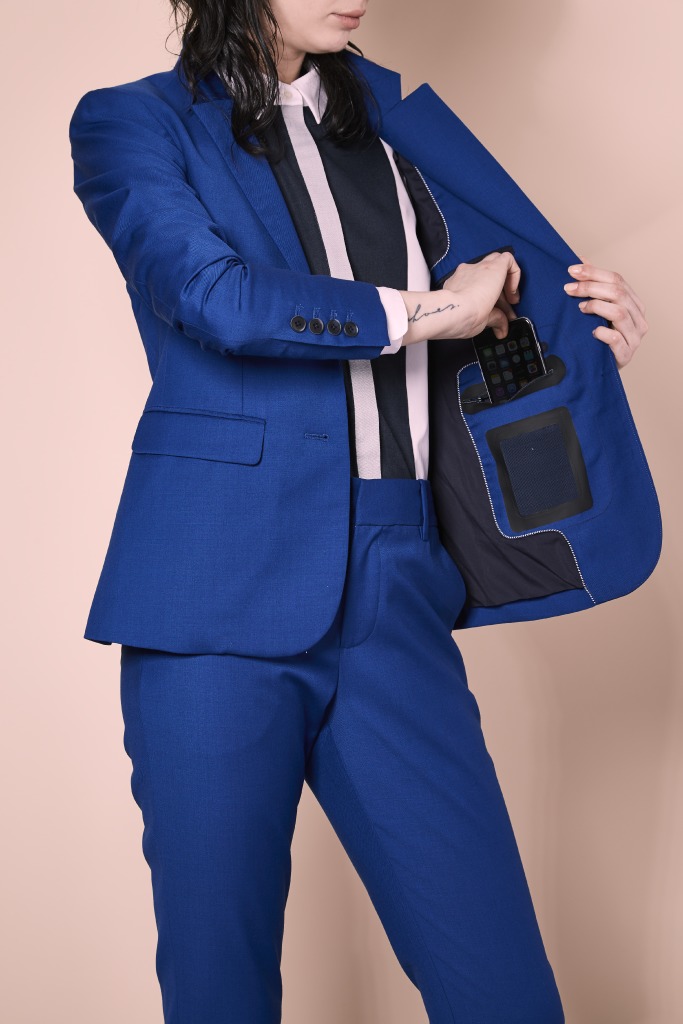 After spending nearly a decade working in finance and technology, Sali Christeson was frustrated by the lack of quality clothing options for working women. Many of the existing clothes were overpriced, and Christeson realized there was an opportunity in the $34.9 billion clothing market for professional women.

Her brainchild is Argent, clothing brand launched in May that is focused on creating functional work clothes for women. And she teamed up with designer Eleanor Turner, who has worked for retailers like Tommy Hilfiger, Tory Burch and J.Crew, to create the fashion line.

“The data suggests women are judged in the workplace by what they wear,” explained Christeson. “But women aren’t being talked to when it comes to shopping for clothes around work.”

The key to Argent’s clothes is function. For example, Argent’s Crossover Blazer, which retails online for $325, has fitted pockets for things like phones, pens and pencils and even a lip gloss. The blazer includes a see-through, mesh pocket on the inside of the jacket for a phone so that women can see the screen if necessary without having to pull it out. The blazer also includes an earphone channel that lets women thread their earphones through their blazer sleeve. Additionally, pants, which retail for $225, include a loop on the beltline where women can fasten their corporate IDs, and come with hidden pockets for stowing credit cards.

“We are hyper-focused on designing for the working woman,” said Turner.

Argent is in the process of closing $1.5 million in funding from an undisclosed group of investors.

Women’s clothing is a competitive market and filled with large retailers that have the same goals as Argent. J.Crew, Banana Republic, and Ann Taylor all offer professional clothes at slightly lower prices than what Argent charges. There are also more niche brands such as Theory, Rebecca Taylor, Vince and many other that sell business and business casual clothing. These brands also have the benefit of distribution at large retailers such as Bloomingdales, Saks Fifth Avenue, Nordstrom and Neiman Marcus. Christeson said that for now, Argent’s clothes will only be sold via its online site as well as in “pop-up shops.”

Christeson also insisted that although many brands and retailers create workwear Argent’s clothes fulfill a gap in the space for high quality clothes that provides specific function for professional women.