Making Workers Happy Is Paying Off for Walmart 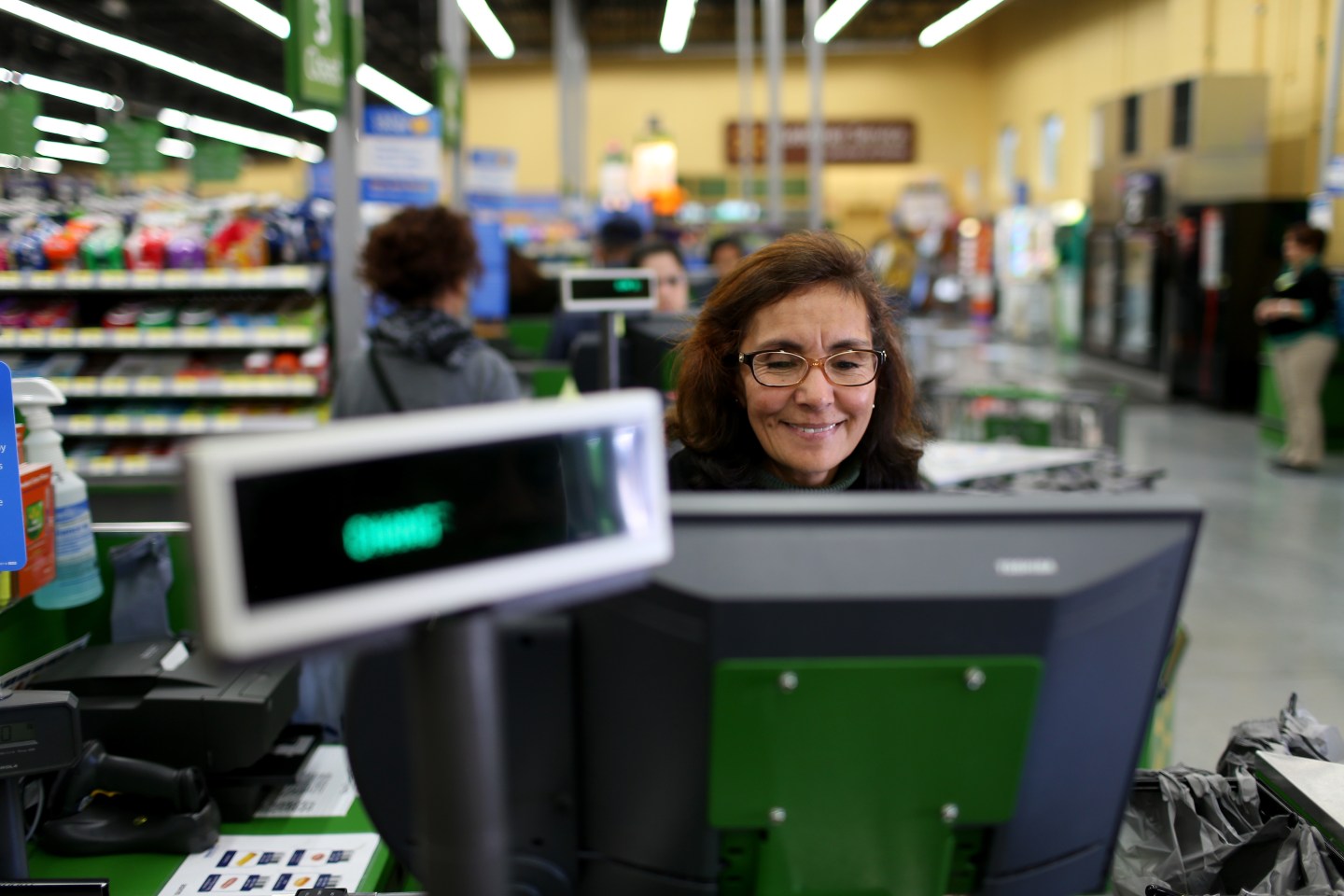 In the last year and a half, Walmart (WMT) has invested heavily in giving its U.S. store workers raises and bonuses and more training in the hope of improving long lagging customer scores.

And now this moves—like spending $2.7 billion on raising starting wages for hundreds of thousands of workers—seem to be paying off. Walmart executives told U.S. employees this week that customer service scores on whether its stores are “clean, fast and friendly” have risen for 79 weeks straight. It’s a startling turn of events for a retailer that has routinely ranked well below peers on countless customer surveys.

Walmart’s internal studies measure levels of satisfaction for tens of thousands of its shoppers each month and look at factors like speed at check-out, store cleanliness, whether items are in stock, and the helpfulness of workers. Attention to detail, like greeting customers with a smile on the sales floor or helping them understand how a promotion on the app, is key, and it has required a more motivated staff.

“It’s the tiny, noticeable things that should be in our DNA,” Walmart U.S. COO Judith McKenna told 2,600 associates at a meeting this week ahead of parent company Wal-Mart Stores’ annual meeting on Friday. “Giving away a smile costs nothing.”

The improvement is behind a fragile comeback for Walmart U.S. Last month, the retailer reported its seventh straight quarter of rising comparable sales, or sales at stores open more than a year, with a 1% gain. But Walmart management knows full well that shoppers can easily defect to rivals like Target (TGT), discount grocer Aldi, or even Dollar General (DG) if they’re disappointed.

This winter, Walmart U.S. CEO Greg Foran said that some 76% of the stores got a passing grade, well above a year earlier. When asked recently by Fortune where that percentage stood now, he did not specify but said the retailer would keep raising the threshold for what constitutes a passing grade.

In March of 2015, Walmart sweetened the pie for employees by bringing back an employee incentive program, originally introduced by founder Sam Walton in the late 1970s, to motivate workers to sell more items in their departments to customers.

The program comes at a time when employees are being asked to spend more time helping shoppers as the integration of e-commerce with physical stores has added to the tasks they perform. But Walmart is taking steps to get them up to speed.

In February, the retailer opened the first of its in-store “academies,” areas in part of the store that have been reconfigured to provide training. Walmart goes all in, including a cap and gown ceremony at the end of the two-week training. By the end of next year, more than 200 Academies (each serving workers from about 26 stores) will have opened and provided instruction to about 140,000 associates annually.