Here’s Why Walmart Shares Are Skyrocketing 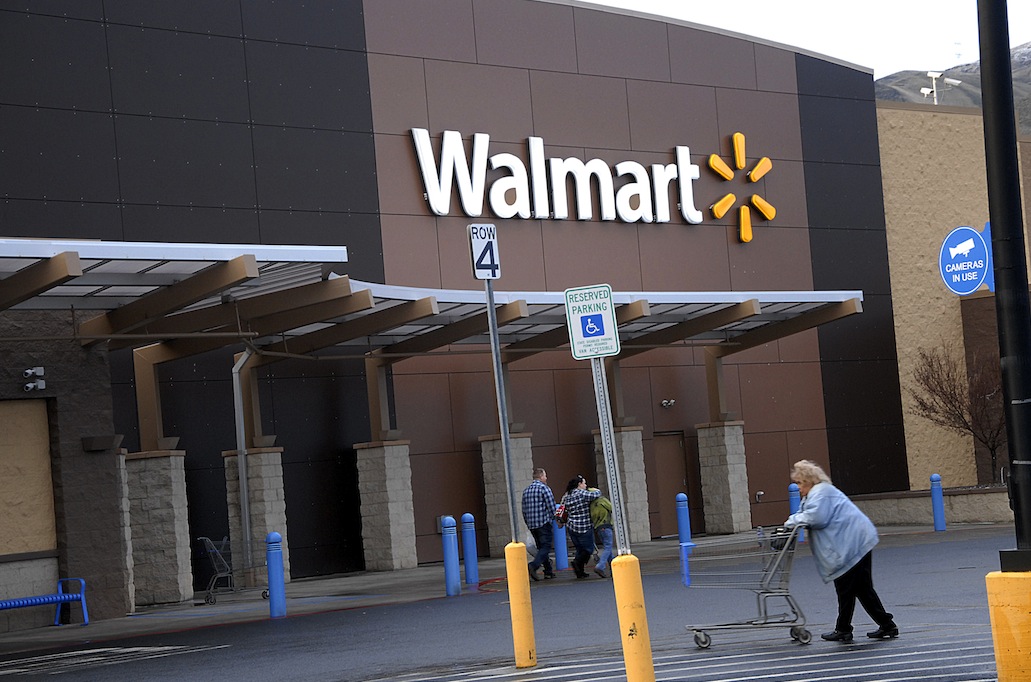 Walmart has invested billions in the last two years on higher wages for U.S. workers, better e-commerce firepower, improving its stores, and better syncing inventory with demand to avoid out-of-stocks.

Those efforts are paying off: The Bentonville, Ark.-based company reported that comparable sales, which strip out the impact of newly closed or opened stores, rose 1% in the quarter, as it got more people to visit its U.S. stores for the sixth straight quarter. (The United States generates about 70% of company sales.)

“It’s exciting to see the improvement in core retail fundamentals,” Wal-Mart Stores CEO Doug McMillon said on a prerecorded call. The better inventory management, along with the higher wages and training are giving “our associates more time on the sales floor to serve customers.” That, he said, was lifting consumer scores.

One blemish on an otherwise solid quarterly report was the tepid growth in Walmart’s e-commerce. With sales last year in excess of $13 billion, the company is the second largest online retailer after Amazon.com (AMZN). But in the first quarter, online sales rose just 7% for their slowest pace yet and a rate McMillon said was “too slow.”

Walmart, which operates stores abroad as well as Sam’s Club, reported net income of 98 cents per share, well above the 88 cents Wall Street was expecting. Total revenue for the period came to $115.9 billion, better than analyst forecasts for $112.67 billion.

Walmart’s results come after a slew of retailers, including arch-rival Target (TGT), reported disappointing results, that have pressured the shares of most large store chains.