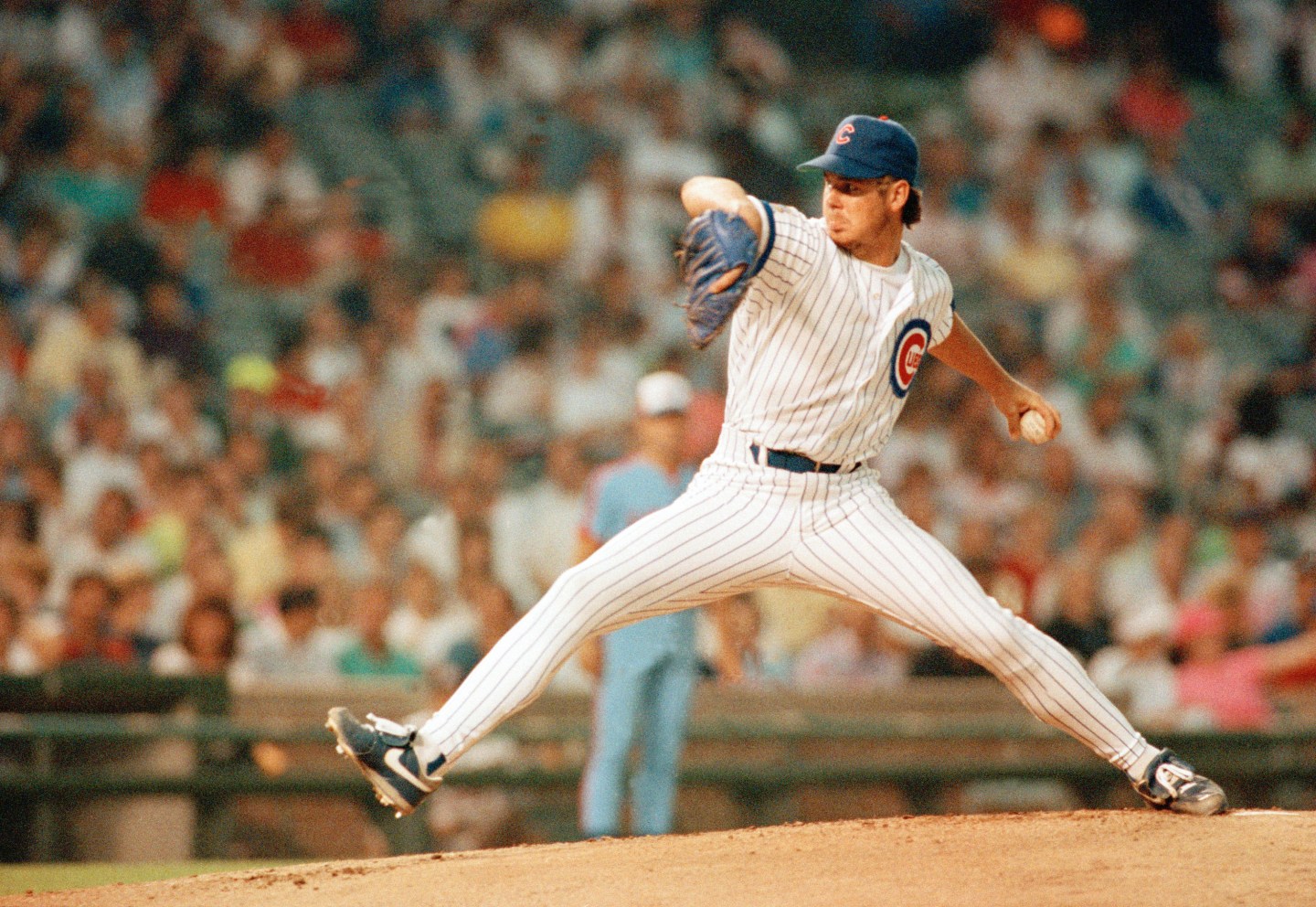 Chicago Cubs pitcher Mitch Williams fires a pitch in the first inning against the Montréal Expos Monday night in Chicago, September 10, 1990. Williams was making his first appearance as a starter in the National League and second of his career. He pitched three innings, giving up four runs on four hits before being removed from the game. (AP Photo/Fred Jewell)
Photograph by Fred Jewell — AP

You can scratch Mitch “Wild Thing” Williams from the list of mystery names who are receiving money from a billionaire in a shadowy scheme to sue Gawker Media out of existence. On Wednesday, a lawyer for Williams, who is suing over an embarrassing 2014 sports story, confirmed he is not part of the scheme.

The scheme, if you haven’t heard, was hatched by tech mogul Peter Thiel, who admitted last month that he has spent around $10 million to bankroll lawsuits aimed at Gawker.

The most prominent case involves wrestler Hulk Hogan, who recently won an eye-popping $140 million judgment against Gawker. But the company says there are at least two other lawsuits backed by Thiel. And for now, no one can say for certain who the plaintiffs are.

Williams was a definite possibility. The ball player, who earned his nickname for his wild delivery on the mound, sued Gawker two years ago after the company’s sports site Deadspin published allegations that Williams had cursed out 10-year-olds and ordered a beanball during a kids tournament.

And on Wednesday, Gawker founder Nick Denton referred to a court victory over Williams case in a widely leaked memo to staff about Thiel and the legal campaigns being waged against the company.

“It’s easy to see the company as legally under assault. But today’s news in the Mitch Williams case shows that, even if the wheels of justice turn slowly and expensively, they do turn. Legal protection for true stories remains strong. We just have to persevere,” wrote Denton.

The memo could be interpreted to mean that Williams received support from Thiel. But on Wednesday a lawyer for Williams told Fortune unequivocally that no third party is paying for the lawsuit. (The lawyer, Laura Mattiacci, also said Williams will appeal a court decision this week to throw out the libel case, and that he is still pursuing a wrongful dismissal suit MLB Network, which fired him after the Deadspin story.)

This raises the question of who, if not Williams, are also taking Thiel money to sue Gawker. Denton’s memo also mentioned an entrepreneur, Shiva Ayyadurai, and a journalist, Ashley Terrill. Both are suing Gawker (court records also show dozens of other claims) but Denton does not say outright that someone is paying for their lawsuits.

A spokesperson for Gawker, Lexi Georgiadis, did not respond to questions about the Denton memo.

Meanwhile, the Thiel-backed lawsuits, which have roiled the media and tech world, will continue. The billionaire’s campaign to destroy Gawker has raised serious questions about the ethics of litigation finance, which permit wealthy companies and individuals to fund lawsuits for profit or revenge.

The practice is controversial in part because rules on attorney-client privilege make it easy for those like Thiel to keep their activities a secret.

An earlier version of this story incorrectly stated Williams earned his nickname with the Chicago Cubs. He earned it with the Texas Rangers.