Bieber Is Right Not to Be ‘Sorry’ About This Copyright Lawsuit 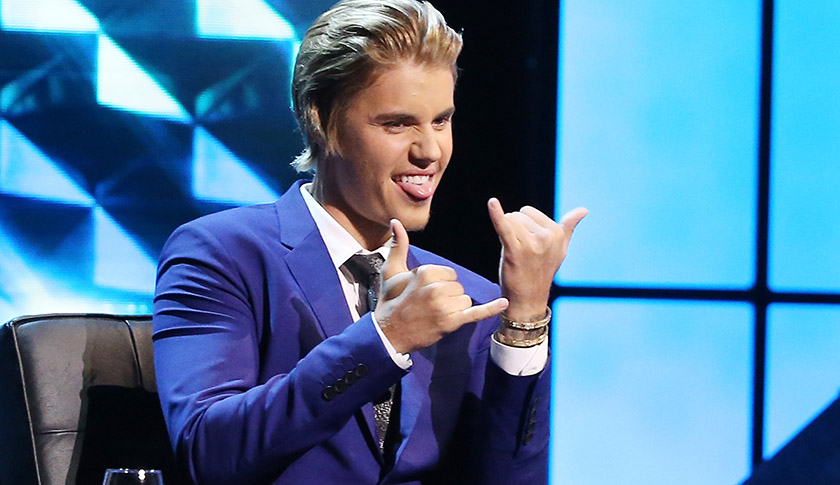 I’m no Justin Bieber fan. Heck, I even signed that petition a few years back to have the White House deport the Biebs because he is a cultural nuisance. But when it comes to this copyright lawsuit, we should all have his back.

News of the lawsuit emerged last Friday. It concerns an indie singer named White Hinderland, who claims Bieber and his producer Skrillex ripped off a vocal sequence for the smash hit “Sorry.”

The disputed vocal sequence comes at the very opening of “Sorry” during which Bieber coos something like “ah, ooo–ooo–ooo.”

Hinterland (or, more precisely, her lawyer) says the refrain is the same as one in her song “Ring the Bell,” and that Bieber’s “wrongful conduct has deprived Plaintiff of the benefit of her exclusive right to … her copyrighted works.”

The singer is now asking a Tennessee court to order Bieber and his gang to pay damages, and for an injunction barring them from using that piece of music.

Bieber, to his credit, is having none of it. The Canadian star on Friday tweeted a video showing how he produced the vocals, and suggesting he did not infringe Hinterland’s copyright:

Others have since taken to YouTube to compare the two pieces. (This clip, which suggests the opening of “Sorry” was crafted from Bieber’s own voice, is worth a look since it shows a technical construction of the two songs.) Hinterland’s lawyer, meanwhile, will no doubt counter by pointing to a musicologist’s report, cited in the lawsuit, that says the pieces of music are the same.

But whatever’s going on, let’s hope Bieber fights this in court since these types of cases are ridiculous—and bad for copyright and creativity.

Let’s start with where this case was filed: the U.S. District Court for the Middle District of Tennessee. As a lawyer writing at J.D. Supra notes, this choice of venue is no coincidence. It lies in the the 6th Circuit, which has issued a series of infamous copyright rulings in the past that effectively banned sampling and, in the process, nearly destroyed hip-hop.

This venue shopping is just one aspect of a cynical business model in which trolling copyright lawyers use technology to discover similarities between pieces of music, and then embark on a sort of shakedown. As Charles Cronin, a copyright authority at the University of Southern California, told the Fashion Law Blog in relation to the Bieber case:

“Music infringement claims tend to be settled early on, with financially successful defendants doling out basically extorted payoffs to potential plaintiffs rather than facing expensive, protracted and embarrassing litigation.”

Does this mean anyone should be able to help themselves to an artist’s work without permission? No, of course not. But it’s also absurd to require every musician to call a lawyer when they want to use a few seconds of sound.

These sort of rules don’t encourage creativity, which copyright is supposed to do, but instead suppress it by taking away basic building blocks of art. It’s like telling a writer she can’t use the phrase “once upon a time” or a painter he can’t use a type of brush stroke.

Fortunately, copyright law has some safety valves in the form of the “De Minimis” doctrine and “fair use” that can stop some of this silliness. Let’s hope Bieber takes up one these or another defense, and makes White Hinterland and her lawyer “sorry” they sued in the first place.