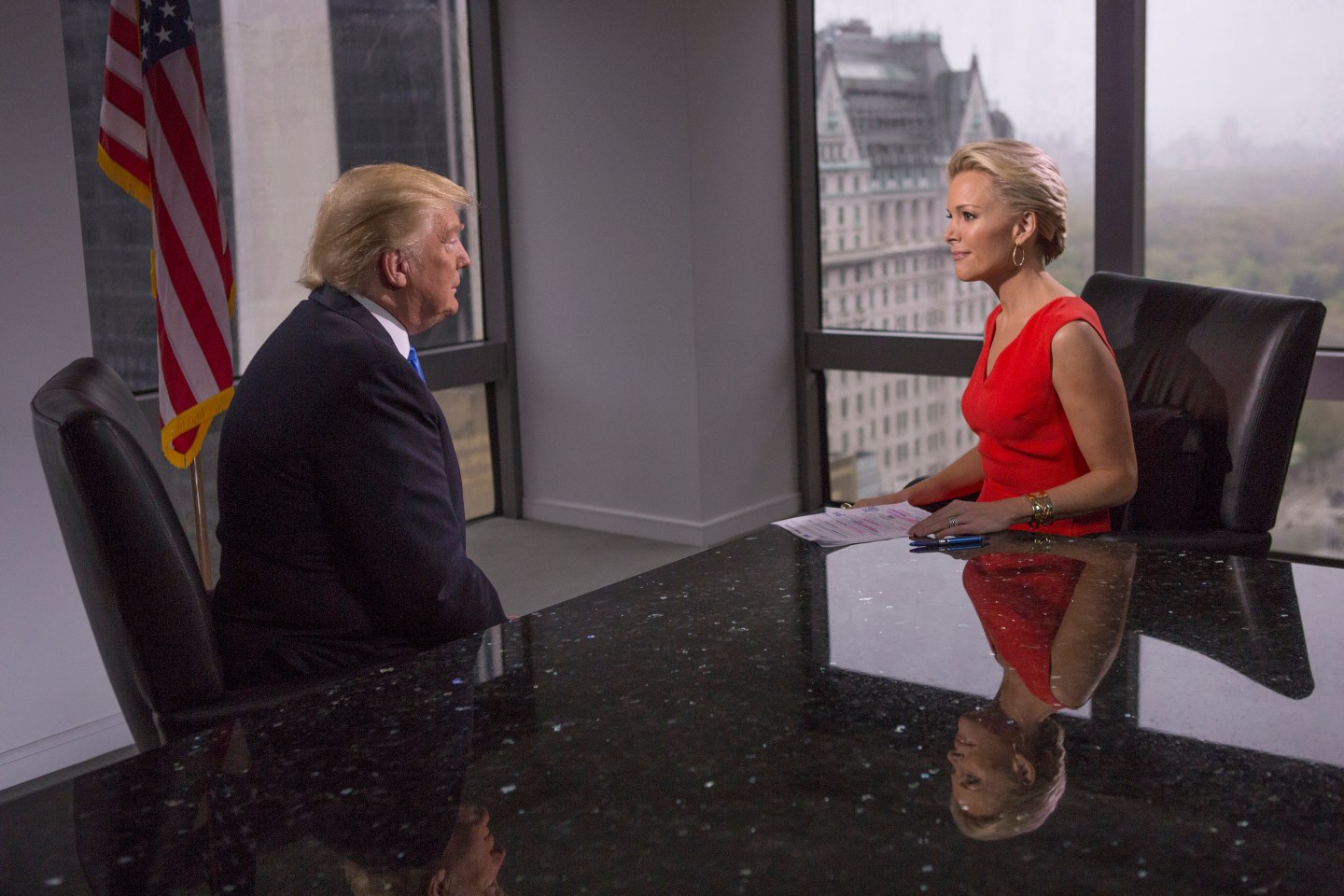 Roughly nine months after Fox News’ Megyn Kelly first clashed with Donald Trump, the network anchor faced off once again with the presumptive Republican presidential nominee Tuesday evening on a prime-time special on FOX. But, anyone hoping for more fireworks between the two onetime foes, had to settle for what appeared to be a feud-ending chat marked more by civility than controversy.

Nine months have passed since the first GOP primary debate, where Kelly confronted the billionaire real estate mogul with past misogynistic comments he has made, leading to months of clashes between the two in which Trump regularly insulted Kelly via social media and skipped a pair of subsequent Fox News debates. At the start of the special, Kelly promised “an electric exchange between yours truly and Donald Trump” before kicking off the program with a string of clips rehashing the pair’s various clashes.

“It’s been a long nine months,” Kelly said to start the interview. “It has been a long time, I agree,” Trump responded.

From there, Kelly ran down a list of controversial remarks and insults Trump has said over the course of his campaign—including remarks about Senator John McCain getting captured during the Vietnam War and former rival Carly Fiorina’s face—and asked if the former reality TV star now regrets any of those comments. “Yeah, I guess so,” Trump said, though he noted that he doesn’t think it’s “healthy” to obsess over mistakes.

Trump also dodged a question from Kelly about bullying and whether or not his demeanor and tactics throughout the election cycle could set a bad example for children. Trump argued that the insults he has hurled at rivals during the primaries came in response to comments those rivals made about him. “I’m responding. Now, I then respond, maybe, times ten,” he said.

While Trump admits that he does have some regrets about some of the comments he has made in recent months, he said he would not change the tone of his campaign. He told Kelly that he didn’t want to be “soft” and he attributed at least some of his political success to the very tone and tactics that have so frequently caused a stir and kept him in the headlines. “If I would not have fought back the way I fought back, I don’t think I would have been successful,” Trump told Kelly.

To be sure, Trump’s tone and overall demeanor does seem to have contributed a great deal to his success in the GOP primary—he is the party’s presumptive nominee—though it remains to be seen if that success will carry over into a general election. As for Kelly and Fox (FOX), whether or not Tuesday night’s much-hyped face-off with Trump will be deemed successful will be more clear once the special’s ratings are released on Wednesday.

Meanwhile, as various pundits and historians across the globe debate if and how Trump’s surprising political ascendancy will shift the overall tone of U.S. politics going forward, the candidate himself feels like only a win in November will make a difference. On any lasting effects of his candidacy should he not win the presidency, Trump told Kelly that, should he lose, “I will consider it to be a total waste of time, energy, and money.”