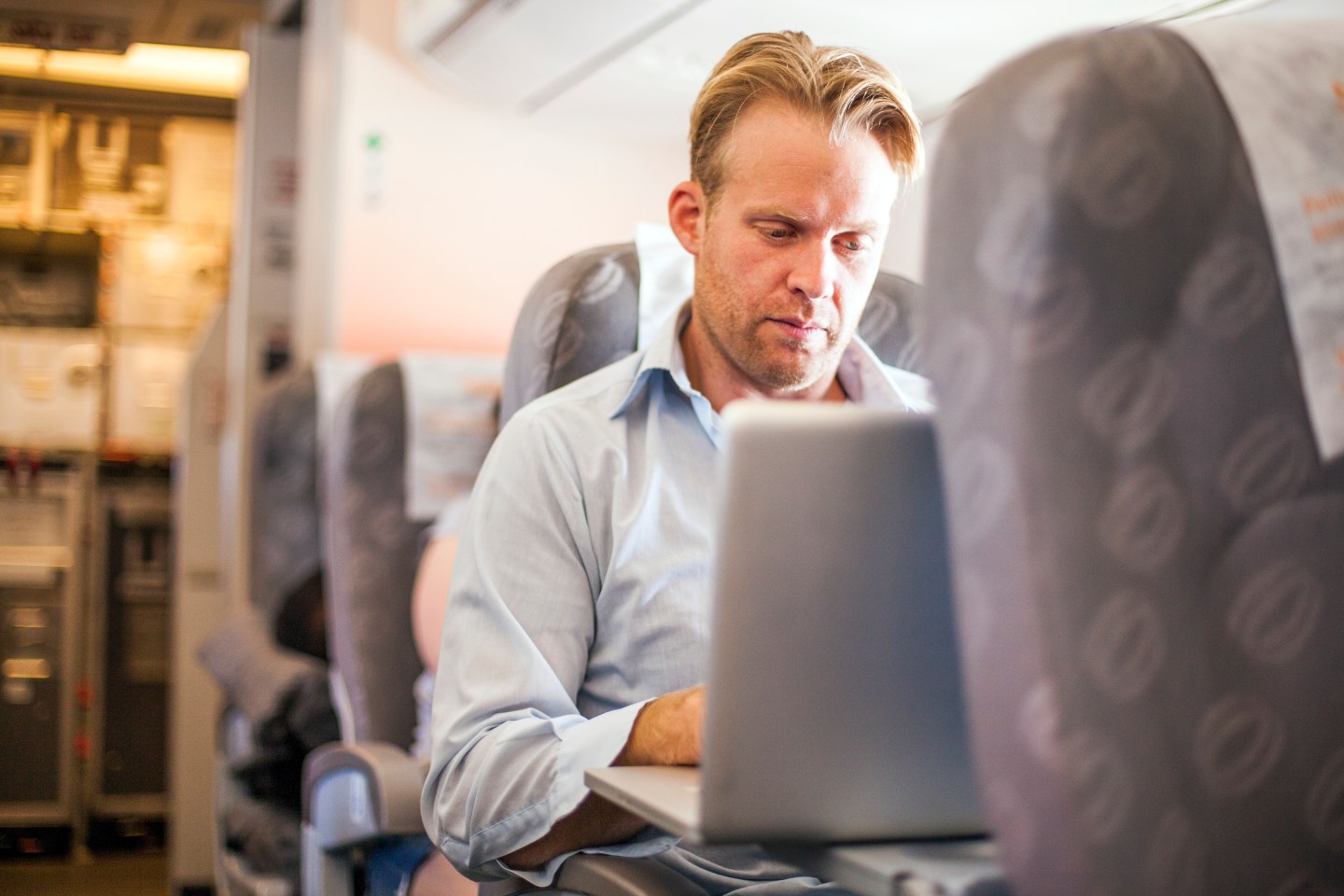 A businessman working on a computer while sitting inside of an airplane.
Photgraph by Adam Hester — Getty Images

Opera (OPESY) is testing a “power-saving” mode for its desktop browser, claiming that it can extend a laptop’s battery life by up to 50% compared to Google’s (GOOG) Chrome (and earlier versions of Opera).

The Norwegian browser firm (whose board recently agreed to a takeover by a Chinese consortium) said Thursday that the new feature works by reducing activity for tabs running in the background, tweaking how videos play back and changing how often pages are re-drawn.

The power-saving mode is enabled by clicking on a battery icon that appears when the laptop is unplugged. Opera’s claims are of course based on the premise that people use their laptops mostly for surfing the web—as they say, your mileage may vary.

“Our new power saving mode will nudge you when the laptop starts to consume battery, and, when enabled, it can increase the battery life by as much as 50%,” said Opera’s engineering chief, Krystian Kolondra, in a statement.

With that feature, plus a “virtual private network” tool (which security experts are dubious about), Opera really is piling on the features at the moment, in its attempt to differentiate itself from its much-larger rivals such as Chrome, Firefox and Internet Explorer (MSFT).

Opera also released a free virtual private network (VPN) app for Apple’s iPhones and iPads on Monday, with the pitch that it would help people bypass blocks on their campus or work Wi-Fi networks.

For more on browsers, watch:

The new power-saving mode is currently available in Opera’s developer version, in which it tests out new features. If you’re geeky and interested in how Opera calculated its claims about battery-life superiority, here’s the company’s explainer:

These results are from the test we have done on 11 popular websites. For testing we used the Selenium WebDriver. Each page was opened in separate tab, without closing previous ones, and was scrolled 5 times, then left alone for a minute. The test was repeated until the laptop ran out of battery completely. While testing the battery life with the power saving mode enabled, the ad blocker was on, too. The machine was Lenovo X250, Core i7-5600U, 16GB RAM running on Windows 10, 64-bit.