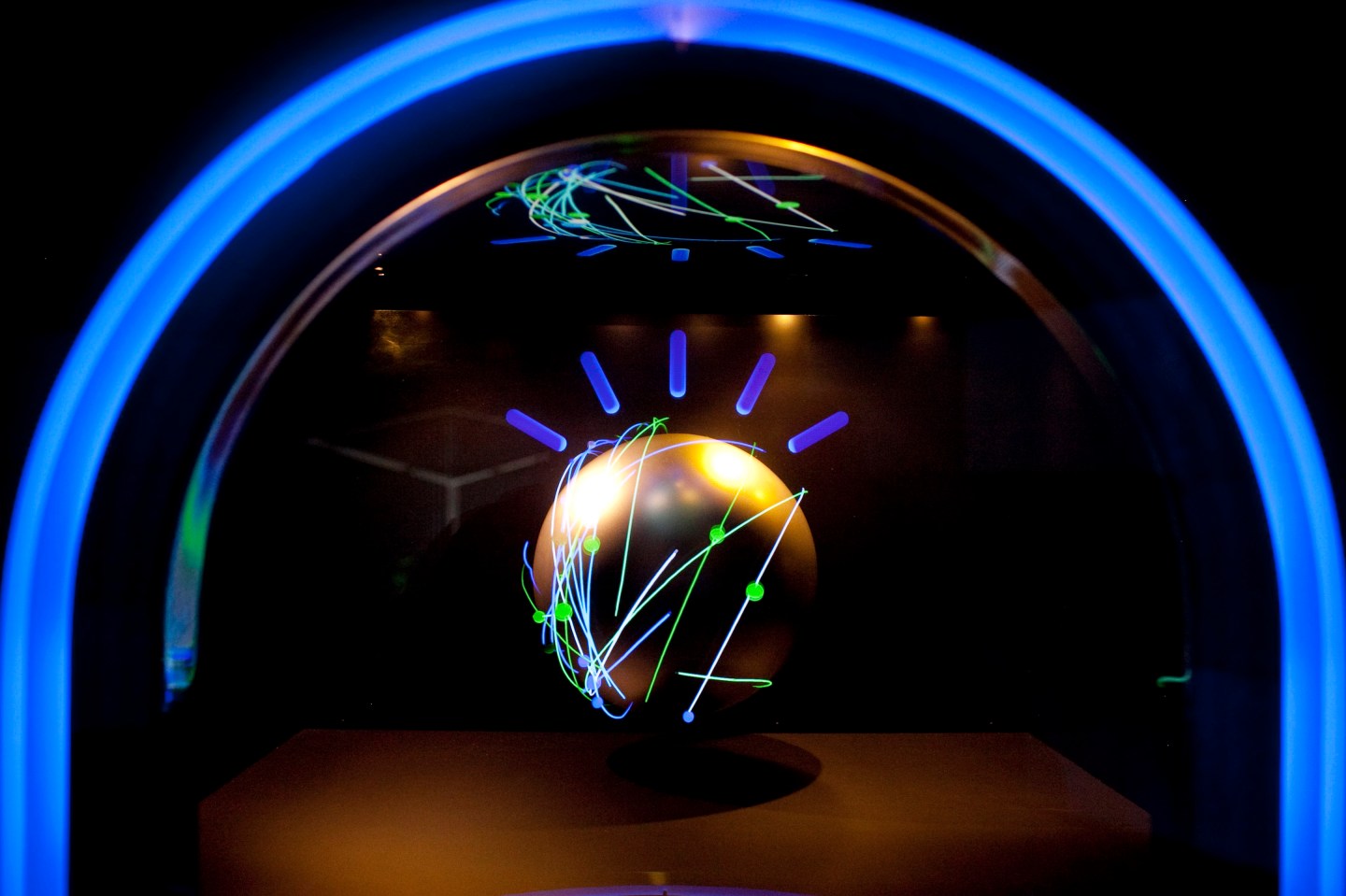 NEW YORK CITY, NY- MAY 27: IBM Watson's computer housing case. IBM's Watson computer is best known for winning Jeopardy, unaware of time constraints, while playing against humans. Some of Watson's other features are based in problem solving across many different careers. A demonstration showed how quickly Watson is able to diagnose illnesses, and provided a real life case that took doctors and nurses six days to diagnose, and only ended with the correct diagnosis because a nurse had seen the disease before. Based on symptoms input, Watson was able to correctly diagnose in minutes. The demonstration took place at IBM Watson's New York City, New York office on May 27, 2015. (Photo by Andrew Spear for The Washington Post via Getty Images.)
Andrew Spear—The Washington Post The Washington Post via Getty Images

Ginni Rometty, CEO of IBM (IBM), will introduce a cybersecurity-specific version of Watson at an IBM computer security summit on Tuesday, the company said. The project, powered by IBM’s Bluemix cloud computing platform, includes a partnership between IBM and eight universities that begins in the fall. Some of the schools include the Massachusetts Institute of Technology, New York University, and Pennsylvania State University.

IBM researchers have already begun feeding Watson with all sorts of computer security data sourced from its open access threat intelligence platform, called X-Force Exchange. The hope is that the trove of information on security vulnerabilities, spam messages, malware, and more will help the system become an expert assistant and advisor to security analysts.

IBM believes there is a business opportunity in helping computer security pros make sense of the universe of literature and data surrounding cybersecurity. The company is banking on Watson being able to reduce the rate of false positives that turn up in corporate security operations centers, and being able to help address a shortage of talent in the industry.

For more on IBM Watson, watch:

“Even if the industry was able to fill the estimated 1.5 million open cyber security jobs by 2020, we’d still have a skills crisis in security,” said Marc van Zadelhoff, head of IBM Security, who landed the appointment earlier this year, in a statement. “By leveraging Watson’s ability to bring context to staggering amounts of unstructured data, impossible for people alone to process, we will bring new insights, recommendations, and knowledge to security professionals, bringing greater speed and precision to the most advanced cybersecurity analysts, and providing novice analysts with on-the-job training.”

(Zadelhoff had told Fortune at the beginning of the year that Watson integrations would be coming soon.)

“It’s not about replacing humans, but about making them superhumans,” Caleb Barlow, vice president of strategic initiates at IBM Security, told Fortune. Following in the footsteps of its recently unveiled experimental blockchain program, the company seeks to debut a cybersecurity beta program with customers later this year, Barlow said.

IBM is betting on Watson’s AI-powered analytics being a key driver of its future growth. The company remains secretive about how the business is performing.