Johnson & Johnson to IBM: ‘Watson, come here. I want you.’ 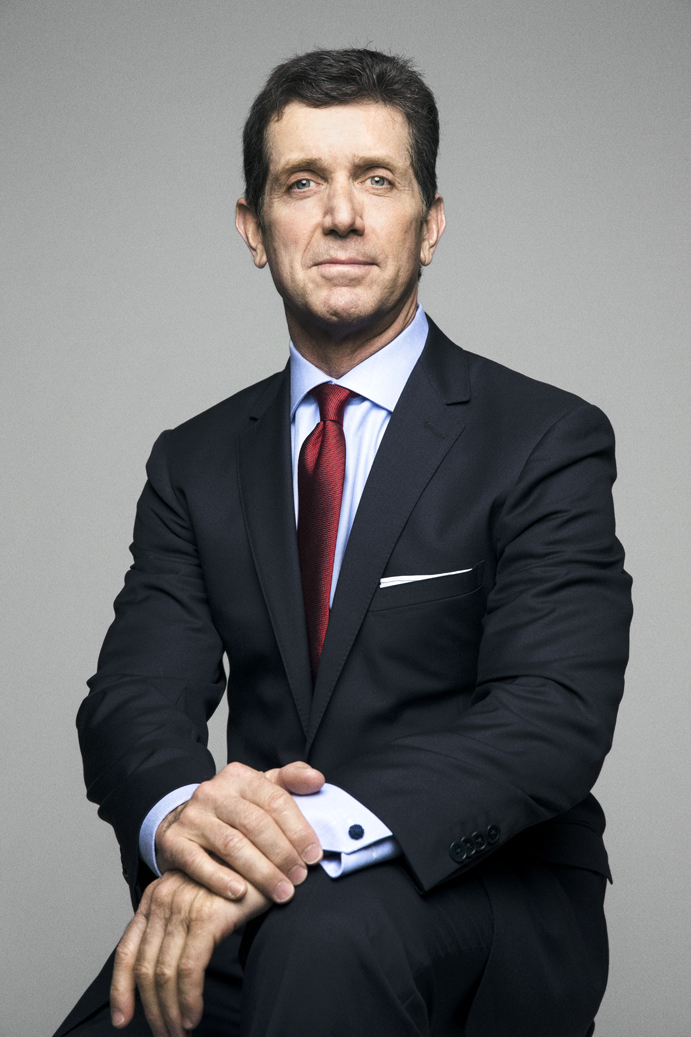 This past July, IBM invited Alex Gorsky, the CEO of Johnson & Johnson, to join its board of directors. The choice surprised industry watchdogs: Why would an enterprise tech company need a director with little to no experience in tech? Those questions were answered a month later when IBM announced that J&J would begin using Watson, IBM’s big-data service, to assess and evaluate medications before producing them for the mass market.

The partnership is part of an effort to expand J&J’s portfolio of drugs. At No. 121 on the Fortune Global 500 list with $71.3 billion in annual revenue, J&J is best known by consumers for products like Visine, Rogaine, and over-the-counter meds like Tylenol. But its pharmaceutical and medical-device businesses each account for 40% of sales. Gorsky is hoping that IBM’s cognitive supercomputer—which “thinks” like humans—will be a secret weapon in helping it outcompete Big Pharma rivals like Roche, Pfizer, and Merck.

The hope is that Watson will help J&J speed up the development of drugs in its pipeline—the lifeblood of any Big Pharma company—and at 11.5% of revenue, J&J is among the industry leaders in R&D spending. “The [combined] role of health care and technology is going to be critical,” Gorsky tells Fortune.

“He is pursuing innovation as a basis for differentiation of J&J products, a high-risk endeavor,” says analyst Howard Peterson of TRG Healthcare.

J&J spokesperson Larry Thompson says Watson can be taught to read medical literature “and ask questions about adverse events, about alternative pathways by which a molecule might work and become a new therapy.” That cuts out research hours (and manpower), ultimately reducing costs. Though still in its earliest stage, one of the first big projects will focus on J&J’s diabetes drugs.

A U.S. Army veteran, Gorsky, 54, began his career at J&J in 1988 as a sales rep for Janssen Pharmaceuticals, becoming its chairman in 2003. He left the following year to lead Novartis in North America, but he returned to J&J in 2008 to oversee surgical care, medical devices, and diagnostics before being picked to replace former CEO Bill Weldon.

Gorsky was named chief in April 2012 just as the 128-year-old company was reeling from a manufacturing defect with Tylenol that resulted in the Food and Drug Administration seizing three plants and a recall of more than 500,000 units. In short, Gorsky had a big mess to clean up.

For years J&J was a decentralized behemoth; many of its 275 subsidiaries operated autonomously in 60 countries with 450 distribution centers and over 100 manufacturing sites. Analysts say the loose organizational structure is what led to poor quality assurance.

Gorsky centralized command and tightened control over the manufacturing units to ensure quality didn’t deteriorate again. “As a result we fundamentally strengthened our quality and supply systems,” he says. Since he became CEO, J&J stock has risen 57%, trading recently near $103.

With Watson, J&J’s scientists can analyze vast amounts of genomic data and patient histories. In pre-Watson days that kind of analysis would take four decades, but now, in just a few days, data experts can identify genetic profiles that respond to drug samples without any adverse side effects.
Big Pharma will be using more big data, not just for R&D, but also for pricing strategies, says Erik Gordon,
professor at the University of Michigan’s Ross School of Business: “IBM, with its Watson project, is hugely involved in citing which treatments in the real world are actually worth the money.”