10 Entrepreneurs Who Started a Wildly Successful Business After 40 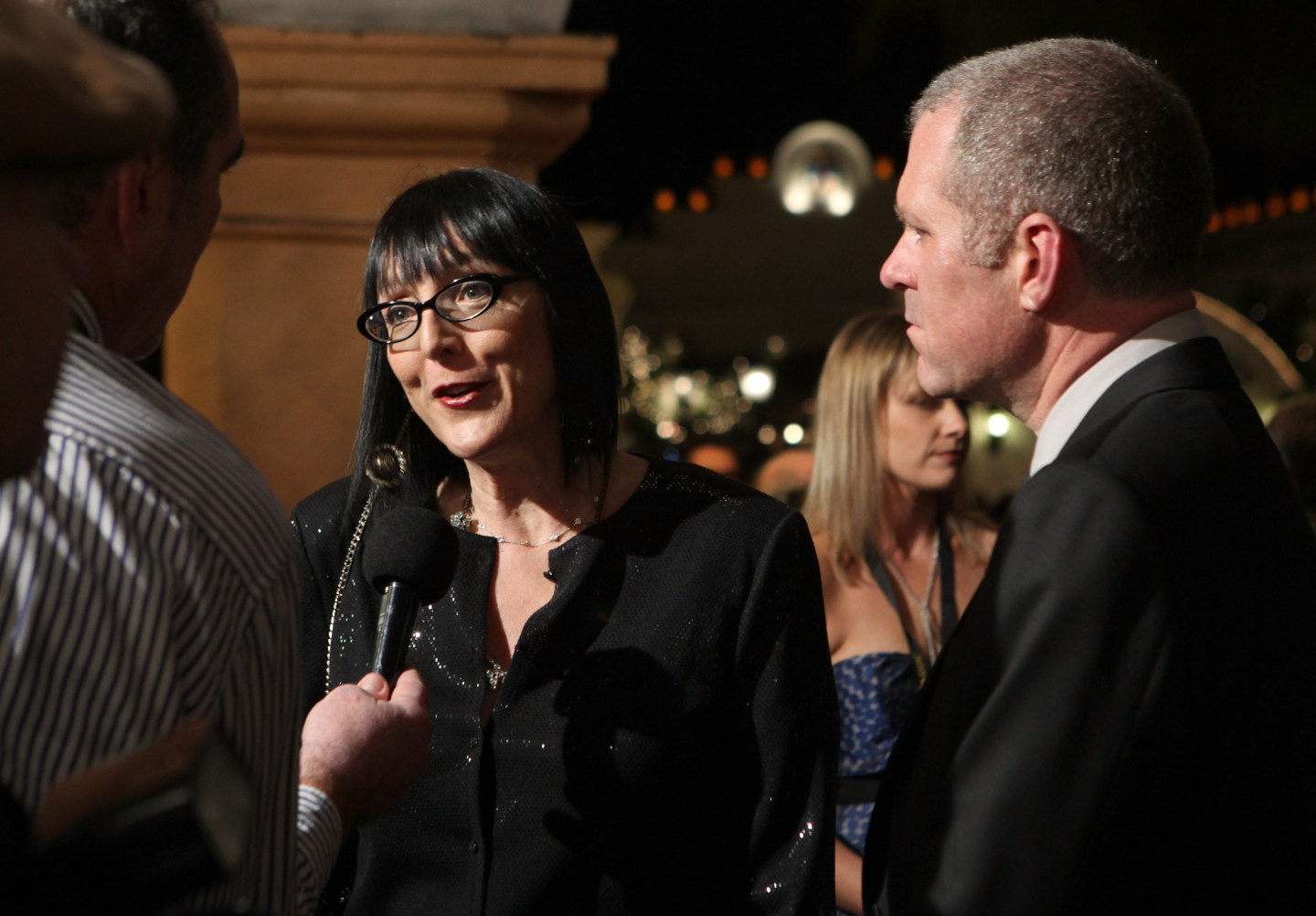 Whether it’s Jack Dorsey or Mark Zuckerberg, America loves the story of the scrappy, young founder. Lost in that narrative is the fact that many people start their first business in their later years. According to the Kauffman Foundation, three-quarters of all new entrepreneurs in 2014 were between the ages of 35 and 64, with most being 45 or older.

People start businesses later in life for a variety of reasons, but experience is a common factor. Often the best ideas reveal themselves with time, learning and exposure to a variety of challenges. “When you are out working in the real world, you might see an opportunity to make a product better or do something more efficiently,” says Jason Wiens, policy director at the Kauffman Foundation. It also doesn’t hurt that people 40 and older tend to have more money saved or assets to borrow against to get their business up and running.

History is rich with successful entrepreneurs who got into the game at 40-plus and changed the way we live our lives. Here’s a look at 10 of them.

In August 1969, at the age of 41, Donald Fisher and his wife Doris opened their first Gap store on Ocean Avenue in San Francisco. At the time, they only sold Levi’s jeans; Fisher had convinced the denim giant to let him open a hip store that contained all sizes and styles of its jeans, as department stores carried spotty inventory. The Gap (GPS) quickly expanded to new locations and, in 1974, introduced its own denim label. In 1991, it stopped selling Levi’s entirely. Though it’s not without its struggles, the $9 billion company continues to endure today.

Related: 10 Wildly Successful People on How They View Failure

The self-taught computer whiz and former graphic arts professor recognized early on the potential of the Internet and the need for her students to learn how to publish to the web. In 1995, after struggling to find a book on web design to recommend to her students, she decided to write her own. Designing Web Graphics sold hundreds of thousands of copies and was the springboard to what would become Lynda.com, an Internet based training company she started with her husband Bruce Heavin. It was sold to LinkedIn in April 2015 for $1.5 billion.

A biochemist and genetic engineer, Herbert Boyer, along with geneticist Stanley Cohen, was first to demonstrate the usefulness of recombinant DNA technology in commercial medicine, laying the groundwork for what would become Genentech (GENENTECH), a pioneer in the biotechnology industry. When venture capitalist Robert A. Swanson got wind of Boyer’s breakthrough he requested a meeting and was given 10 minutes. That turned into three hours and the end result: Genentech was launched. Though Swanson and Boyer faced skepticism in the early days they forged ahead, creating a whole new industry that’s still alive and kicking.

Related: Here Are the Top 10 Small Cities to Start Your Own Business

Former U.S. Marine Bob Parsons had started two companies — one of which was Parsons Technology, a software company he sold to Intuit for $64 million in 1994 — before he launched GoDaddy (GDDY), the $4 billion web domain registrar. It was after taking a year off as part of his deal with Intuit that Parsons realized he didn’t want to retire; he started GoDaddy in 1997 to have “something to do.” Since then he has followed one philosophy: “make a little money from a lot of people. This differs from many companies who have just the opposite philosophy,” says Parsons in his online biography. Parsons stepped down as executive chairman in June 2015.

For Chip Wilson, it was his first yoga class back in 1997 that sparked the idea for a line of comfortable, stylish women’s yoga wear. Wilson had recently sold his share in Westbeach, a snowboard apparel company, and smartly bet he could use the same stretch fabric they used for long underwear to make high-end yoga pants that would appeal to the masses. It was both his ability to find a problem and come up with a solution, and his experience in apparel, that enabled him to not only create yoga pants that were comfortable and appealing to the eye but transform an entire industry. In February 2015, following a major recall, a series of controversial comments about women’s bodies and a standoff with the company’s board, Wilson cut ties Lululemon (LULU). His wife and son launched cashmere shop Kit & Ace in 2014.

Charles Flint was no spring chicken when he orchestrated the consolidation of three companies into the Computing-Tabulating-Recording Company. That was in 1911 which the established businessman and financier was 61; the company became known as International Business Machines (IBM) in 1924, when he was 74. Flint reasoned back then that it would be an advantage to have diverse products and revenue streams so that if one segment of the business were to have a bad year, the others would cover it — a strategy that remains true today. Flint stayed on the board of IBM, retiring in 1930.

Related: 6 Questions You Should Ask Yourself Before Starting a Business

For Thomas Siebel, it was his experience at Oracle and the money he made as CEO Gain Technology that enabled him to co-found Siebel Systems in 1993 with Patricia House, a former marketer for Oracle. During his years at Oracle, Siebel’s knack for selling propelled him up the ranks. Recognizing inefficiencies within the sales group, he developed a program dubbed Oasis in 1987 that streamlined communication among the sales reps. Two years later, he spoke to Oracle CEO Larry Ellison about commercializing it externally; Ellison didn’t see the potential. Siebel took a leave of absence soon after and never returned. His next role was as CEO of Gain Technology, a small multimedia software company he quickly sold for $110 million in 1992. Netting $10 million from the deal, he set up his own shop. Siebel Systems would eventually become synonymous with customer relationship management software. In 2005, it was bought by Oracle (ORCL) for $5.8 billion.

The impetus to start a business comes in many forms; for Bernie Marcus, co-founder of Home Depot, it was an abrupt firing that sparked the fire. In April 1978, Marcus and his future co-founder Arthur Blank were let go from their executive roles during a corporate power struggle at Handy Dan Home Improvement Centers, a now-defunct home improvement chain. The two were convinced by friend and business colleague Ken Langone to open their own home improvement store; Langone arranged the financing and the rest is history. The first two Home Depot stores opened in Atlanta in 1979. Today, Home Depot has nearly 2,300 locations and boasts annual sales of more than $80 billion.

Related: 5 Major Mistakes in Your Business Plan and How to Fix Them

An early player in the online investment industry, Bill Porter used $15,000 to launch an electronic system for stockbrokers called TradePlus in 1982. In 1991, that company became E*Trade (ETFC), the $7 billion online trading giant for do-it-yourself investors. While he is best known for that company, Porter had a long legacy of inventing, holding 14 patents and developing more than 20 products including a type of broadcast television camera. After founding E*Trade he went on to launch the International Securities Exchange, or ISE.

Robert Noyce was one of the so-called “traitorous eight,” the group of researchers who left Shockley Semiconductor in 1957 due to difficult management to start their own company, Fairchild Semiconductor. Fairchild is credited with establishing Silicon Valley, with as many as 400 companies able to trace their roots to Fairchild’s founders. Noyce, who invented the integrated circuit, and colleague Gordon Moore left Fairchild to launch Intel in 1968, with the backing of venture capital pioneer Arthur Rock. While Intel (INTC) was producing semiconductors for years it wasn’t until the early 1990s when it launched its “Intel Inside” advertising campaign that the computer chip maker became a household name. Today, Intel is a $147 billion company.