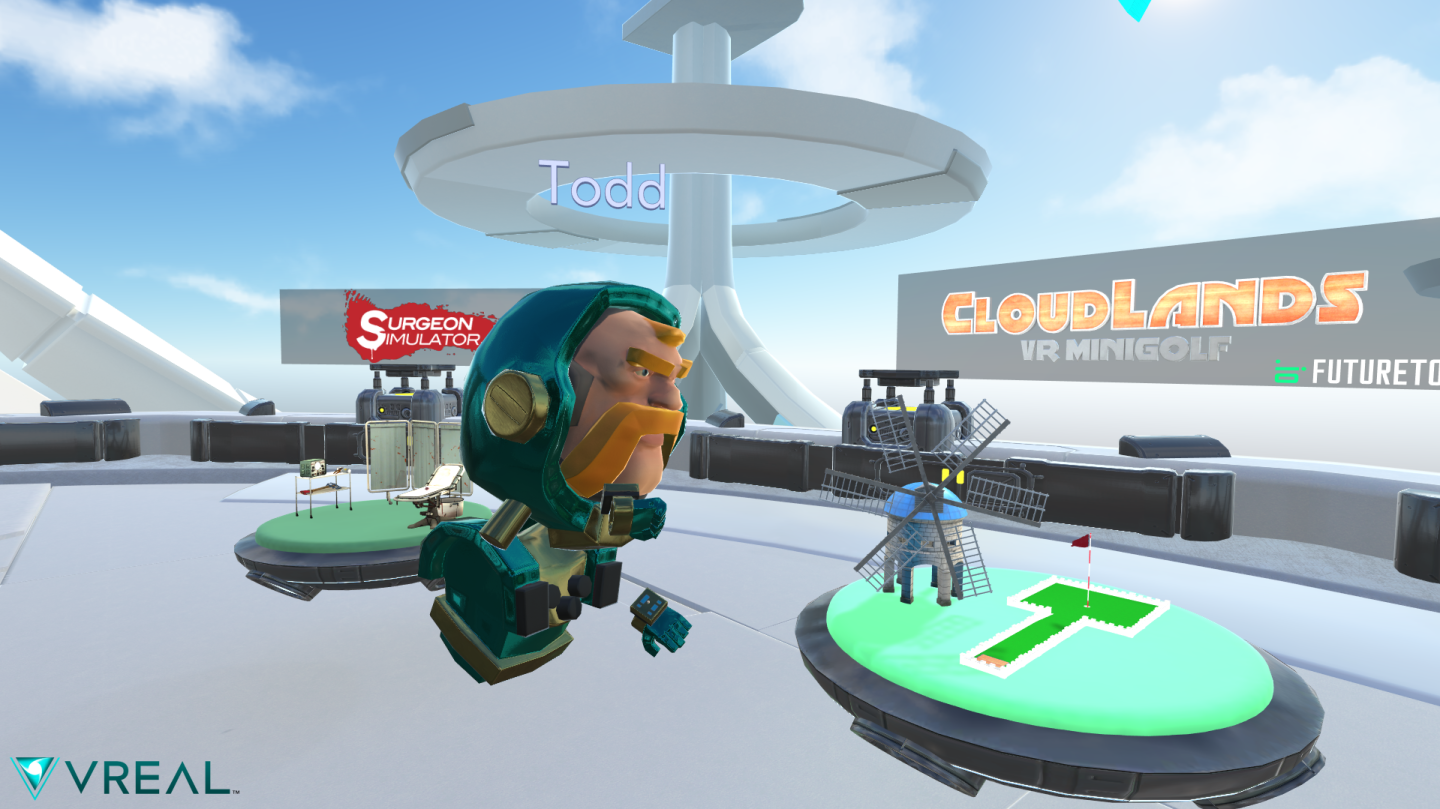 Amazon-owned Twitch and Google’s YouTube will be getting competition of a different sort late this summer with the beta launch of VREAL. Developed exclusively for virtual reality platforms such as Facebook’s Oculus Rift, Google Cardboard, and the HTC Vive, the livestreaming service will allow users to create avatars, connect with friends socially, and stream video games.

When Todd Hooper, founder and CEO of VREAL, was serving as vice president of online at Unity Technologies, he saw gameplay evolve into entertainment through platforms such as Twitch and YouTube. That development overlapped with Facebook’s $2 billion bet on virtual reality and the entry of Valve, HTC, and Sony into that market.

“There are more people watching games on Twitch and YouTube than playing games today,” Hooper says. “That same trend will apply to VR in the future.”

Hooper says his startup has spent the past year investing in the technology that will allow developers using Unity or Unreal Engine technology to seamlessly render their virtual reality games across all platforms.

“We’ve built a way for us to re-render every game in real time so when you put on a VR headset I appear in the game next to you and we can have a social experience inside the game— just like a 2D web page and chat window on Twitch or YouTube,” Hooper says.

The difference is that viewers will be right next to their favorite streamers inside the game worlds, which Hooper says opens up a more personal social interaction.

Hooper met with over 50 game studios at the Game Developers Conference in San Francisco last month to integrate this technology into upcoming releases. He says the first games to feature VREAL integration will be announced in June at the E3 video game trade show in Los Angeles.

“We’ve been looking for what are the interesting eSports titles for VR, and we put together concept of what that might look like,” Hooper says.

Hooper believes eSports will be huge for virtual reality, opening up more audience engagement and allowing fans to actually be at big tournaments and events—or inside of the video game worlds.

Outside of the traditional ad-based revenue model that Twitch and YouTube use, Hooper sees virtual reality opening up additional business models for sponsors.

“You could sell branded products to attach to your avatar,” Hooper says. “There are lots of things we can bring into VR that you don’t see in a traditional broadcast where you’re an invisible observer.”

Hooper says his company is committed to Oculus and Vive today, but VREAL is a Sony PlayStation partner and will be adding PlayStation VR to its offerings in the future. Users will also be able to watch virtual reality streams across mobile VR devices through cloud rendering technology, and even traditional 2D PC screens. But they will not be able to enter these streams with an avatar for the full experience that PC and PlayStation 4 devices offer.

Peter Warman, CEO of research firm Newzoo, says the convergence of games and video on a global scale is transforming games into all-around entertainment franchises.

“VR is changing how consumers communicate with each other and interact with content,” Warman says. “We expect the lion’s share of VR revenues to be generated by hardware sales, spectator content, and live viewing formats.”