This Country Is Getting Super-Cool Driverless Pods Very Soon 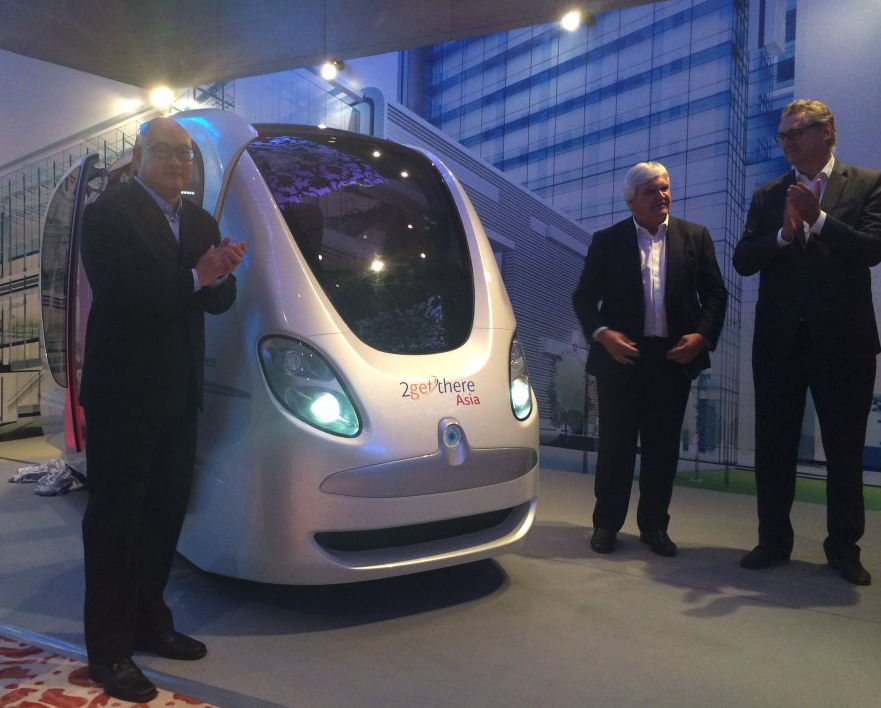 All this talk about driverless vehicles still sounds a little further into the future, but Singapore is actually getting one by the end of this year.

They aren’t exactly cars, but fully-automated “Group Rapid Transit” pods that can ferry around 24 passengers in each vehicle. Put all the pods together, and you have a low-cost transit system that can transport up to 8,000 passengers per hour in a single direction, said 2getthere, the Dutch maker of the pods.

The Dutch company and SMRT Services, a subsidiary of Singapore’s rail and bus network operator SMRT, announced a joint-venture agreement on Wednesday, and plan to have pods operational on the Southeast Asian island by the end of the year.

“The first step is the feasibility study, the next step is the trial, which is the proof of the pudding, and then, the full implementation,” Carel van Helsdingen, 2getthere’s chairman and founder, told Channel NewsAsia.

These futuristic driverless pods will run on Singapore's roads by end of… https://t.co/877hkcQcCI #2getthere #Smrt pic.twitter.com/yncLpUiobd

A Singaporean startup also recently announced the setting up of driverless taxis in the country, and overall, the country is eager to see the technology plough its roads soon. The price of a family sedan in Singapore could equal a home in the U.S., and an MIT study suggested automated cars could potentially reduce the congestion on the densely-populated island by around 60%.

If Singapore manages to put driverless vehicles on the road, the country and its partners could be one step ahead of the likes of Google (GOOG), BMW, Baidu (BIDU), and Tesla (TSLA) in the automated car race.