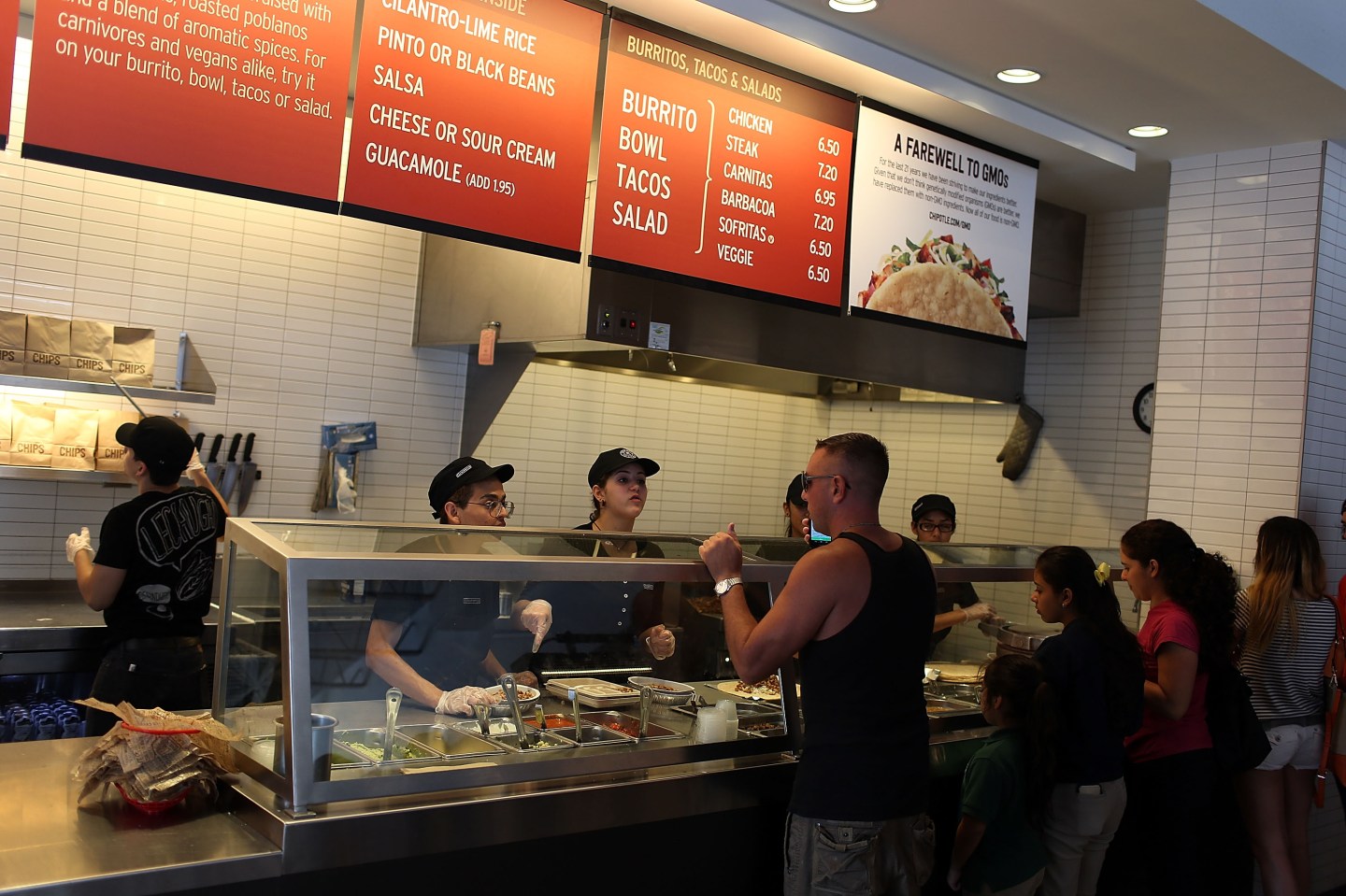 Ever since Chipotle Mexican Grill (CMG) was first hit last fall with E. coli outbreaks that sickened diners and scared others away, Wall Street has been obsessed with predicting how many customers are eating at the burrito chain. Investors have surveyed hundreds of diners and even analyzed satellite images of Chipotle’s parking lots.

Now, Foursquare, the startup known for its mapping apps where people “check in” at the places they visit, has thrown its hat in the ring, too. Ahead of Chipotle’s first-quarter earnings report on April 26, Foursquare is predicting that the fast-casual restaurant’s same-store sales dropped 29% in the first three months of 2016, compared to the first quarter of 2015.

Foursquare’s new CEO Jeff Glueck explained in a post on Medium this week that its forecast was based on analyzing location data collected by its apps at Chipotle’s more than 1,900 U.S. stores. Each month, 50 million people use the Foursquare app along with its newer check-in app Swarm; even if they don’t tag themselves at a specific restaurant or landmark, “many users passively share their background location with us,” Glueck wrote in the post.

It’s not the first time that Foursquare has used its data to make predictions about Fortune 500 companies, but it is the first time it has translated its foot traffic insights into actual financial earnings estimates, a la Wall Street stock analysts. In September, Foursquare accurately predicted that Apple (AAPL) would sell more than 13 million new iPhones in their first weekend on the market, but it didn’t go as far as to forecast Apple’s total smartphone sales or overall revenue for the quarter.

And in October, Foursquare proclaimed McDonald’s (MCD) the winner over Taco Bell in the fast food chains’ “breakfast wars“—a prediction that has since seemed to prove true—but stopped short of estimating either company’s actual sales. Foursquare, which now sells its data to investors via its Place Insights business, is clearly hoping to demonstrate how Wall Street can use it to better forecast earnings and stock prices, alongside traditional financial estimates and a growing body of social media data for finance.