Taco Bell Has Joined the Breakfast Wars With a $1 Menu 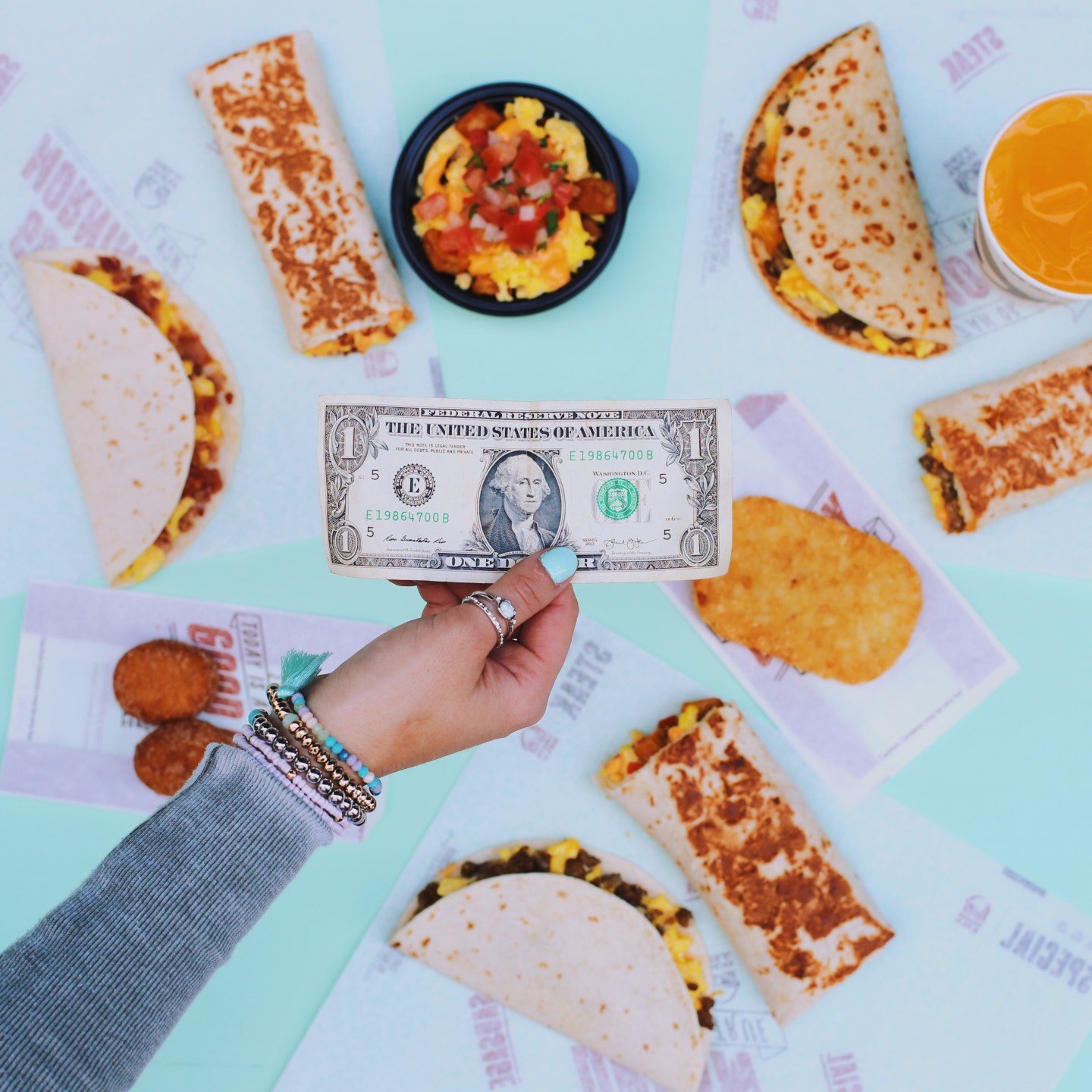 The success of McDonald’s (MCD) all-day breakfast menu has proven America’s insatiable love for morning fare. And now Taco Bell (YUM) is jumping on the bandwagon.

The franchise is introducing a 10-item $1 breakfast menu. The offering will be available Thursday nationwide and served from 7 a.m. to 11 a.m., though some stores may offer the menu as early as 6 a.m.

The Yum! Brands subsidiary is also offering a variety of burritos and tacos as well as mini cinnamon buns for a dollar. The menu represents an expansion of the fast-food chain’s focus on low-prices. Taco Bell revealed a “Dollar Cravings” menu nationally in 2014, which consists of lunch and dinner items.

“Our survey results were completely expected: Americans would rather pay less and have more choice,” said Taco Bell CMO Marisa Thalberg in a statement.

Taco Bell’s breakfast offerings represent just about 6% of total sales now, in contrast to McDonald’s, where breakfast represents about 25% of sales, according to the Wall Street Journal.

Taco Bell’s new value menu is an attempt to differentiate itself in a fast food industry that is starting to pull away from the traditional dollar menu for bundled items. Wendy’s (WEN) replaced its dollar menu for one with prices in the range of $1 to $5 in 2015, Time reported.

While McDonald’s introduced the all-day breakfast menu last year, it also gradually phased out its own dollar menu, replacing it for the McPick 2, which allows customers to choose two items for $2.

McDonald’s is now expanding its breakfast offering after the promotion drove up the Golden Arches’ stock prices and gave the company its best quarter in nearly four years.