This Is Starbucks CEO Howard Schultz’s Advice to Target 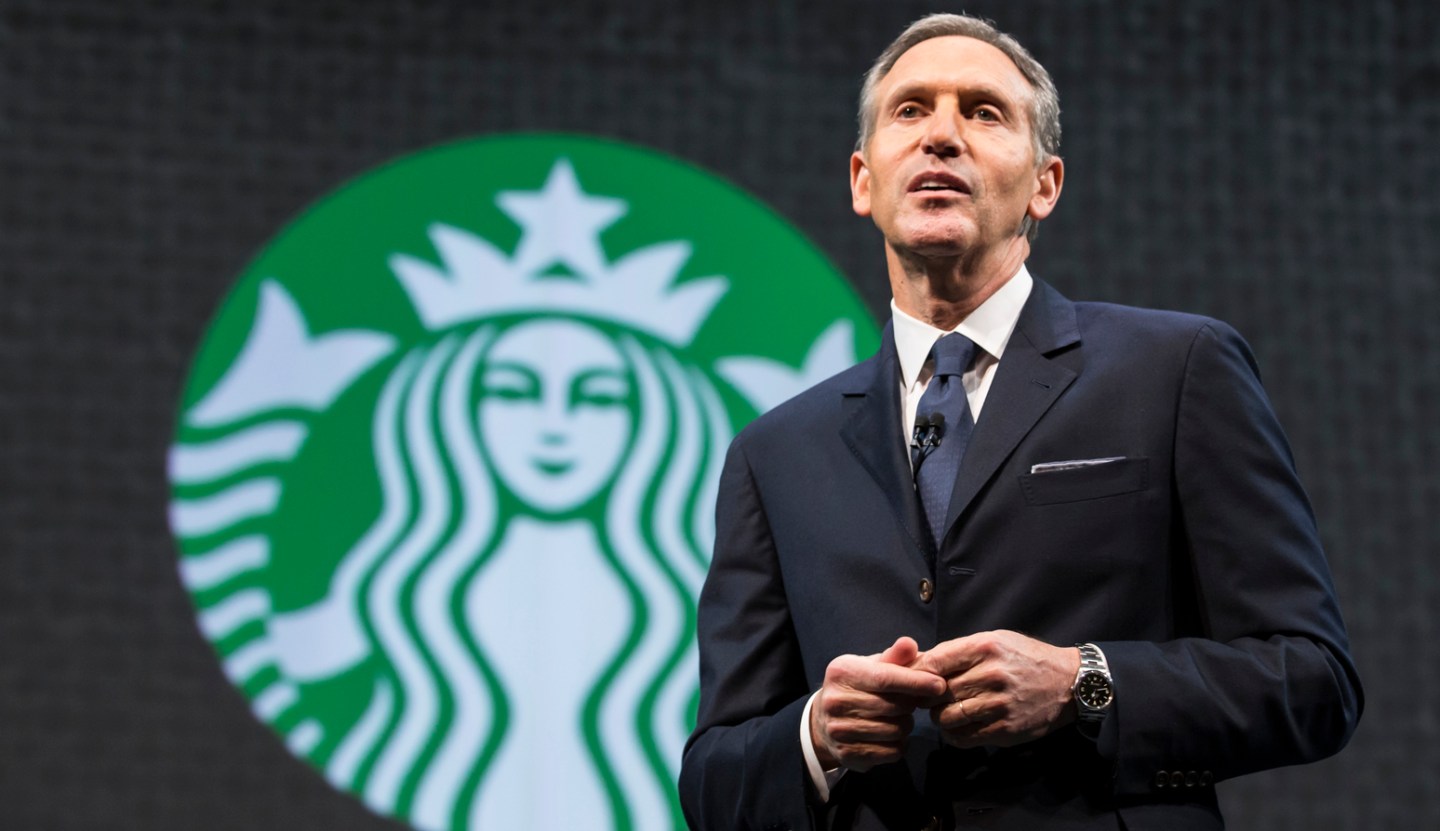 Target (TGT) has undergone a deep transformation in the two years since the most traumatic period in its history. And a lot more change is on the way, prompting the discount retailer to invite Starbucks CEO Howard Schultz this week to come rally the Target troops.

Around this time in 2014, Target parted ways with former CEO Gregg Steinhafel, reeling from a devastating data breach a few months earlier, seeing its results brought low because of an ill-advised, now abandoned expansion into Canada, and having lost its ability to dazzle customers with the cheap chic ethos that had made it the third largest U.S. retailer.

Many have blamed that low point on what was seen as the 54-year old retailer’s bureaucratic, insular culture, one where teams were focused on meeting their numbers rather than what was best for the company overall. The result was the loss, at least partial anyway, of Target’s magic touch: the ability to be a discounter that offered middle class customers cool, stylish items in addition to the basics one would come to a general merchandise retailer for. This was after all, the retailer that had brought you Michael Graves home goods, and Isaac Mizrachi clothes on top of toilet paper.

But Target lost its way, focusing on low prices during the recession to compete with Walmart (WMT) and not enough on the cool merchandise core to its customer proposition. It was also resistant to change, a very dangerous stance at a time of upheaval in retail, and slow to embrace how tech was changing shopping.

If that sounds familiar, it may be because Starbucks (SBUX) underwent a similar traumatic time in the preceding decade. The coffee chain had over-expanded its fleet, become a bloated bureaucracy and lost sight of what had made it work. And CEO Howard Schultz, who came back to the company in 2008 as it floundered, had a lot of advice on how to cope, and indeed thrive, under change to impart to workers at Target, where it has cafes at 1,300 stores in a partnership that goes back to 1999.

“Our brand comes to life by uplifting our people. So when I stopped hearing my team having conversations about the people and the coffee, and only focusing on the numbers and getting bigger, faster … that’s when I realized something was wrong,” Schultz told Target workers this week as part of series of talks from leading industry figures on innovation.

Target has made a lot of progress in the last two years. Under the leadership of Brian Cornell, Target has redoubled its efforts on the digital front, yielding 31% e-commerce growth last year and helping it begin to bridge the gap with rivals like Amazon (AMZN) and Walmart. And it comparable sales have grown faster than Walmart’s for several quarters now.

To foster innovation, Target is supporting a retail tech accelerate program with Techstars, while on the merchandise front, the retailer has landed collaborations with cool brands likes of Lilly Pulitzer and Marimekko. It is also working with MIT on an urban farming project, and testing out far out store concepts in Los Angeles. Some of that has been painful too: under Cornell, thousands of jobs at headquarters have been cut to reduce bureaucracy and make Target more nimble, and there have been many changes at the retailer’s top echelons. Target last year also ditched in Canada and sold off its pharmacy business to CVS Health. (CVS).

Starbucks, meanwhile, has to continued to innovate, developing the most successful app in retail and hospitality, one that is behind 21% of U.S. sales. The coffee company offers mobile offering, putting it leap years ahead of pretty much any competitor. Last year, Starbucks’ global revenues hit an all time high of $19 billion.

Schultz told the Target audience that focusing on the basics was the key to the Starbucks’ renaissance. “For the Starbucks team, it all comes back to one person, one cup, one community, and getting the details right,” he said. “We needed to get back to basics, the values that our customers fell in love with in the first place.”