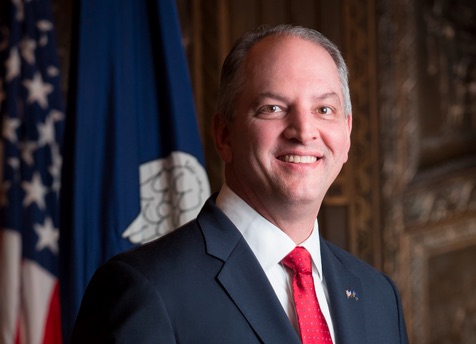 Louisiana Gov. John Bel Edwards signed an executive order Wednesday that prohibits discrimination against state employees, or contractors working with the state, based on their sexual orientation or gender identity.

The order rescinds an earlier order signed by Bobby Jindal, the former Republican governor, that prohibited the state from acting against businesses who refuse service to same-sex married people based on their own “deeply held religious beliefs.”

Big businesses from the Bank of America (BAC) to IBM (IBM) pushed back against that law and the ACLU and other groups have sued the state, a legal action that the Democratic attorney general of North Carolina has vowed not to fight. Insult to injury: Bruce Springsteen cancelled a North Carolina concert, citing the law as his reason.

The backlash apparently had an impact. Earlier this week McCrory issued a new executive order clearly intended to mute criticism, although critics note it does not reverse the bathroom restrictions. It does, however, “affirm the private sector’s right to establish its own restroom and locker room policies” something that, as this Slate report points out, was never in doubt anyway.

In late March, Georgia’s Republican governor, Nathan Deal, vetoed a “religious freedom law” passed by legislators, saying the state did not need to discriminate against anyone to protect religious freedom.