ESPN Thinks Drone Racing Could Be The Next NASCAR 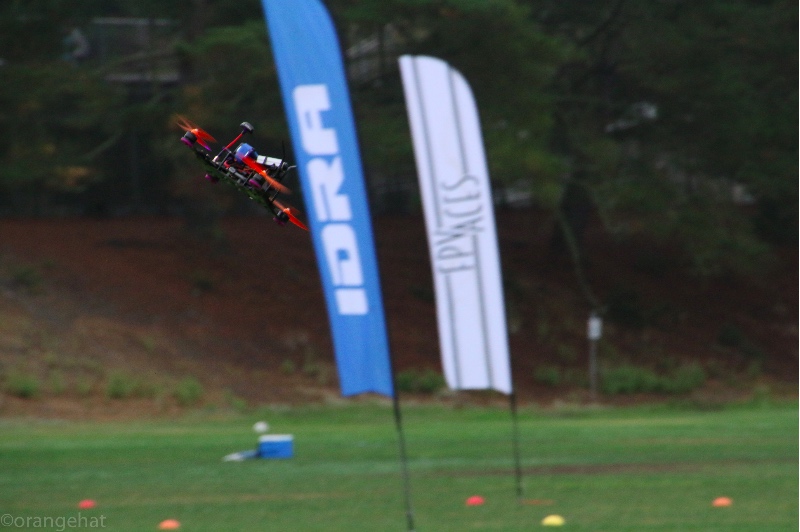 Is drone racing the next NASCAR? ESPN announced a deal this week that will bring competitive drone racing to the network starting in August in hopes of tapping into the sport’s small but growing following.

“Drone racing is currently seeing an unprecedented rise in popularity and is poised to become the next behemoth racing sport alongside NASCAR and Formula 1,” the company said in a statement. The first televised event, the 2016 National Drone Racing Championships, will take place on Governors Island in New York City, from Aug. 5 to 7.

For the uninitiated, drone racing is exactly what it sounds like. As in automotive racing, teams construct their own vehicles within a certain set of specifications–in this case multi-propeller unmanned aerial vehicles–and then pilot them around a course. Sci-fi goggles project live video from the drone directly to drone pilots, giving them a “drone’s eye view” while racing.

ESPN sees potential in this kind of immersive sports medium. Viewers, the network says, will be able to follow the action on traditional screens, but will also be able to tap into that first-person “drone’s eye view,” which they can pipe to their screens or even to their own goggles, giving them the sensation of flying along with the aircraft.

As an organized sport, drone racing is indeed taking off. A number of leagues have sprouted around the globe over the past few years, each vying to become the world’s premier drone racing organization. Last month, the World Drone Prix—organized by the World Organization of Racing Drones and Sheikh Hamdan, crown prince of Dubai—handed out roughly $1 million in prizes, including a $250,000 grand prize to a 15-year-old British pilot who bested 100 other competitors at a two-day event in Dubai.

That’s not exactly NASCAR money or Formula 1 prestige, but for ESPN the deal offers an opportunity to get in on the ground floor of a growing new competitive sport–as well as to influence which emerging drone racing league becomes the sport’s preeminent global organization. It’s also an opportunity to engage new viewers–something ESPN needs. The company has lost millions of subscribers over the past couple of years, creating headaches for parent company Disney (DIS).

For its televised events, ESPN has teamed with the International Drone Racing Association, marking the first time such an organization has struck a multi-year television distribution deal with a major sports broadcaster. ESPN will stream the 2016 National Drone Racing Championships and the 2016 World Racing Championships—slated for October in Hawaii—live on ESPN 3, then package each competition into a one-hour television special that will air following each event.