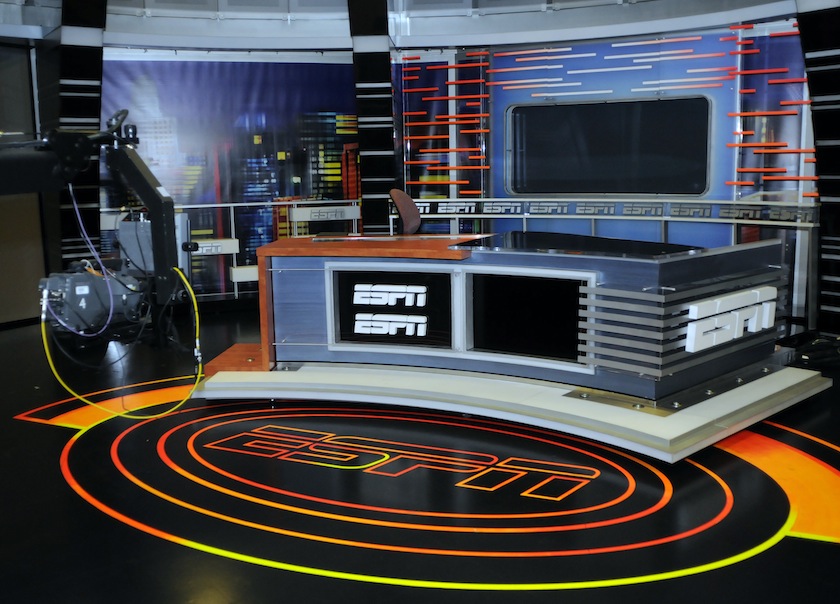 One of the strongest parts of Walt Disney Corp.—in addition to its powerful hold on Hollywood through Lucasfilm, Pixar, and Marvel—is the sports network, ESPN. It makes up a huge proportion of Disney’s $200 billion market value, and when it reports what investors see as weak results, it doesn’t just hurt Disney’s share price, it takes the rest of the TV-related market down with it. But there are those who think the weakness has only just begun for ESPN.

Hedge fund manager and analyst Eric Jackson is one of those who thinks ESPN has further to fall when it comes to subscriber and revenue numbers. In a recent installment of his email newsletter, Jackson looked at the steady decline in users who pay for ESPN and the impact on Disney’s bottom line.

Jackson points out that based on the company’s filings with the Securities and Exchange Commission, ESPN’s subscriber base peaked at 99 million in 2013. According to Nielsen, the current number is about 92 million. That drop in subs has meant a substantial corresponding fall in ESPN’s profitability, since it is getting less in affiliate fees from cable companies and satellite broadcasters.

The sports broadcasting giant added a new network called SEC Network last year, which focuses on college sports in the Southeastern Conference, but the overall trend for viewership remains down, as cord cutting by millennials continues to accelerate.

Analysts like SNL Kagan believe that ESPN gets about $6.60 for every core ESPN subscriber, and anywhere from 22 to 83 cents for each subscriber to its other networks, such as ESPN 2 and the SEC Network. The loss of 7 million or so subscribers since 2013 means that ESPN is now getting $650 million less in affiliate revenues, Jackson says—the majority of which is pure profit. The company is also estimated to be making about $250 million less in advertising because of its shrinking reach.

In other words, ESPN is generating close to $1 billion less than it did two years ago. SEC Network has helped defray that somewhat, but not by a huge amount. And the sports network is crucial to Disney’s bottom line—the media networks unit had operating income of $7.3 billion last year, the bulk of which was generated by ESPN, and that unit accounted for more than 55% of Disney’s operating income last year.

Did ESPN or Disney see the cord-cutting decline coming? It doesn’t look that way, despite predictions from a number of market watchers that it was a sizable risk. The sports network reportedly spent $125 million or so on a revamp of the Sports Center set, which seems like an odd investment if you think your viewership is going to fall. Former Grantland editor Bill Simmons also said on a recent podcast that he never heard ESPN executives talking about their concerns about cord cutting until last year.

Of course, cord cutting could be a cyclical thing, and ESPN may not continue losing millions of subscribers every year. But what if it does? As the range of sporting events that are available from other providers increases, and TV watchers are more interested in a la carte offerings rather than a cable bundle, ESPN’s power will wane. And as its subscriber base dissolves, its affiliates will start to put pressure on the company to cut its fees, which means revenue and earnings could slide south at an even faster rate than the overall subscriber numbers.

There has been some talk of an ESPN over-the-top streaming service, and Disney CEO Bob Iger has said that he believes large numbers of people would pay a significant fee for such a service. But how many? And what kind of monthly fee would be involved? Those are the key factors that would determine whether ESPN could make such an offering fly. And it’s entirely possible that the network could have a successful service, but still not make enough from it to compensate for the drop-off in conventional cable subscribers and affiliate revenue.

The almost certain success of the upcoming Star Wars movie from Lucasfilm and other movie properties could bridge the gap for a while, but there’s no sign that the trend of cord cutting and OTT is going to end anytime soon. If anything, it is accelerating. If you notice investors reacting nervously to Disney results, that’s why.