Best Buy’s Geek Squad Is Trading in Its VW Beetles 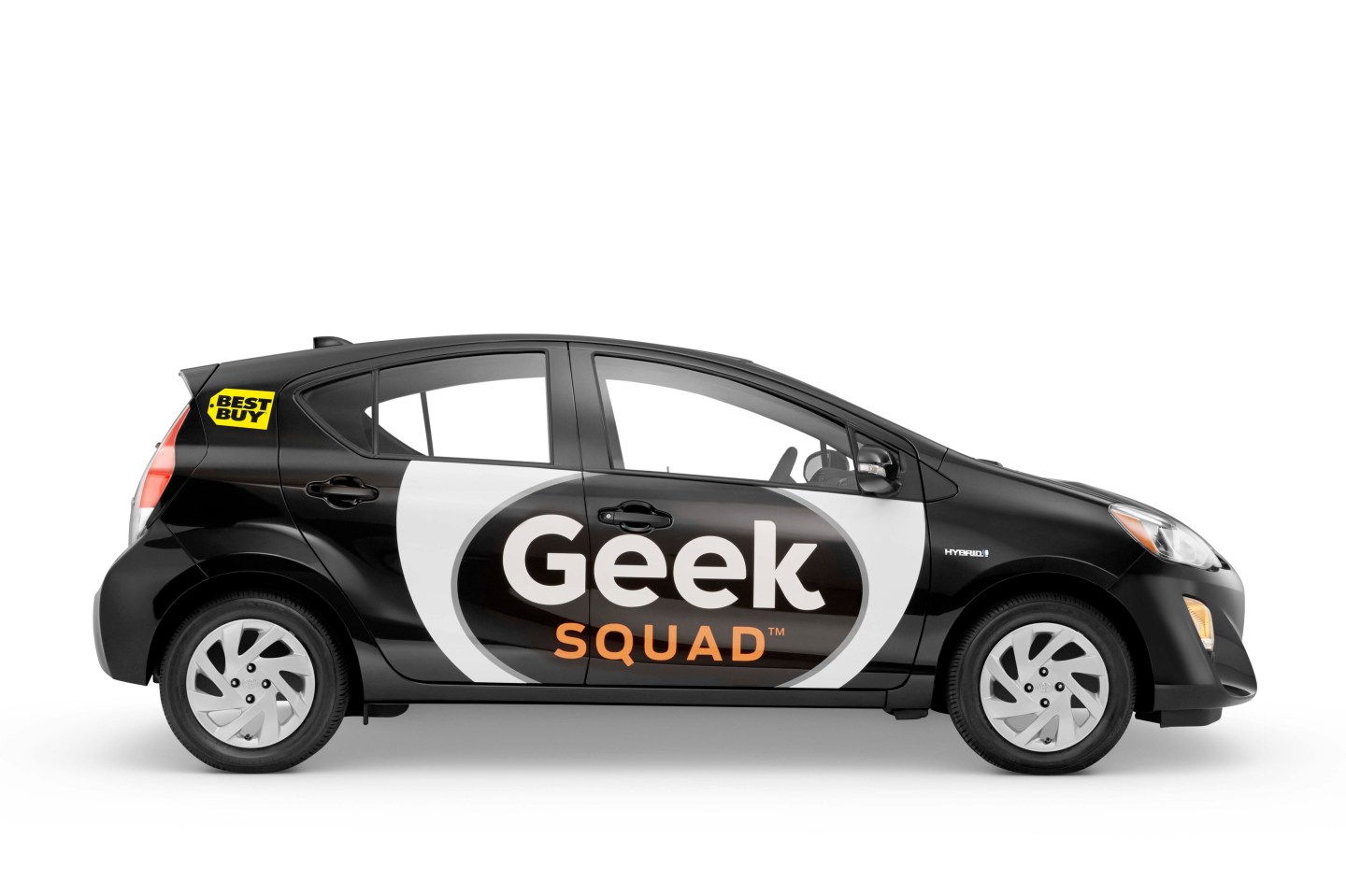 Best Buy’s (BBY) army of tech support nerds will soon be getting around in a new set of wheels: the Toyota Prius.

The electronics retailer is replacing the Volkswagen Beetles that its Geek Squad “agents” have been driving to house calls for more than a decade. By switching its 1,100-vehicle fleet to hatchback Prius C’s, Best Buy hopes to save on gas and work toward meeting a commitment announced last year to cut its carbon emissions by 45% by 2020.

The company also wants to drill home the message that it is forward looking and that its tech support services go well beyond personal computer repairs today.

“Today’s Geek Squad Agents are more likely to help clients with a new home theater experience, improve Wi-Fi performance, or install a security solution than they are to fix the family computer,” said Geek Squad chief inspector Nate Bauer in a statement. Indeed, Best Buy is making a big push in areas such as smart homes as industry sales of personal computers are dwindling.

The company is trying to better leverage its army of Geek Squad workers, a key advantage it has over online-only retailer Amazon.com (AMZN), which CEO Hubert Joly has made a priority. The Geek Squad service visits some 5 million homes a year, according to Best Buy, which bought Geek Squad in 2002 and rolled out the service across the U.S. two years after that.

The move comes at a challenging time for the retailer: Best Buy has forecast revenue declines for the first half of the year.