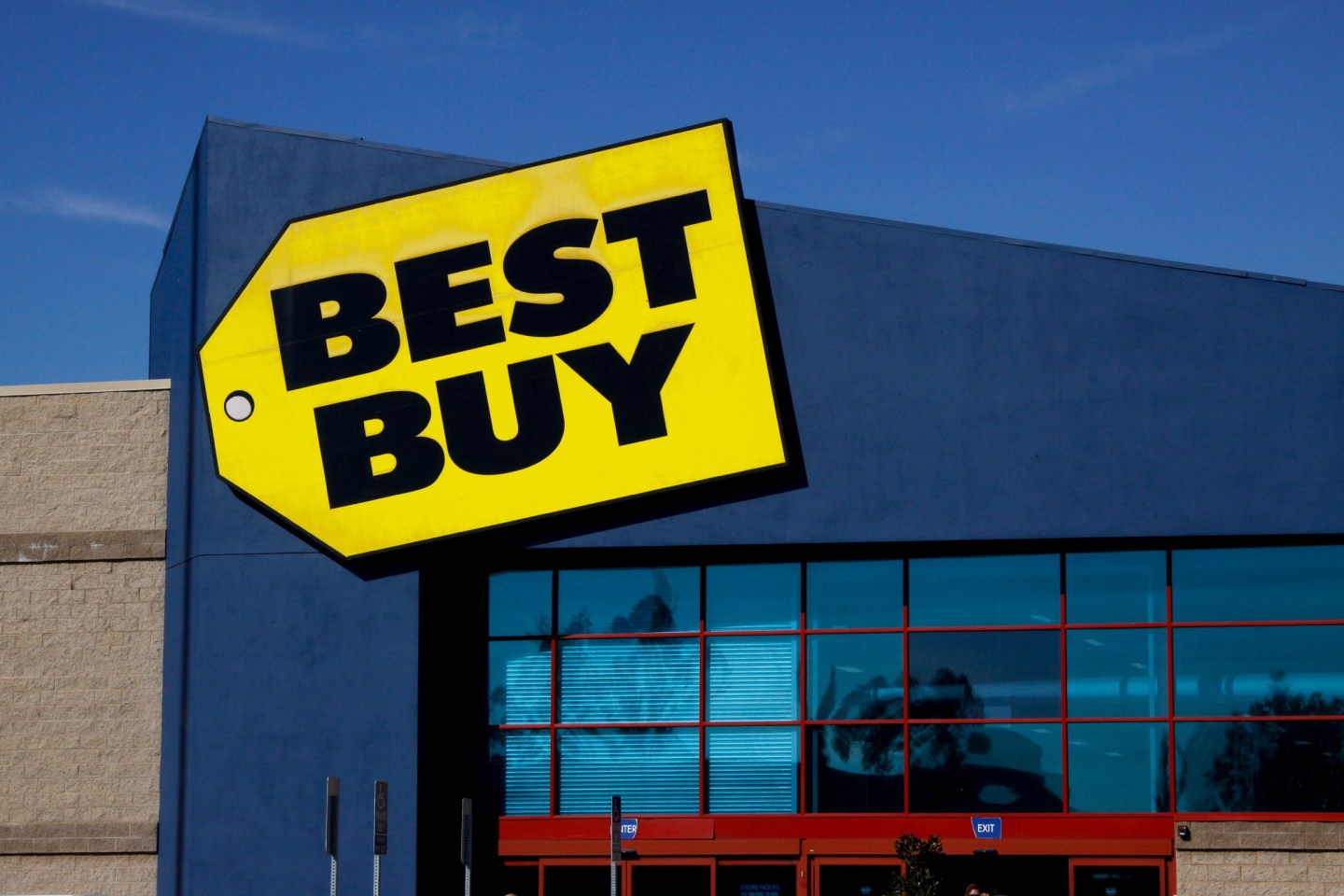 The company’s shares fell 3% to $30.50 in premarket trading on Thursday.

Best Buy also said it would buy back up to $1 billion in shares over the next two years, and it announced a special dividend of 45 cents per share.

Best Buy expects revenue declines in the first half of the year, followed by growth in the second half, CFO Sharon McCollam said. “In this context, we are targeting flat domestic (U.S.) revenue for the full year … but recognize that it will be challenging without a strong mobile cycle.”

Sales at established stores fell 1.7% in the fourth quarter. Analysts on average had expected a 1.3% fall, according to research firm Consensus Metrix.

Sales of computing and mobile devices fell 6.8% in the U.S. The category accounts for 43% of the company’s total U.S. revenue.

Excluding items, the company earned $1.53 per share from continuing operations, beating the average analyst estimate of $1.39.