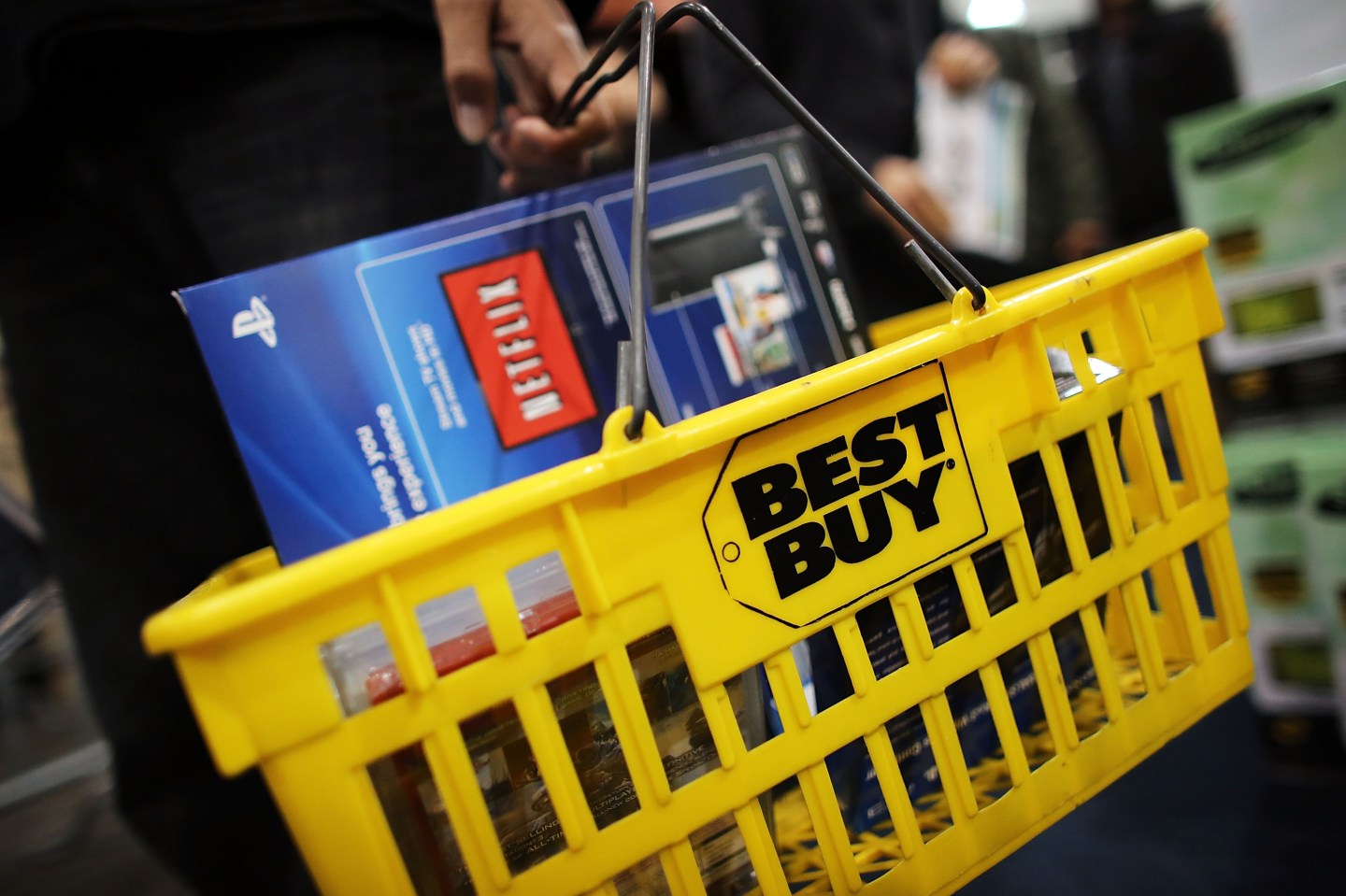 NAPLES, FL - NOVEMBER 23: Shoppers move through a Best Buy store on November 23, 2012 in Naples, Florida. Although controversial, many big retail stores have again decided to get a head start this year for Black Friday and open on Thanksgiving Day or at midnight instead of the traditional dawn Friday opening time. Black Friday is the official start of the holiday shopping season and the busiest shopping day of the year form many retailers. (Photo by Spencer Platt/Getty Images)
Photograph by Spencer Platt — Getty Images

Best Buy (BBY) has laid off a few dozen employees at its Minneapolis-area home office after a weak holiday season.

The electronics retailer, which in January reported comparable U.S. sales at its stores fell 1.4% in November and December, did not confirm the number of layoffs, but the Minneapolis Star-Tribune which first reported the cuts, said they numbered in the dozens.

“We’ve had some areas where we have done a small amount of restructuring,” Jeff Shelman, a company spokesman, told the Star Tribune. Shelman said the company was also hiring in some areas. Best Buy did not immediately respond to a request from Fortune for comment.

Best Buy, which reports full quarterly results on the Thursday, disappointed investors with its holiday season, which raised the specter that the electronics retailer’s comeback is sputtering. The retailer had promised to get aggressive for the holidays with tactics that included waiving minimum online order thresholds to get free shipping.

Best Buy had been enjoying something of a renaissance after a few rough years, when a significant portion of consumer electronics shopping shifted online, specifically Amazon.com (AMZN). But the retailer has countered that with, among other tactics, shop-within-shops for top brands like Apple and Samsung.

The Star-Tribune estimated that some 5,000 people work at Best Buy headquarters in Richfield, Minnesota, near the Twin Cities’ airport.