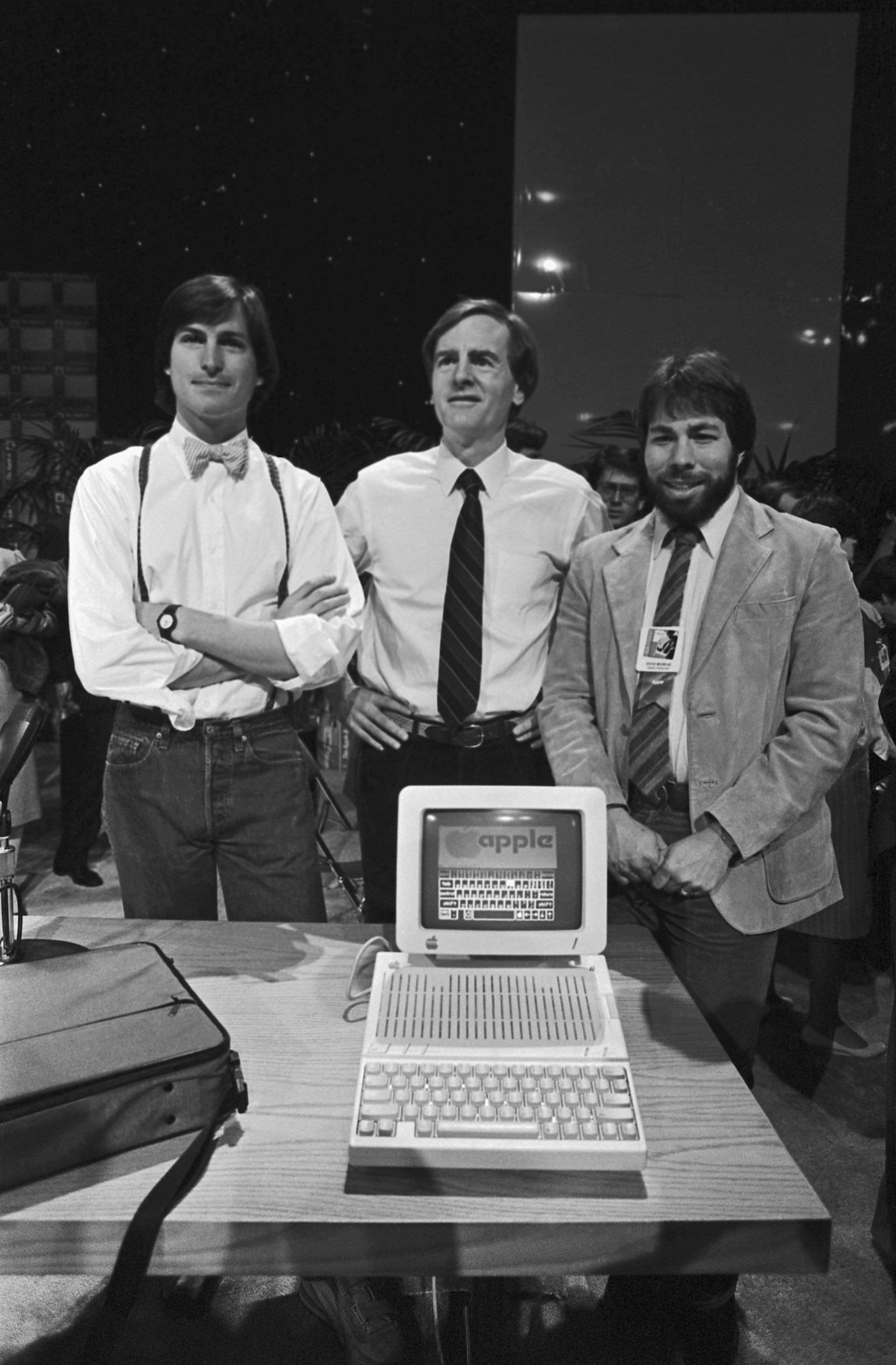 (Original Caption) Apple Computer triggered the second blast of its two-barrel 1984 attack on the personal computing market with the introduction of a new portable computer. Apple President John Sculley, flanked by co-founders of Apple, Steve Jobs (left) and Steve Wozniak (right), unveiled the new briefcase-size Apple IIc to more than 3,000 dealers and software sector representatives at Moscone Center. Apple expects two out of three buyers to use the IIc in the home, with the rest of the sales split between schools and business.
Photograph by Bettmann Archive—Getty Images

Apple co-founder Steve Wozniak has some advice for entrepreneurs hoping to make it big in Silicon Valley: Don’t just think about getting rich.

“I think the money that’s been made has attracted a different kind of people looking at technology today and saying ‘Oh my gosh, I could maybe have a startup and make a bunch of money,'” Wozniak said in an interview with news site Mashable. “And the ones that come out of business school, money’s the priority. For the ones that come out of engineering school, being able to accomplish and design things that didn’t exist before is their priority.”

His comments come just days after Apple celebrated its 40th birthday, when Wozniak, along with Steve Jobs and Ronald Wayne, started working on their first personal computer, the Apple I. The company quickly grew into a giant Silicon Valley startup that made Wozniak a multi-millionaire. Since then, he has dabbled in a few companies, but largely focused on philanthropy at organizations like digital-rights group Electronic Frontier Foundation. He most recently helped organize the first-ever Silicon Valley Comic Con, a convention that combined comics and technology into one show.

Wozniak, 65, talked briefly about his time at Apple (AAPL) and the successes his company enjoyed. He said that while the lore of the company starting in a garage was “kind of a true story,” what was abundantly clear back then was that he and his co-founders “were humble and we had no money.” He added that Apple’s co-founders didn’t worry about money. Instead, he suggests, major firms like Apple, Facebook (FB), or Google (GOOGL), were started by younger people with dreams of accomplishing things.

So, what’s the solution to addressing Silicon Valley’s mentality? Wozniak didn’t offer any. However, he used his experience—and that of his fellow successful entrepreneurs—to explain that perhaps there’s a better option for those hoping to strike gold.

“I know with Apple we did really think in terms of ‘Maybe we’ll just be small stuff but big deal, we’re doing what we think is important,'” he said.