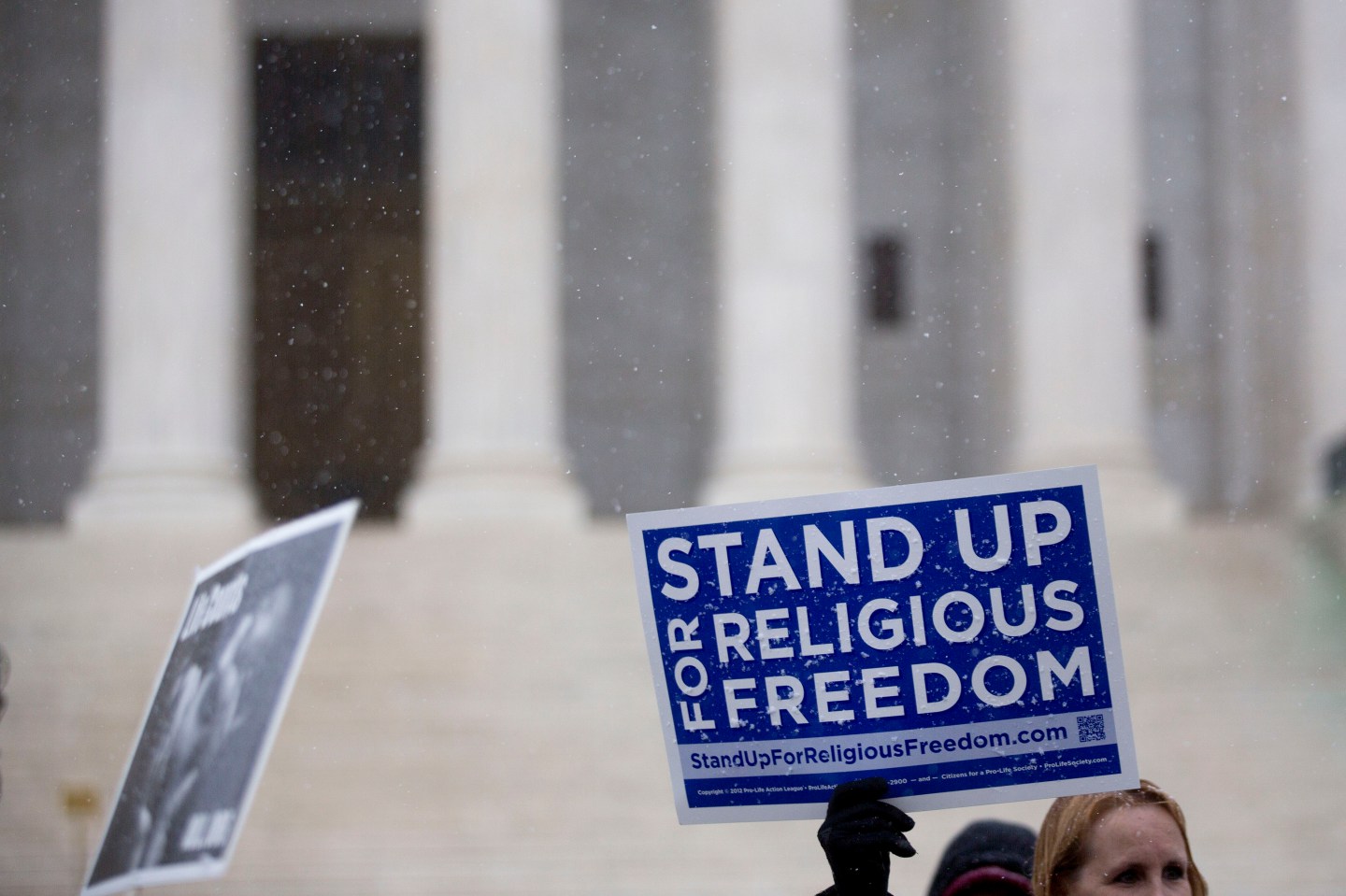 The court was set to hear a 90-minute oral argument on seven related cases focusing on whether nonprofit entities that oppose the requirement for religious reasons can object under a 1993 U.S. law called the federal Religious Freedom Restoration Act to a compromise measure offered by the Obama administration.

The 2010 Affordable Care Act, dubbed Obamacare, was passed by Congress over unified Republican opposition. It is considered Obama’s signature legislative achievement. Conservatives have mounted numerous legal challenges to the law, with the Supreme Court in 2012 and 2015 issuing high-profile rulings leaving it intact.

Among the groups challenging the requirement is a Colorado-based order of Roman Catholic nuns called the Little Sisters of the Poor that runs care homes for the elderly.

The case will be heard by eight justices, with the court one short following the Feb. 13 death of Antonin Scalia. The court is now divided 4-4 between liberal and conservative justices without Scalia.

The Christian groups object to a compromise first offered by the Obama administration in 2013. It allows groups opposed to providing insurance covering contraception to comply with the law without actually paying for the required coverage.

Groups can certify they are opting out of the requirement by signing a form and submitting to the government. The government then asks insurers to pick up the tab for the contraception.

The challengers contend the accommodation violates their religious rights by forcing them to authorize the coverage for their employees even if they are not paying for it.

The case represents an uphill battle for the challengers, who lost all seven cases now before the Supreme Court in lower courts.

Scalia, a conservative Roman Catholic, was considered a reliable vote for the religious groups. In 2014, he was in the majority when the court ruled 5-4 that family-owned companies run on religious principles, including craft retailer Hobby Lobby Stores, could object to the provision for religious reasons.

If the four conservatives who sided with Scalia in that case remain unified, the best result the challengers could get would be a 4-4 split. That would leave in place the lower-court rulings favoring the Obama administration.

A ruling is due by the end of June.