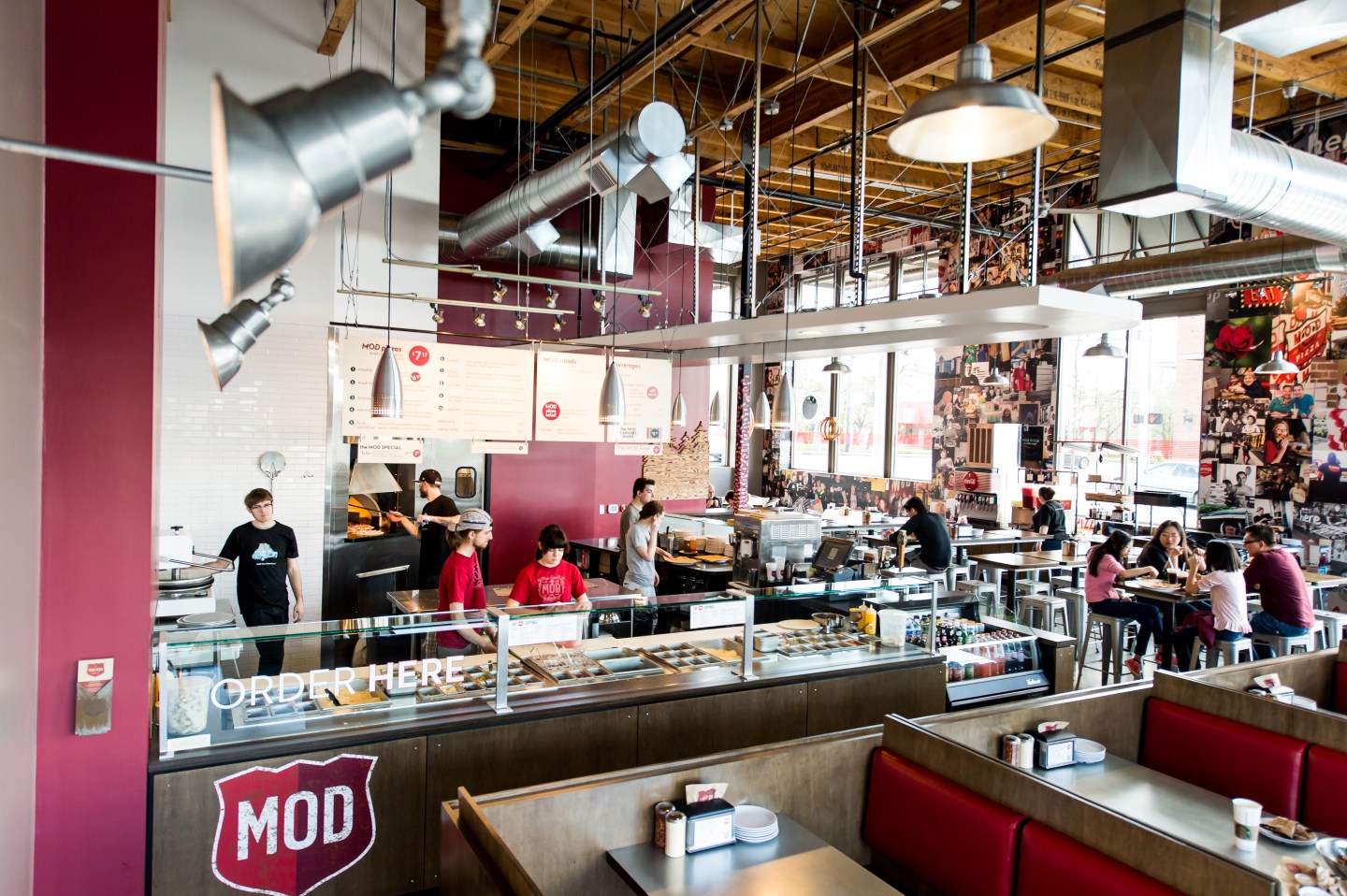 MOD Pizza has raised $32 million in an equity funding round that will be used to fuel store growth for the fast-casual restaurant operator, Fortune has learned.

The chain, which operates 110 locations across 16 states, will use the proceeds from the offering to double its store count this year, after tripling it in 2015. The latest funding round was led by boutique investment bank Perella Weinberg Partners, which led MOD Pizza’s $45 million funding round in March 2015 and also holds two of MOD Pizza’s six board seats. To date, MOD Pizza has raised about $106 million from PWP and a small group of private investors.

Scott Svenson, co-founder and CEO, tells Fortune that MOD Pizza will open 70 company-owned locations this year and up to 30 franchise stores. It will also enter the U.K. market, marking its first foray abroad.

Rapid store growth is needed to stay ahead of the competition. MOD Pizza says it was the first to open a fast-casual chain that focuses on pizza in 2008, though the category has since seen a ton of rival entrants, including chains backed financially by Chipotle (CMG) and Buffalo Wild Wings (BWLD).

“This category was primed for some innovation,” says Svenson of the $40 billion pizza industry.

As Fortune has previously reported, fast-casual pizza operators are expected to open hundreds of new locations in the next few years. Pizza is fairly late to the fast-casual craze, as analysts have said that new technology helped make it easier for smaller ovens to cook pizza quickly. Fast-casual pizza chains often cook individual pies in five minutes or less. For MOD Pizza, the average is about three minutes.

“It is a fast-casual experience centered around a fantastic individualized pizza,” Svenson says. He notes that unlike other fast-casual chains like Chipotle, MOD Pizza is cooking pizzas to order, which results in a slightly longer cooking time.

The concept is resonating with diners. MOD Pizza brought in over $60 million in annual revenue, with same-store sales growth of 12.4%, in 2015. It plans to open locations in six additional markets this year and add 100 new stores annually for the foreseeable future. MOD Pizza also touts its corporate culture – it employs 2,200 people and ranked No. 7 on Fortune‘s 20 Best Workplaces in Retail.

The fast-casual category has seen rapid growth in recent years, as diners are willing to pay a few dollars more for food that they believe uses healthier ingredients but is still served quickly (without table service). A number of such companies have gone public over the past few years, often generating strong first-day pops. Such firms’ subsequent stock performances have been mixed, as growth in the competitive category isn’t always as strong as investors have hoped.

With that in mind, MOD Pizza says it doesn’t want to go public too early.

“There have been a lot of great brands that have gone public. They’ve all had success out of the gate and they’ve all had a mixed experience a year or two later,” Svenson said. He doesn’t view going public as an end point, saying he and his wife Ally – another MOD co-founder – have more altruistic aspirations.

“We want this next and last chapter of our professional lives to leave a legacy,” he says. “You can take a simple product like pizza and can use it to make a difference in your community.”