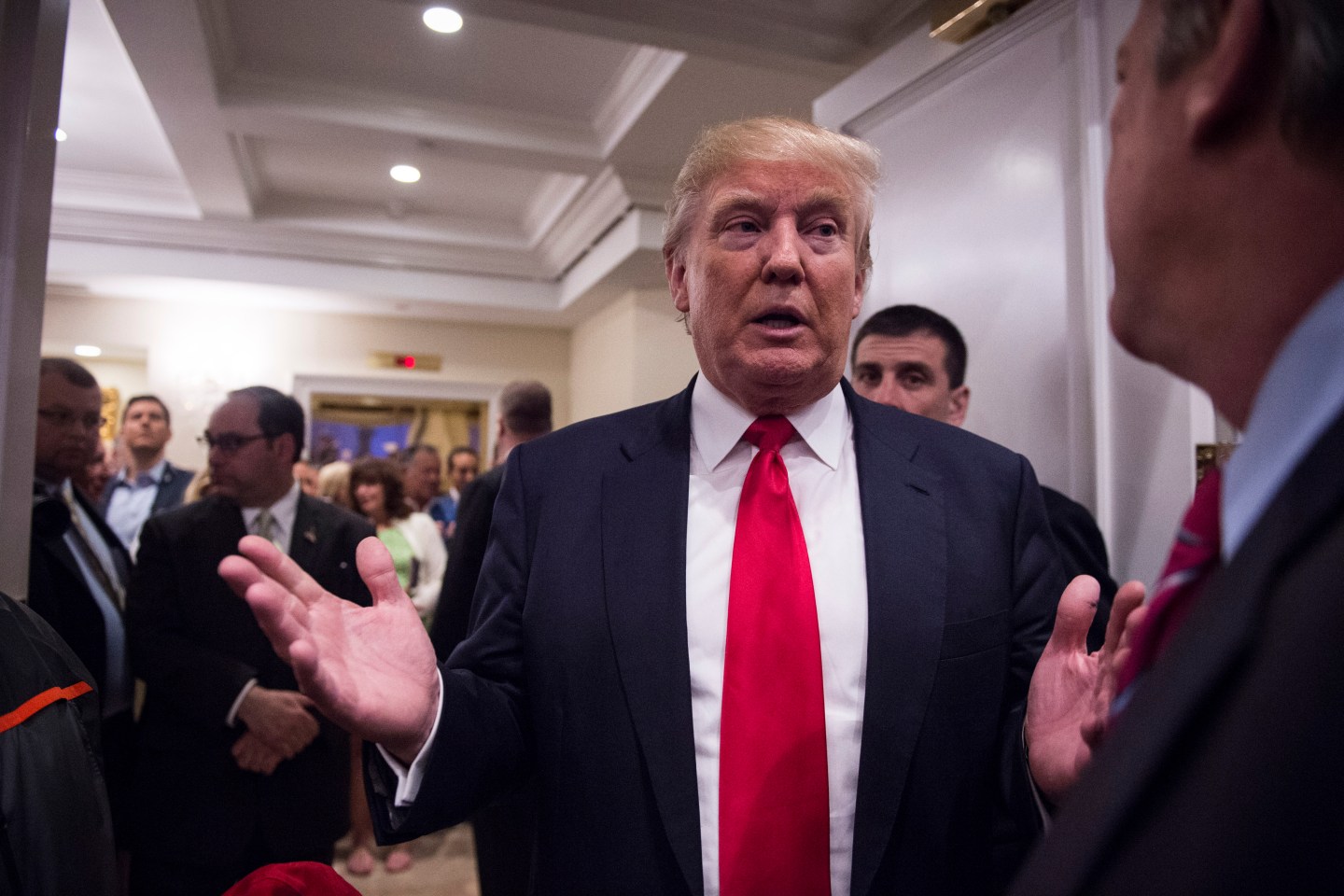 Republican presidential candidate Donald Trump on Thursday blasted currency devaluations around the world for hurting the U.S. economy and costing American jobs, and defended his calls for a tougher U.S. stance on trade.

Asked about the European Central Bank’s decision on Thursday to cut interest rates, Trump told CNBC that such devaluations were driving manufacturing and other jobs outside of the United States.

“We just sit back and do nothing,” Trump said. “That’s getting to be very dangerous as far as I’m concerned.”

A more effective economic move than devaluations would be charging a tax on products made abroad and sold in the United States, particularly those from China, Trump said.

“China is the grand master of all,” Trump said. “I have great relationships and business relationships with China, and even those people say they can’t believe what they’re getting away with.”

Additionally, the frontrunner for the Republican nomination in the Nov. 8 U.S. presidential election said that while he supports free trade if it is “fair,” the United States has been taken advantage of in negotiations.

Trump also said if elected president he would move quickly to stop corporate inversions—when a U.S. company acquires an overseas firm and reduces its tax bill by moving its headquarters to the purchased firm’s location. Trump said he thinks corporate inversions cost the United States twice as much as estimated.

He said drugmaker Pfizer (PFE) and other companies that have recently left the country show “there are things that are very structurally wrong with what we’re doing.”

“I think it’s $5 trillion, but I don’t think our country has any idea what it is, but I think it’s much more than $2.5 trillion,” he said, referring to U.S. tax revenue lost when companies pull off corporate inversions.

Trump said Republicans and Democrats agree they want to halt such inversions, but “they can’t make a deal because they don’t have leadership.”

“I could make a deal in 15 minutes by getting people in a room,” Trump said. “Everybody wants that money to come into the United States … It would be so easy.”