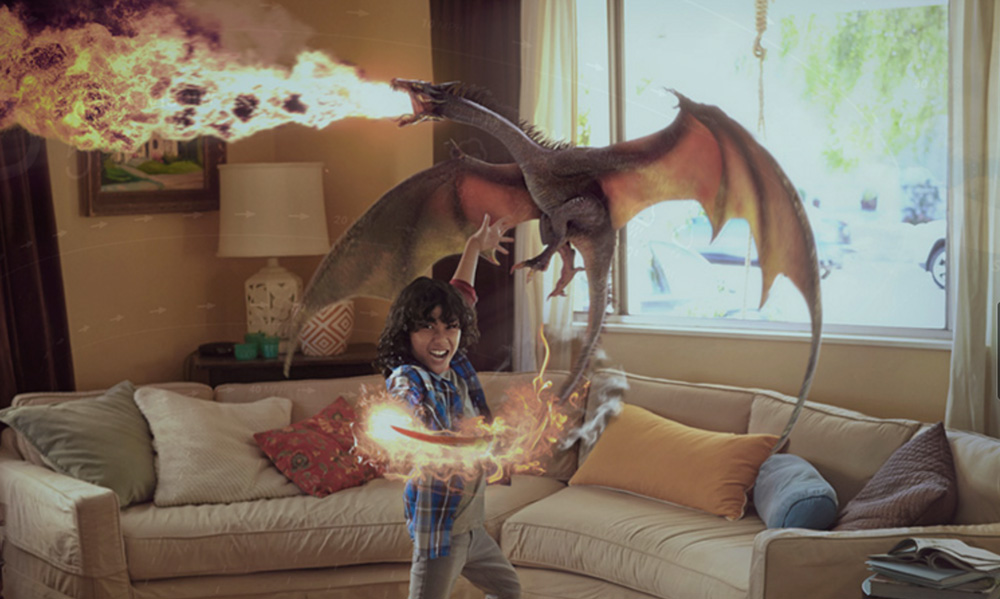 The stock market may be volatile these days, but the virtual reality and augmented reality industries are riding a high. Ahead of the consumer launches of Facebook’s Oculus Rift and the HTC Vive, over $1.1 billion has already been invested in virtual reality and augmented reality companies in the first two months of 2016 according to Tim Merel, founder and CEO of Digi-Capital.

What’s more impressive is the fact that these two industries saw “only” $700 million in investments in all of 2015.

Mixed reality company Magic Leap is leading the wave of investments. The Florida-based startup has added $800 million in a February “C” round led by Alibaba (BABA). That company is now valued at $4.5 billion.

“AR/VR is the fourth consumer tech platform shift after PC, web, and the smartphone/tablet revolutions,” Merel says. “Mixed Reality using light field is the ultimate expression of what is possible with today’s technology, as it convinces users’ eyes and brains that the virtual objects they are shown in the world around them are real. The light field prototypes I have seen do a pretty convincing job of this, so the potential for Magic Leap is clear.”

Some of the leading investments include MindMaze, which raised $100 million at a $1 billion evaluation to officially become the fourth unicorn in these two industries. MindMaze, which develops virtual reality for medical fields and will also be releasing a consumer device, joins Magic Leap, Oculus VR, and Blippar in that esteemed field.

Blippar raised $54 million this year and was already valued at $1.5 billion from its previous round in 2015, according to Merel.

Wevr raised $25 million this year to launch the YouTube of virtual reality.

“We’re now seeing the creation of dedicated early stage AR/VR funds, such as the Colopl VR Fund with $50 million to invest,” Merel says. “We note that amounts committed by Limited Partners to AR/VR funds are not included in the $1.1B number—that number is the amount invested into companies directly. In other words, there is more money in the AR/VR investment ecosystem looking for great portfolio companies.”

It’s still very early days of both the virtual reality and augmented reality industries, which means there are still opportunities for investors who have yet to look at these markets.

“Nobody knows who is going to win AR/VR hardware, platforms, commerce, video, advertising, data, social, messaging, consumer apps, games, enterprise, etc.,” Merel says. “It’s all to play for, so today the smart players are investing in great platforms, technology, and teams with the potential to dominate specific sectors in the long run. The opportunity is equivalent to setting your time machine to 2006 and making first—and second-round investments in today’s mobile leaders. The market has that much potential.”

Facebook (FB) launches its $599 Oculus Rift Consumer Edition at the end of this month and the HTC Vive Consumer Edition debuts on April 6. Merel says if HTC, which has partnered with Valve, and Facebook get virtual reality right, then the impact could be strongly positive.

Microsoft (MSFT) is bypassing a consumer launch of HoloLens in favor of a $3,000 HoloLens Development Edition on March 30. Merel says augmented reality could disrupt mobile and become three times larger than virtual reality by 2020, when augmented reality is forecast to hit $90 billion and VR $30 billion revenue.

“Because VR is currently 12 to 18 months ahead of AR in consumer market readiness, AR players (e.g. Microsoft, ODG, Meta) are focused primarily on enterprise markets for 2016 ahead of consumer AR launches going into 2017,” Merel says. “The lessons learned and technology developed for AR business users this year will be hugely important in refining consumer products for next year. Of course, the wild card here is the secretive Magic Leap, depending on the focus and timing of its market launch.”