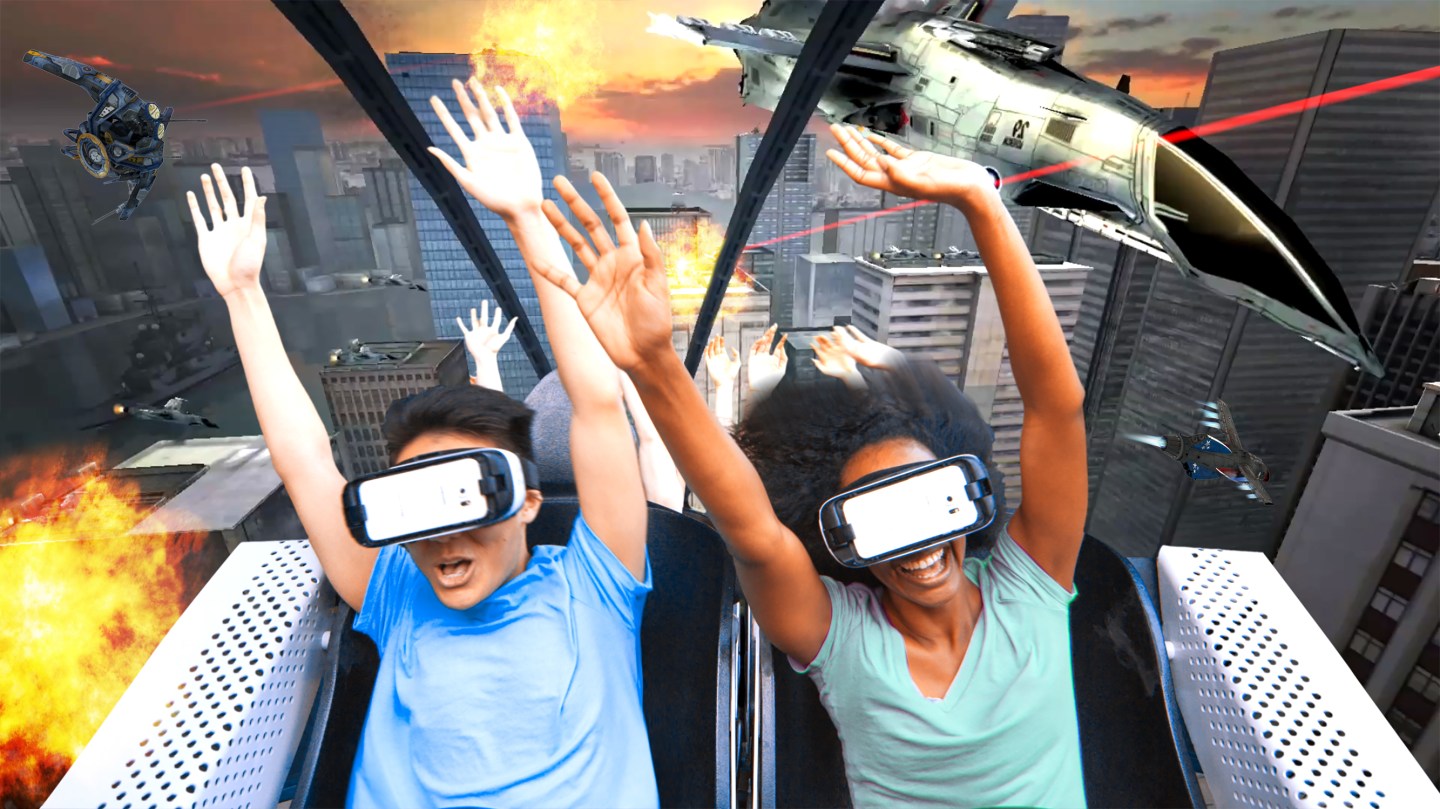 Six Flags (SIX) has partnered with Samsung Electronics America to integrate the mobile Gear VR device into virtual reality rides that were designed to take advantage of every twist and turn in the roller coaster track. Samsung is now the “official technology partner” of Six Flags, and its Facebook (FB) Oculus technology is powering two new virtual reality rides.

Brett Petit, senior vice president of marketing for Six Flags, says the company has been exploring VR for years, but now the technology exists to deliver the types of one-of-a-kind experiences it was looking for.

“The expertise and hardware that Samsung provides, with the Gear VR and their partnership with Oculus, is really what took this to the next level and made virtual reality on a roller coaster possible,” Petit says.

Petit says using CAD (computer-aided design) drawings and technical layouts, Six Flags ride designers crafted the story lines, perfectly syncing the movements of each roller coaster with what riders are seeing on their Gear VR headsets, bringing it all to life.

This ride focuses on the comic book super hero, bringing a 360-degree tour of Metropolis to life courtesy of Lex Corp Sky Tours. After Lex Luther and his Lex Bots wreak havoc with gravity in the city, riders fly along with Superman as he battles Lex and his mechanized minions to restore order to the city.

“The possibilities are almost endless when you consider all of the different concepts and themed worlds that can be created—we can now provide experiences you can only do in a virtual world, like the ability to fly alongside Superman, be the co-pilot of a jet fighter and save the planet, explore outer space…the list goes on,” Petit says. “We have the ability to swap out those virtual experiences or even give guests a choice of what adventure they want to ride each time.”

One issue that Disney and other theme park developers have brought up with implementing virtual reality is hygiene, since so many guests ride a roller coaster on a typical day.

Petit says all parts of the headset that touch a rider’s face and head are covered in an anti-microbial leather and cleansed between every use with anti-bacterial wipes.

In addition, charging stations will be located at each ride to ensure there are sufficient phones available for guests throughout the day.