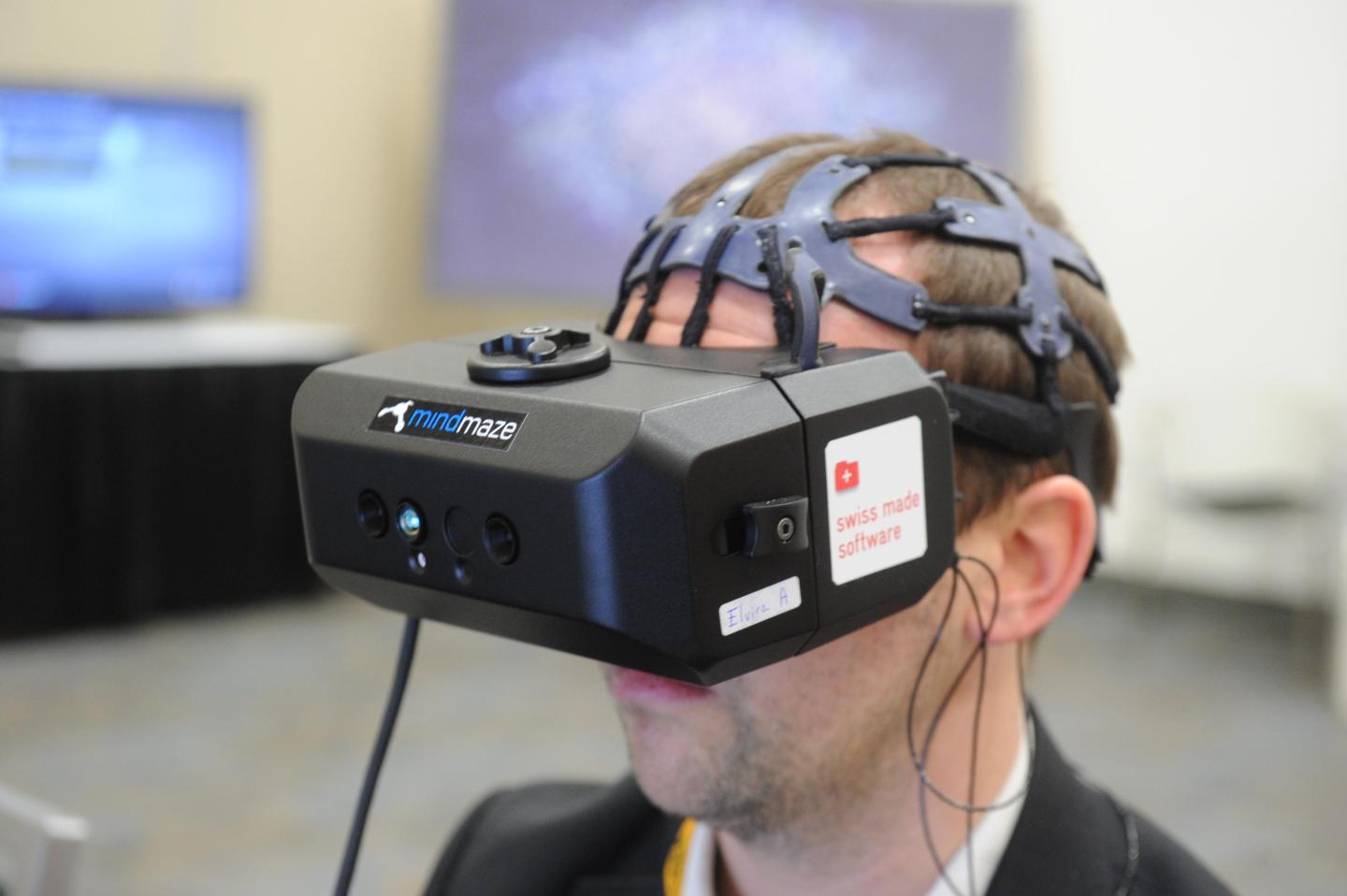 For a soldier who has endured an amputation, severe phantom limb pain can be debilitating.

Virtual reality company MindMaze has designed a medical virtual reality, augmented reality, and motion capture video game system that immerses the amputee in a virtual environment, where moving the existing arm will move the non-existing arm of the avatar. Neuroscientist and MindMaze founder and CEO Tej Tadi says this “mirroring” tricks the brain into believing the severed limb is actually there, and has proven benefits in phantom pain management.

After testing this technology in Switzerland with amputees at Lausanne University Hospital, MindMaze is going to start working with patients from the U.S. Department of Veterans Affairs through a study at the University of California, San Francisco with Dr. Gary Abram, a neurologist and the director of the Neurorehabilitation Clinic at UCSF Medical Center. In about six months, researchers will have data from this second-quarter VA-associated study, which could open the door for this treatment to be used by additional soldiers.

The research helped MindMaze recently raise $100 million in funding from Hinduja Group and receive a pre-money valuation of more than $1 billion.

The Swiss-based startup has spent the last three years exploring new ways virtual reality can help patients recover from debilitating injuries such as amputations, brain trauma, and strokes. Tadi says the recent funding will be used to explore additional medical uses for virtual reality, including other neurological problems such as post-traumatic stress disorder (PTSD), Parkinson’s disease, cerebral palsy, and autism.

Tadi says all of these medical issues can benefit from the virtual reality video game, which can stimulate new neural connections in the brain through the mirroring technique.

“In the case of a stroke victim, the game targets a specific movement, and patients see their actions mapped onto an avatar,” Tadi says. “For someone who is unable to move their right arm after a stroke, an exercise requires them to reach for a virtual object with their functioning left arm, but on-screen they see the avatar’s right arm move.”

According to the Centers for Disease Control and Prevention, nearly 800,000 Americans cope with the long-term disabilities of strokes each year. Globally, the World Heart Federation estimates 15 million people suffer from strokes.

MindMaze isn’t selling its hardware directly. Hospitals and rehabilitation centers can rent the hardware and software package on a subscription basis, which starts at $2,500 per month.

For more on health and technology, watch:

Tadi says MindMaze has formed distribution and marketing partnerships in Asia and the European Union with the plan to launch hospital and home devices for stroke and brain injury patients in 2016. Sales for the U.S. will begin in 2017 after testing this year at Stanford University and UCSF.

In what may be the strangest offshoot in technology, MindMaze is also releasing a virtual reality gaming system called MindLeap in late 2016. The system is based on MindMaze’s proprietary, medically proven neurotechnology engine for stroke, amputee, and brain injury patients.

Tabi says MindLeap introduces a whole new way for gamers to engage in and experience the games they already love—not only seeing their bodies/avatars in their games’ virtual worlds, but triggering events with their thoughts.