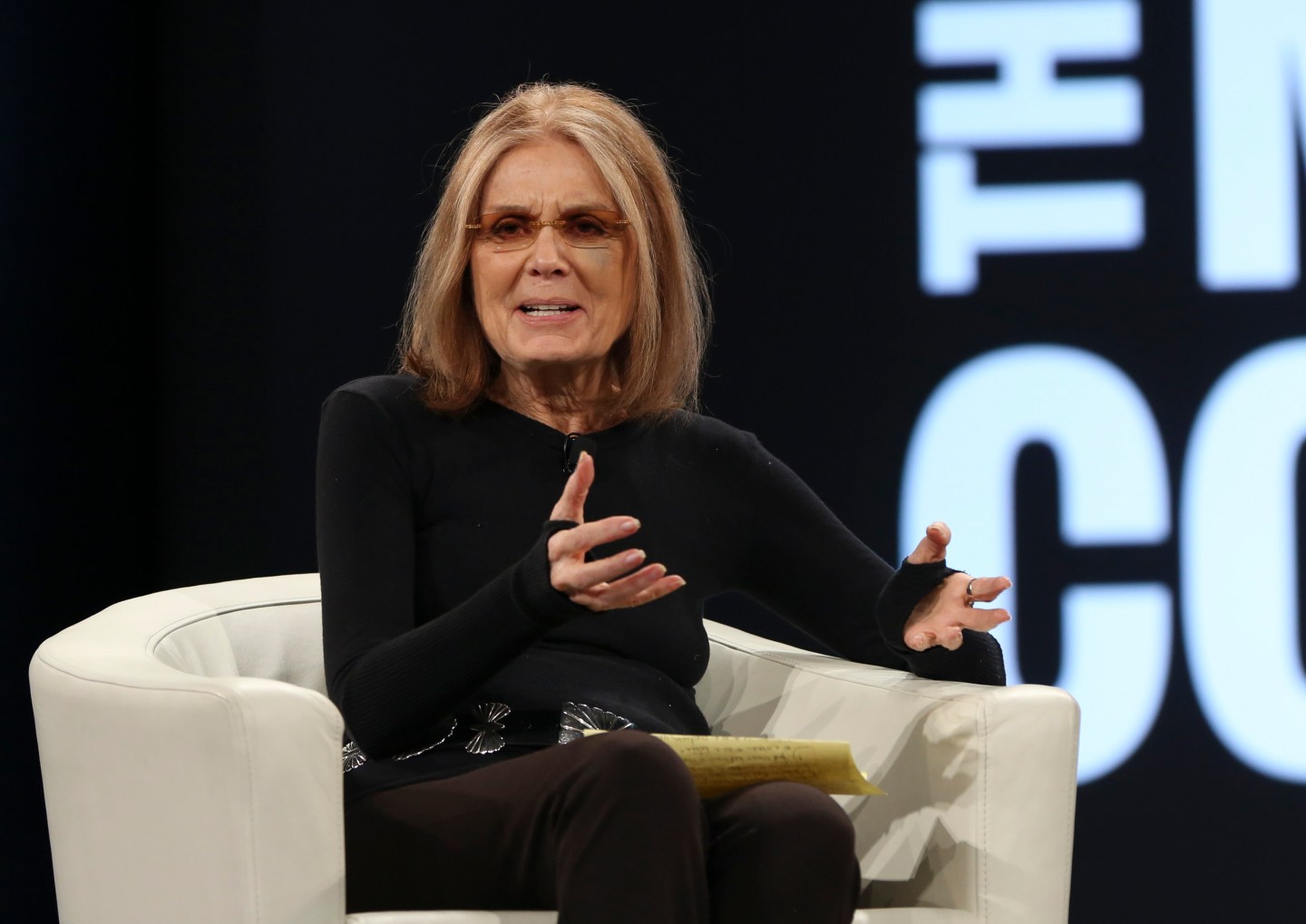 Lands’ End is in hot water. It included feminist icon Gloria Steinem on its website and in its spring catalog, earning the ire of customers with pro-life views. Then, on Wednesday, it got in trouble a second time, for apologizing for it, and now it has managed to become an abortion debate battleground.

“We understand that some of our customers were offended by the inclusion of an interview in a recent catalog with Gloria Steinem on her quest for women’s equality,” the company said on its Facebook page Wednesday. “We thought it was a good idea and we heard from our customers that, for different reasons, it wasn’t.”

The Wisconsin-based clothing retailer featured the women’s rights activist in a profile in its catalog and was beset by complaints from customers who objected to her pro-choice position.

Some went to the company’s official Facebook page to say so. “I encourage every mom in America to stand up for our children, defend our children,” one commenter said. “When you spring clean, don’t donate any LandsEnd clothing; pack it up, ship it back to LandsEnd and get your money back.”

“Too bad your honoree doesn’t believe in safety in the womb,” said another. “Can you hear the crash as your sales fall?”

Perhaps more ominously, Missouri’s School of the Ozarks and Fr. Tolton Catholic High School said Wednesday that they would no longer buy their student uniforms from the company. If other schools follow suit, it could negatively affect Lands’ End’s bottom line.

Uniforms for private and religious schools constitute a significant portion of the company’s business. It also offers customized websites for the approximately 5,000 schools that use it, so that parents can shop for items on each school’s specific uniform list.

While Lands’ End couldn’t modify its print catalog, on Tuesday it removed any and all references to Steinem from its website and issued an apology in a statement the following day.

Steinem was featured in the retailer’s “Legends Series,” which highlights “individuals with different interests and backgrounds that have made a difference,” the company said in its statement. Steinem did not mention abortion.

Lands’ End had also offered shoppers the option of adding the ERA Coalition logo to purchases in exchange for a $3 contribution to the ERA Coalition Fund For Women’s Equality. That option has apparently been removed from the company’s website, according to Forbes.

If the company had hoped to nip the controversy in the bud, it didn’t work. Many consumers took to social media to praise Steinem and denounce Lands’ End’s decision to remove her from its website. Some said that they had cancelled existing orders and would take their business elsewhere as a result.

.@LLBean please offer ERA logo on your totes! Will buy from you but not awful #LandsEnd. #Steinem pic.twitter.com/YADYwP0c0E

So disappointed in #landsend. Women’s equality is controversial? I’ll have to shop elsewhere https://t.co/8VCtrFMUuO

Peace out, @LandsEnd. Your actions and treatment of women are not okay and do not belong. #GloriaSteinem #landsend pic.twitter.com/1io75xjmxQ

Lands’ End has run afoul of consumers in its catalogs before. In its 2012 back-to-school catalog, it featured a backpack for girls with the tag line, “Light as a feather, tough as long division.” Some took offense at this, as they felt it implied that math is hard for girls. In August 2014, the retailer also apologized after annoying many customers by sending them subscriptions to men’s magazine GQ; the first issue showed a nearly naked model on the cover.

Steinem, on the other hand, has faced criticism and controversy for decades. In early February, on HBO’s “Real Time With Bill Maher” she said that young Democratic women were backing Bernie Sanders instead of Hillary Clinton because, “When you’re young, you’re thinking, ‘Where are the boys? The boys are with Bernie.'” She later apologized for the comment.