How Tricky Delegate Math Will Decide the Republican Nomination 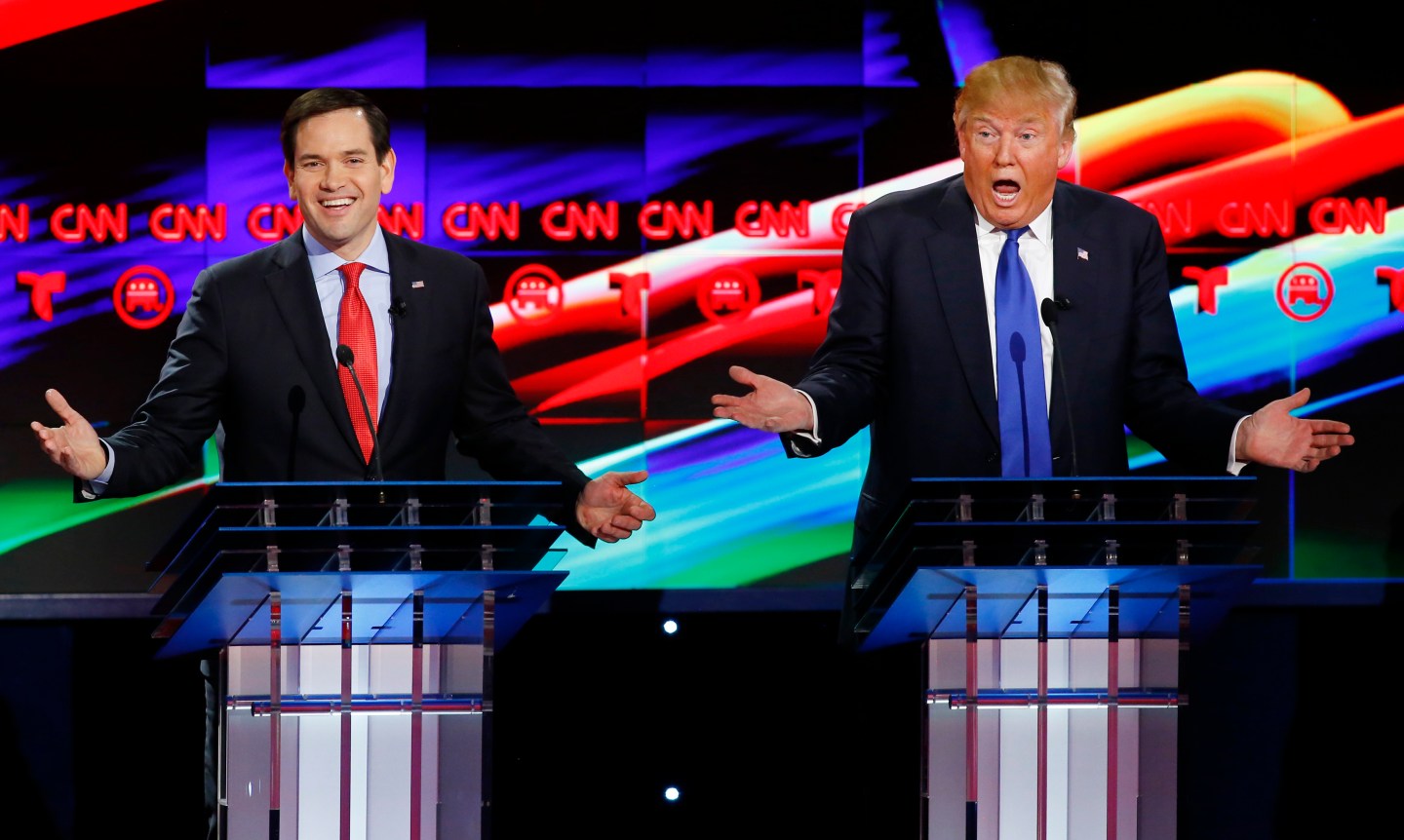 Slide rules at the ready, political experts are diligently calculating the complicated math in the Republican primary season to predict whether insurgent Donald J. Trump will land enough delegates next week, or in the upcoming weeks, to become the party’s inevitable presidential nominee.

For fans of mechanical computing, toting up delegate numbers readily lends itself to good, old-fashioned addition. As Trump, senators Ted Cruz and Marco Rubio, Ohio’s Republican governor John Kasich, and retired neurosurgeon Ben Carson come up against the clutch of primaries on Super Tuesday, March 1, the number of delegates at stake seems likely to tip the contest toward one winner.

Still, there could be surprises on the road to the 1,237 delegates needed to assure the nomination at this summer’s GOP convention. With Nevada’s contest behind him, Trump so far has amassed 82 delegates. That compares to, in descending order, 18 for Cruz, 16 for Rubio, six for Kasich. and four for Carson, according to FrontLoading HQ a site run by Josh Putnam, a University of Georgia lecturer who tracks campaigns and elections.

But the stakes are enormous next week, when 595 delegates are in play in 10 states: Alabama, Arkansas, Georgia, Massachusetts, Minnesota, Oklahoma, Texas, Tennessee, Vermont, and Virginia. If he chalks up several wins and moves his total beyond 400 delegates, Trump could be within comfortable shooting distance of being anointed by the end of the primary season in early June.

A cottage industry of political prognosticators is offering various scenarios in which knocking out a few contestants to create a narrower candidate field could alter the delegate totals. And, to be sure, there are quirks in how delegates are distributed in various states. More than half of the GOP’s 2,472 delegates, for example, are bestowed on a proportional basis, so no candidate’s path is as clear-cut as it might be if he could rely on a winner-takes-all formula to fatten his delegate count.

Take Texas, one of the states where the outcome is questionable for Trump. So far, Cruz, the ultra-conservative home-state candidate, has been leading rivals Trump and Rubio nearly two to one there; a favorable result such as that could give him the entire stash of 155 delegates, under a Texas rule that allots all the delegates to the candidate who wins a clear majority.

But if Cruz doesn’t overwhelmingly dominate the contest and bury Trump’s populist campaign even in areas where Trump is favored, like blue-collar southeast Texas, he may have to grudgingly share some delegates with his rivals. That would cut into his overall count, shore up Trump’s nationalistic campaign, and undermine Cruz’s hope of muscling out his competitors on his triumphal march to Cleveland’s July convention.

Such distribution peculiarities allowed Trump to run up his delegate count in South Carolina, where he won 50 delegates because GOP delegate proportionality rules awarded him all the state’s delegates even though he won only about one-third of the vote.

One of Trump’s biggest obstacles could be Ohio, which has 66 delegates at stake in its March 15 presidential delegate contest. There, Trump has been leading the local favorite Kasich by a slender margin, but if Trump flails that day, he could lose a big chunk of his delegate total.

The same day, Florida, with a hefty 99 delegates at stake, and Connecticut, with 25, also hold their contests. If Trump were to overwhelm his remaining rivals in these states—an outcome that is currently indicated in voter polling—he would gain just under 400 delegates.

A newly aggressive Rubio, who took on Trump frontally at last night’s candidates debate, hopes to flip that scenario with a blow-out win in his home state of Florida, countering Trump’s message by attracting substantial numbers of white-collar Republicans and voters opposed to wholesale deportations of illegal immigrants. By piling up Florida’s delegates plus those from a smattering of other states, like Maryland, where Trump’s message may not resonate in the same way it has in other places, Rubio has a chance to cut into Trump’s delegate count and keep the nomination up for grabs.

Of the Republican delegates remaining after the big state primary dates, slightly more than 600 are allotted through a combination of a winner-take-all and proportional processes. If Trump were to win two-thirds of them, that puts another 400 or so delegates in his column.

That would bring Trump to more than 1,200 delegates, which would leave him well in range of what he needs to become the official nominee. But if voters were to dump the New York billionaire along the way in Ohio or Florida, his delegate count would be painfully short of where it needs to be, and possibly push off the official choice in the turbulent contest to the Republican National Convention.

And that would be where the battle for the nomination could go from tumultuous to explosive. Even former contestants Jeb Bush, who has four delegates, Ron Paul and Carly Fiorina, each with one delegate, could find themselves mightily desirable as the last candidates standing seek every single delegate they can find.