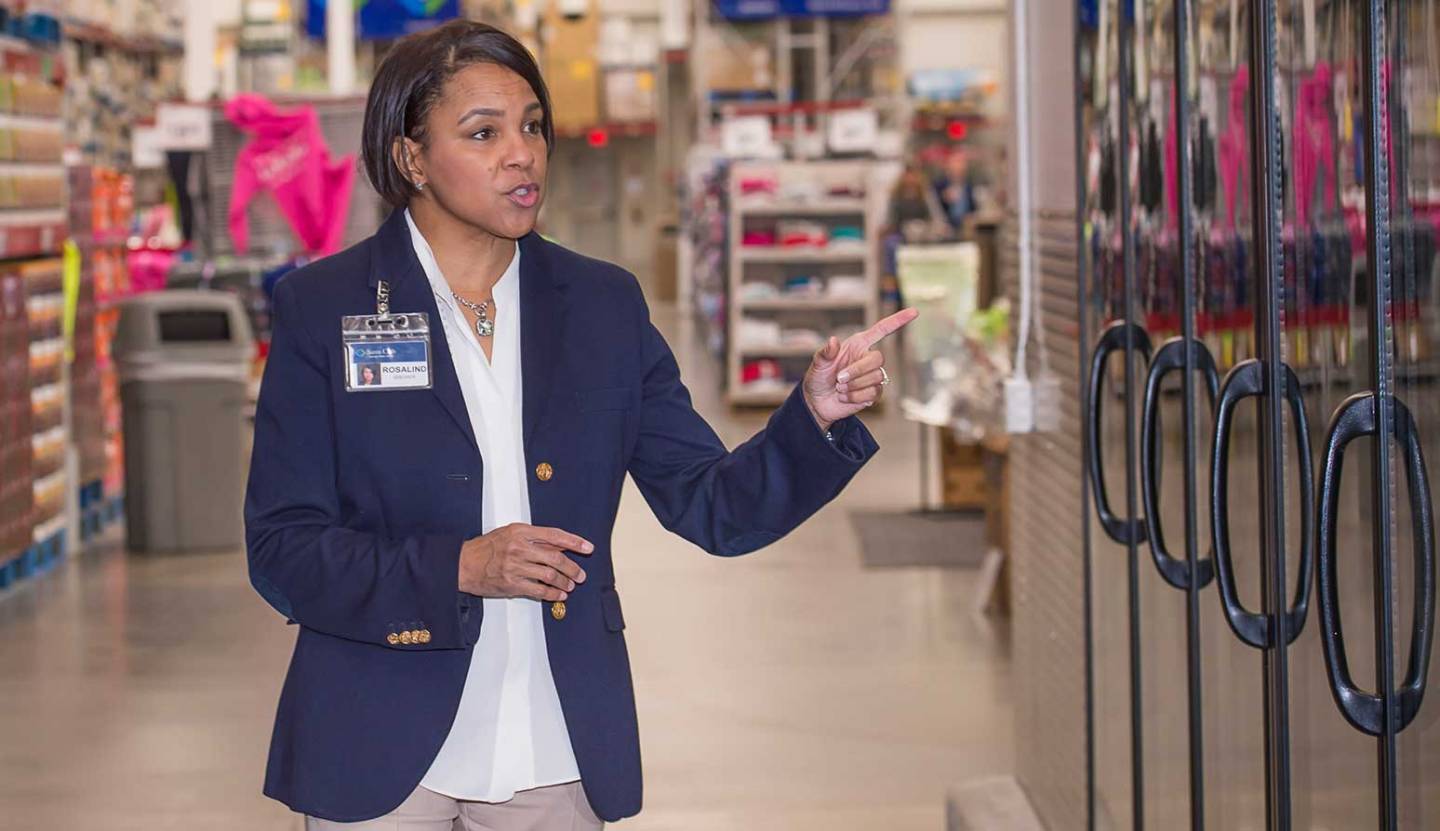 One of the reasons Sam’s Club has chronically lagged rival Costco Wholesale (COST) in sales growth is simple: Costco’s stores are in more affluent parts of the country, serving wealthy suburbanites. Those customers increasingly demand high-quality food, and are willing to pay a premium for it.

Sam’s Club has reported better annual same-store sales growth than Costco only once since 2007. To close that gap, the Walmart Stores-owned warehouse club operator is making major changes to its business model, putting a much bigger focus on improving store food brands, opening new Sam’s Club locations in higher income zip codes, and giving regional buyers more say in what the retailer sells, particularly as it pertains to gourmet and natural foods.

Food generates more than half of Sam’s Club $58 billion in annual sales, so this is no small point.

“This is absolutely a reset for our business,” Sam’s Club Chief Executive Officer Rosalind Brewer told Fortune in an exclusive interview. “We realized that we have the ability to take Sam’s to a higher household income.” (Brewer had telegraphed in October that changes were coming, but had not made details about the plan public until now.)

Currently, the median household income of a Sam’s Club member is $80,000, according to Sam’s Club estimates, and Brewer thinks she can get that up to $100,000. That compares to about $120,000 for Costco, whose stores are heavily concentrated in West Coast urban areas.

And things won’t get easier for Sam’s Club, the 8th largest U.S. retailer. Target (TGT) is overhauling its grocery assortment to promising initial results, while Amazon, whose Prime subscription service makes it very much a membership-based retailer, is expanding its online delivery service for groceries. Meanwhile, Whole Foods Market (WFM) this year will launch its less expensive “365” stores.

When Wal-Mart (WMT) legendary founder Sam Walton opened the first Sam’s warehouse club in 1984, he was looking for the same kind of success with small businesses that Walmart had found with everyday consumers. And he found it. Sam’s Club grew quickly and opened stores near Walmart locations as both chains got good real estate deals. But that turned out to be a handicap later, since many of those warehouses were in lower-income areas, more Southern and also more rural.

“You will see less of that,” Brewer says.

Beginning in 2016, Sam’s, which has about 650 clubs to Costco’s 487 U.S. stores, will open eight to ten new clubs a year in more affluent areas. Brewer is also overseeing the remodeling of 50 to 60 clubs this year, to outfit them with updated technology so Sam’s Club can build on its curbside pick-up service and improve other e-commerce features. The chain is working on mobile check-in and prepayment so customers, particularly small business members, don’t even have to set foot in the store when they come to collect an order. That would be an enormous convenience for such customers, who typically visit a Sam’s Club once a day.

It’s all fine to have stores in more affluent areas, but shoppers will only go if there is compelling merchandise. In a move aimed at reproducing the success Costco has had with its $15 billion Kirkland brand, Sam’s Club has whittled down its 21 brands to one, called Member’s Mark. Sam’s Club has hired a complement of product developers and quality testers to vastly improve its food offering. In 2014, Sam’s Club added 70 different organic items to its assortment, in frozen food, packaged foods and produce. But Brewer, CEO since 2012, wants to take that one step further.

In a first for Sam’s Club, it is putting in regional buying teams to source specialty fine foods and give stores in a given region more say in what it sells. That tactic is not really revolutionary, but it’s being successfully employed by everyone from Target to Whole Foods as grocers cater to local tastes and consumers adopt the farm-to-table way of eating.

“We know we have to win in food,” Brewer says.

“We are by no means willing to walk away from our core,” says Brewer. “We will help them migrate up.”