Target Just Dropped a Clue About its Upcoming Food Overhaul 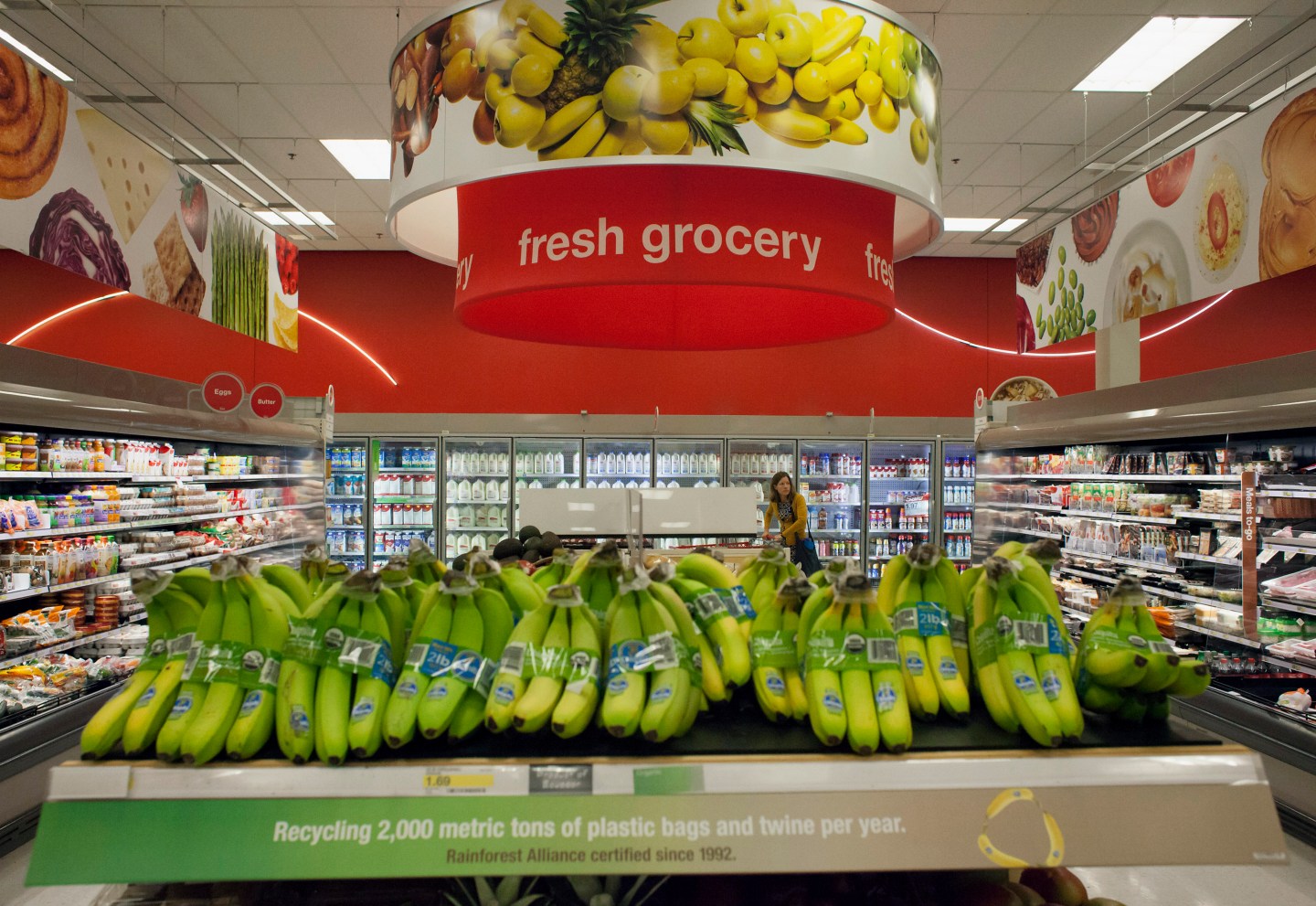 If you want an early peek at how Target (TGT) plans to overhaul its food unit, take a look at the makeover of its “Market Pantry” products.

“Market Pantry” is one of 10 Target brands that bring in at least $1 billion a year. Along with Archer Farms, it’s a cornerstone of the discount retailer’s food and pet supplies business, which is a category that generates more than one-fifth of sales. But Target said this week that customers found the presentation boring, prompting it to give the15-year-old brand’s packaging a new look.

Target set out to update the look of a line with more than 100 different categories within the brand and make it cohesive. The design features a bolder look for the new packaging, using bright colors against a red and white base (also Target’s corporate colors).

Last year, Target CEO Brian Cornell, previously CEO of PepsiCo Americas Foods (PEP), told Fortune that one of his key priorities was to vastly improve Target’s food category. After the recession, Target had quickly built up its grocery business, seeing it as a traffic driver for stores. But Cornell conceded that Target had to stand for something more in food and said that in 2016, the company would transform the category.

One example: Cornell wants organic items to account for 60% of the company’s baby food sales by next year, up from 40% when he took the reins. That change would address a key challenge: to make Target’s food selection more distinctive. And that extends to the packaging of its current brands.

In 2015, Cornell hired a former colleague from his days at Safeway (SWY) to oversee the management of Target’s food reinvention. That will be essential at a time when Walmart (WMT) is also working to improve its grocery business, which includes a bigger focus on fresh produce and organic foods.