Review: Eero Is the Future of Home Networking 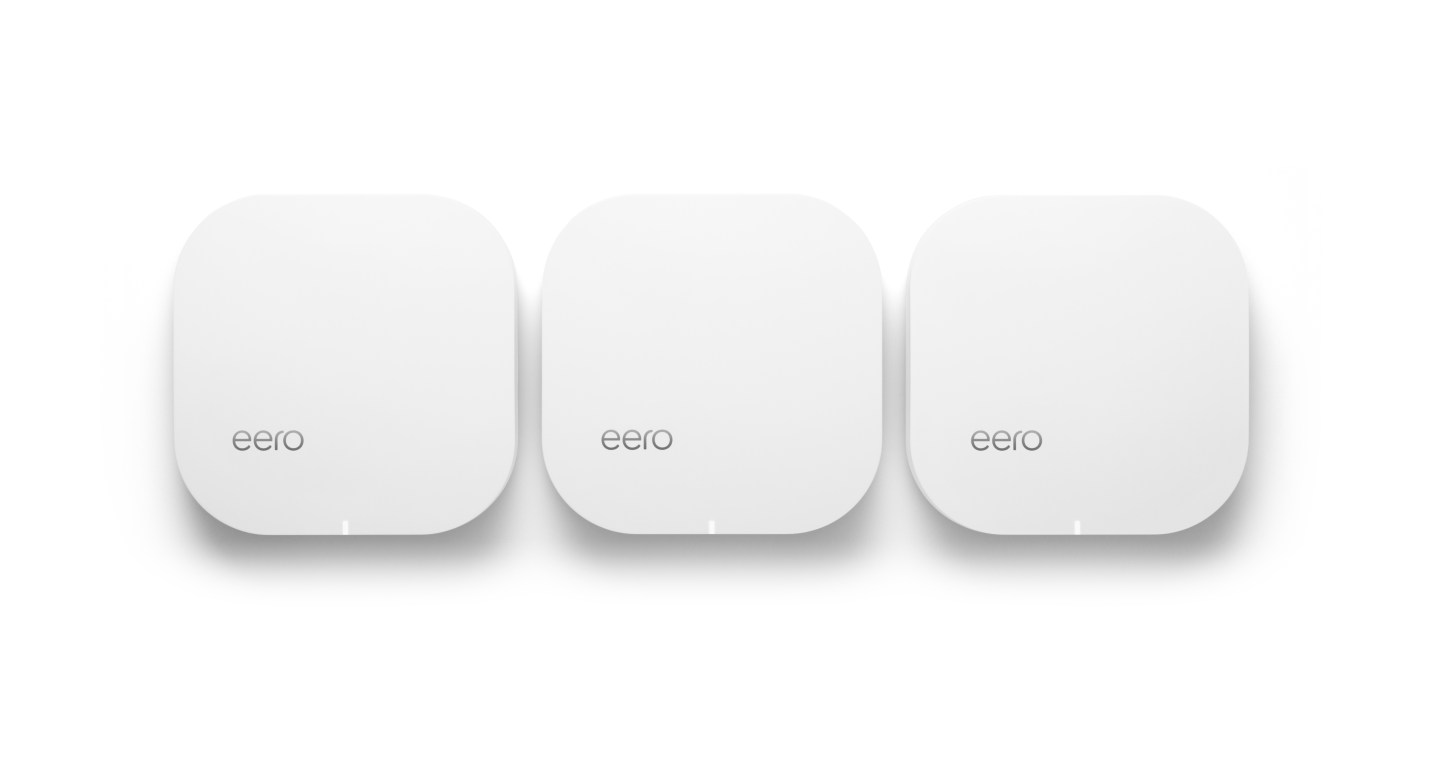 A year ago, startup Eero surfaced with a bold claim: It had developed a product that would fix Wi-Fi in our homes. Using a series of small white boxes, Eero would create a smart network capable of providing a consistent connection to Wi-Fi hungry devices throughout your home.

But skepticism of Eero’s ability to build the product it promised grew after several launch delays. Originally set to ship in the summer of 2015, Eero’s launch date kept getting pushed back. First Eero pushed the delay to late summer, then to fall, and finally to February 2016.

Eero co-founder and CEO Nick Weaver recently spoke with Fortune. According to Weaver, the delays were required in order to give the company time to grow and bring in the right personnel to build the product the company promised.

The company was able to meet its final shipping estimate, and starting today, Feb. 23, it’s shipping orders to customers who pre-ordered nearly a year ago. New customers can order a pack of three Eeros for $499 (recommended for larger homes), or a single unit for $199 from Eero.com or on Amazon later this week.

For the past two years I’ve spent countless hours researching, testing, and implementing a myriad of solutions in an attempt to cover my 3,300 square foot home—built in the 70s—in Wi-Fi.

Further complicating the matter, my home office is located in a metal building roughly 70 feet from our home.

Over the course of time, I’ve installed one Apple (AAPL) AirPort Express, one AirPort Extreme, and four power line adapters that essentially convert the electric wiring throughout a home into a makeshift ethernet network.

Nearly $450 later, I had a network that worked in the most important areas, but it still wasn’t perfect. Connection speeds suffered, causing videos to buffer on the Apple TV whenever I plugged my iPad in to charge. (One downside to power line adapters is the inconsistent speed based on the amount of devices drawing power—and their proximity to a power line adapter—at any given time.)

Wi-Fi speeds on the opposite end of my home were roughly half of the 125 megabits-per-second connection I’m paying for. But, it generally served its purpose: My family and I grew accustomed to the occasional buffering of our favorite shows in our living room. We knew webpages would take a little longer to load in our family room at the front of the house.

I got into the habit of going inside the house and sitting next to the AirPort Extreme in order to download large files or software updates for work.

We learned to accept our Wi-Fi network’s weaknesses as “just how it works.”

For more read: These Airlines Have the Best Wi-Fi in the World

Then last week I installed Eero’s kit of three devices and in a matter of minutes my home was nearly blanketed in Wi-Fi serving up the full 125 megabits per second. In order to fully cover my home and office, I would need to add another unit. However, the three units I was sent to use for purposes of this review fully cover my house—a feat I was unable to accomplish until now.

Setup took roughly 15 minutes, from the time I connected the first Eero to my cable modem until I plugged the third Eero into an electrical outlet. The setup process is handled through Eero’s mobile application on either an iOS or Android device.

Outside of providing a network name and password to Eero, the app handled the entire setup process on its own.

After completing setup, I began going from room to room running speed tests and checking Eero’s coverage. Time after time, the speed tests came back with 100 Mbps or higher; a number I was formerly able to achieve only in a specific spot in the house. I was giddy with excitement, so I downloaded a movie and laughed at how fast it was available.

For more on Wi-Fi in NYC watch our video.

Within Eero’s app I can run a speed test on my network, view the number of devices connected to my network, and view the status of each Eero on my account.

Eero takes about a day to gather information about your home, update its software, and optimize your network. Routine software updates to Eero devices will happen without the user ever knowing, improving reliability and tightening up security of your home network.

The buy-in cost of Eero is admittedly steep. However, looking at the money and time I’ve invested into my home network prior to Eero, the sticker shock begins to fade.

In my experience, Eero lived up to its promise. For the past week of testing, I’ve had a strong signal that provides the Internet speeds I pay for where I expect it. I haven’t had to reset my network, or troubleshoot a random drop in speeds.