Meet Eero: The only home Wi-Fi widget you’ll ever need 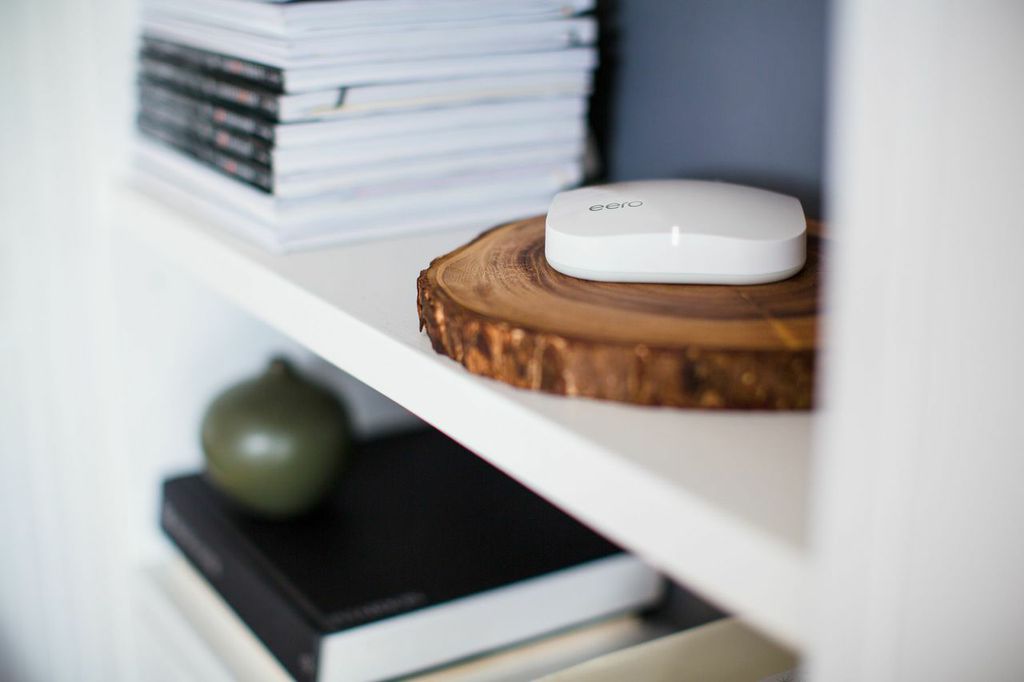 Seated across the table, Nick Weaver wields what appears to be a patch of white porcelain. It’s slightly bulbous, a palm-sized square with rounded edges. Save for a stylized Scandinavian name printed in the lower left-hand corner—”eero”—one might mistake it for a slab cut from a toilet.

In fact, Weaver is unveiling the product of a year’s worth of stealth research and development undertaken by Eero, his 15-person San Francisco-based startup. The unassuming plastic chunk encloses an all-in-one Wi-Fi device: a wireless router, access point, and range extender all rolled into one. He places it gingerly on the tabletop.

What makes Eero’s product different from those already marketed by competitors such as Linksys or Belkin (which acquired Linksys in 2013) is that the devices don’t, according to Weaver, require add-ons (although you’ll need three to cover a typical household). Eero works in tandem to create a wireless mesh network that permeates your home with Internet access. The devices run diagnostics, automatically download security fixes, and send weekly digests about network activity, Weaver says. Should anything go wrong—which is unlikely, he assures—there’s no need to get up and hit “restart.” The device will reboot itself.

Set-up is easy, too: Just plug the first one into your cable or DSL modem and a power source, spread the rest around your living quarters (also near power outlets), and the network can be managed with a mobile application.

Weaver pulls out his phone to show me the status of his in-laws’ home Wi-Fi network back on the West Coast. (Eero has been beta-testing its eponymous devices in 25 San Francisco homes, including Weaver’s own.) At the tap of a screen, he monitors its activity from Fortune‘s offices on the opposite side of the United States. It’s the only home Wi-Fi system you’ll ever need, he’s fond of saying.

The devices are meant to address some of the pain points that afflict home Wi-Fi: dead zones, password management, and yes, that dreaded, stomach-knotting epitaph of many an attempted video stream: “Buffering.” Eliminating dead zones is a cinch, Weaver says, since the system is distributed. Each device covers about 1,000 square feet, and three usually do the trick, he says, turning the Eero over in his hands.

The presence of multiple nodes helps prevent the network from overloading. As more devices connect and as they stream more data, the distributed Eero system keeps any one device from becoming too saturated. (In addition to targeting Internet of Things early adopters, the company hopes to court so-called cord-cutters, people who have ditched cable plans in favor of video streaming services like Netflix and Hulu.)

The Eero device also makes password management simple. People joining the network are split into three groups: “owners,” “users,” and “guests.” Owners have full administrative rights, users can invite guests, and guests solely can access the network. (For slightly more granular control, there is the option to set time limits for network access.) Also, instead of trying to decipher the alphanumeric character hastily jotted down by the installation technician—Seriously, is that a capital “Y” or “4” or some kind of Sumerian logograph?—users can simply be added through the accompanying Eero app. For anyone who wants to join the network who doesn’t have the app, an owner can easily text them the password.

“I grew up setting up these networks in Chicago,” Weaver says, reminiscing about a job he had around his neighborhood as a boy. Later at Stanford University, he took the reins again as a network administrator. That’s where he met his company’s co-founders, Amos Schallich and Nate Hardison.

Last January, the startup raised $4 million in funding from First Round Capital, Menlo Ventures (Weaver’s former firm), Stanford-affiliated StartX, AME Cloud Ventures, Homebrew Ventures, and individuals like Alexis Ohanian, Gary Tan, and Trae Vassallo. Today the company leaves “stealth mode” with plans to sell each device for $125 (or $300 for a 3-pack) and ship them in early summer.

“We spent a lot of time on the software piece, adding intelligence to the network,” Weaver says. His team spent an equal amount of time on the design. They wanted to create an item—a piece of industrial art—people would be proud to have on display. To make the devices beautiful, the startup enlisted one of today’s top design minds, Fred Bould, whose projects include the GoPro Hero 3 and the Nest thermostat.

Eero’s design is more than just for show. There is a commercial interest in looking pretty. When consumers prominently display the devices in their homes, they can potentially get better performance out of them. Further, the company hopes to tap into that social phenomenon—the network effect—that helps new products catch on. In a perfect scenario, people see Eero devices at their friend’s and family’s places, want them, and go out and buy them, too.

Since most Wi-Fi devices get buried, hidden from view, or stashed in closets—there is an “aesthetic hurdle you have to mount,” Weaver says, passing the tile in my direction. The company and product’s name is a reference to Eero Saarinen, designer of St. Louis’ signature Gateway Arch and master of sweeping architectural forms. (He also designed the Bell Labs headquarters.)

Inspecting the slab, I still think it’s unlikely that people will start decorating their domiciles with routers—even Eero’s charmingly paunchy all-in-one routers. But there is something to be said for the company’s ambition. For many homes, Wi-Fi has become the de facto gateway to the wider world. Eero offers slices of that sphere.