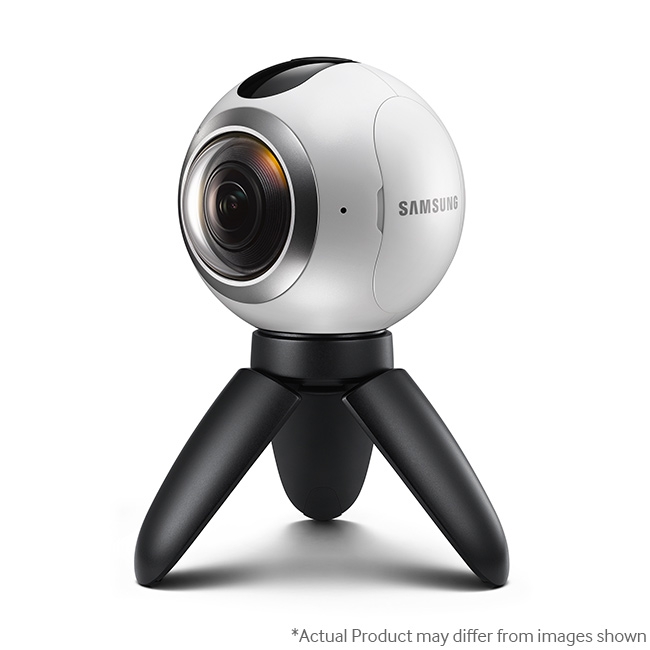 Samsung Electronics debuted its first virtual reality consumer camera, the Samsung Gear 360, at Mobile World Congress (MWC) in Barcelona. The 360-degree camera will ship in Q2 2016, although no price point has been released. It will complement Samsung’s $99 Gear VR headset, which has been a hot seller at retail since it debuted last fall.

The new camera should open up new bundling opportunities for Samsung to offer consumers both a way to film in 360-degree video and then watch that content.

“The larger strategy is not just to sell some new-fangled camera, but to do it in tandem with the transition to virtual reality, allowing people to record and share not just a flat image but a more immersive experience,” Joost van Dreunen, CEO of SuperData Research, says. “This first generation of devices is certainly not on par with the recording quality of professional rigs, but clearly shows for Samsung and its competitors the wider consumer market is the ultimate target for this burgeoning technology.”

Check out This New 360-Degree Camera:

The Gear 360 has been designed with dual fisheye lenses, which both have 15 megapixel image sensors. This allows users to capture high-resolution 360-degree video, as well as 30 megapixel still images. Users are also able to shoot 180-degree wide angle video and images using only one side of the camera lens.

The portable camera comes with a tripod and handgrip, and it will be compatible with third-party accessories. Samsung phone owners, including those who purchase the new Galaxy S7 and S7 edge, Galaxy S6 edge+, Galaxy Note 5, Galaxy S6 edge, and S6, will be able to preview content in real time when recording. Also, Gear 360 will automatically bring up filmed content for users to view and save on their smartphone, or to upload and share directly on social channels.

Samsung will be competing with new virtual reality offerings from LG, which is showcasing the LG 360 VR goggle and LG 360 Cam at MWC this week. Both gadgets will connect with the new G5 smartphone, which also debuted in Barcelona.

The 360 VR connects with the G5 via a dedicated cable and simulates a 130-inch TV screen. LG says the headset is one-third lighter than competing smartphone-connected virtual reality devices. Users will be able to watch 360-degree images and videos captured with the LG 360 Cam, as well as all Google (GOOG) Cardboard content.

Samsung and LG will be competing with Nikon, Vuze, Kodak, and other companies in this burgeoning 360-degree camera market.

“It is no surprise that after the market for traditional cameras collapsed when everything when digital, manufacturers like Samsung, Nikon, and LG are now going after the 360 market,” van Dreunen says. “It provides a first-mover opportunity, and all are eager to claim that spot, evidenced by the fact that this first generation of 360-degree cameras is good, but not great. We expect the quality of these devices to improve substantially over the next 18 months.”

Clifton Dawson, CEO of research firm Greenlight VR, believes content creation trends are as important as consumption for the future success of the medium.

“Consumer VR cameras like the Samsung Gear 360 will do a lot to address a major problem facing the industry right now – the capital intensity of creating VR content,” Dawson says. “Studio executives report to us in our industry surveys that the average production time for VR is more than six months, which tells me that if people are going to spend lots of time in VR, it’s going to have to be with lots of non-studio content.”

Jorge Aguilar, executive director of brand strategy at marketing agency Landor, believes consumer behavior could drive the growth of this category depending on the rate of adoption of image and video in social media platforms. He says 360-degree cameras have the potential to enhance the consumer experience of social platforms such as Instagram, Snapchat, and Pinterest.

MWC has also marked the debut of the HTC Vive Consumer Edition, which will launch in April for $799.