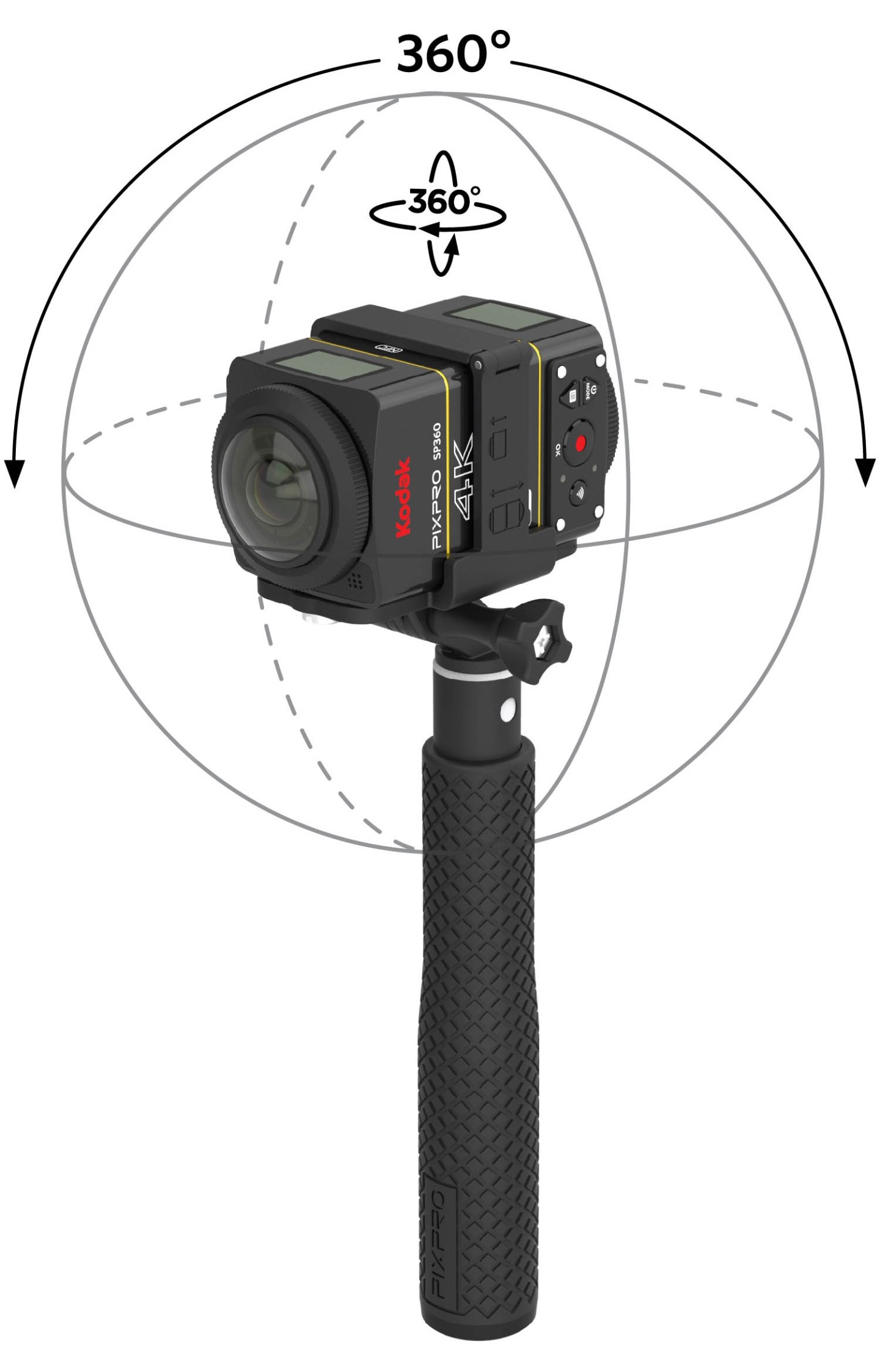 The more Google Cardboards and Samsung Gear VRs that are sold worldwide, the bigger an audience there is for consumer content creators to explore 360-degree video. Kodak is the latest camera company to jump into this wave. And unlike some rivals such as the $1,000 Vuze, which won’t ship until August, the $500 Kodak PIXPRO SP360 4K action cam is available now.

Kodak (KODK) has two options for 360-degree filmmakers. In addition to the entry-level Premiere Pack, which comes with one camera and assorted mounts, the $900 Dual Pro Pack includes two cameras, a dual mount, and a remote control to sync and control up to 10 cameras at once.

Paul Meyhoefer, vice president of JK Imaging Ltd., said in a statement that the company’s goal was to provide an entirely different user experience from the norm. JK Imaging licenses Kodak’s brands.

“Our approach was simple, to provide the best engineering possible, starting with the camera’s unique, single 360-degree half sphere curved lens,” Meyhoefer said. “This idea carried all the way through the packaging, when we made the choice to allow consumers to make a single purchase that includes intuitive editing software and mount accessories that support the rapidly growing 360-degree community and format.”

Both cameras come with PIXPRO Desktop Editing Software and PIXPRO Stitch Software, which allows consumers to combine images from the two 360-degree half-sphere cameras for a full 360-degree perspective.

Jorge Aguilar, executive director of brand strategy at marketing agency Landor, believes consumer behavior could drive the growth of this category depending on the rate of adoption of image and video in social media platforms. He says 360-degree cameras have the potential to enhance the consumer experience of social platforms such as Instagram, Snapchat, and Pinterest.

WATCH: XPrize’s CEO has this advice for Kodak:

Early pricing for the Oculus Rift Consumer Edition, which ships March 24 for $600, is also high now, but will come down over time. The HTC Vive will ship in April and the Sony PlayStation VR will ship this summer.

“This new format of imagery has the potential to enhance the consumer experience beyond social media, impacting review sites like Yelp and real estate sites like Zillow,” Aguilar says. “So there are myriad platforms for this technology to latch onto.”

Once the price is right.