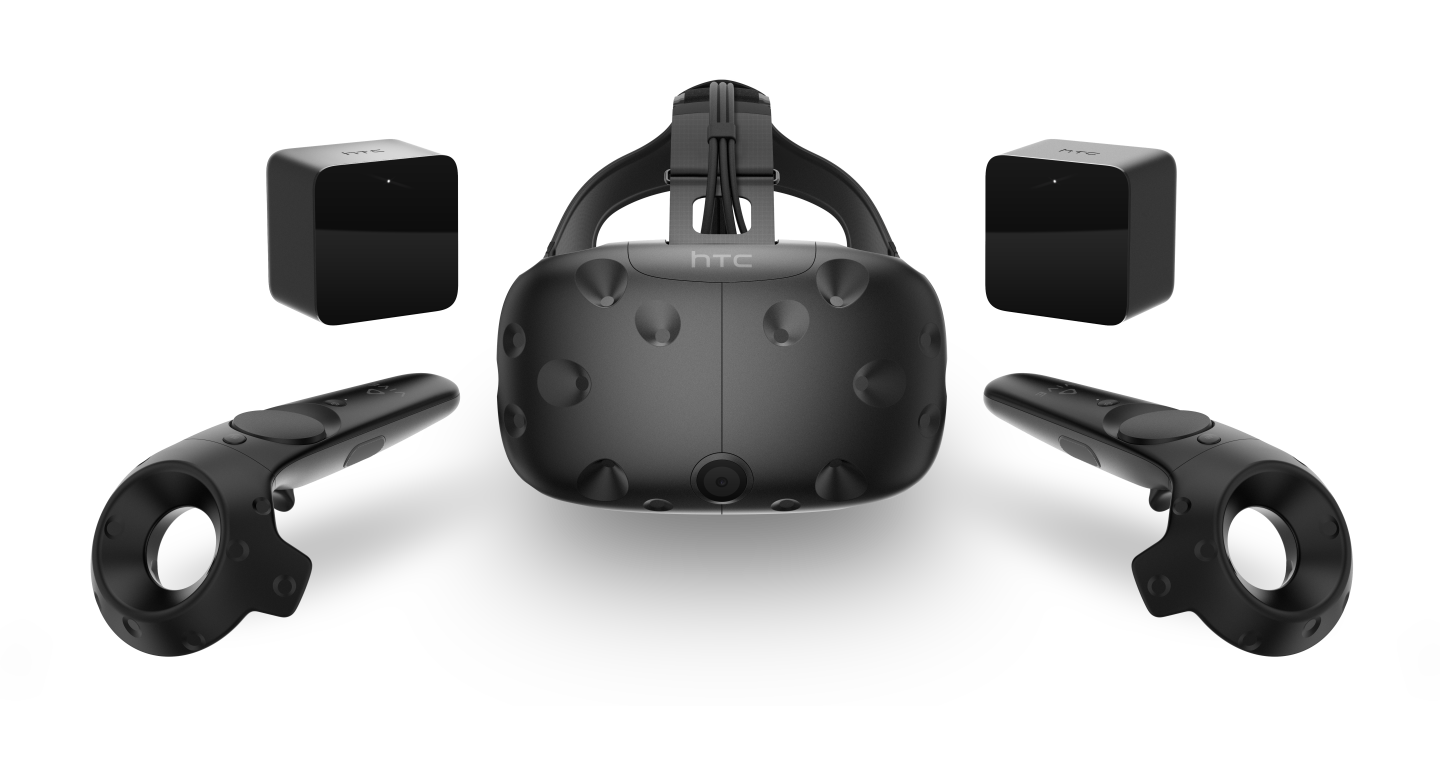 At Mobile World Congress in Barcelona this week, HTC and Valve are showcasing the HTC Vive Consumer Edition. The virtual reality system will retail for $799 and be available for pre-orders Feb. 29. HTC will begin shipping the product in early April.

That puts the Vive at $200 more than Facebook’s (FB) Oculus Rift Consumer Edition, which begins shipping March 28 for $599. Alienware, Dell, and Asus are offering PC bundles that include the Oculus Rift for $1,499.

HTC has not revealed PC bundles yet, but it’s likely the company will work with PC hardware makers on similar offerings.

According to Piper Jaffray analyst Gene Munster, only 10% of current PCs in the world will run either virtual reality device. He believes an additional 10% of PCs can be upgraded through an Nvidia or AMD graphics card for an additional $300. Therefore, consumers will have to invest in PC hardware in addition to the headset purchase.

The Vive package will include a pair of wireless VR controllers, room scale movement sensors, and a headset featuring a built- in camera and phone. For a limited time, Valve is including a pair of free games—Job Simulator: The 2050 Archives by Owlchemy Labs and Fantastic Contraption by Northway Games. (Oculus is also offering free games to its early buyers, including CCP Games’ EVE: Valkyrie and Playful’s Lucky’s Tale) Vive comes pre-installed with Valve’s operating system, SteamVR.

How Virtual Reality Could Be the NBA’s Next Big Play:

Brand new for the system is Vive Phone Services, which is built into the headset and allows users to stay connected to the real world without exiting the virtual world. This technology allows users to send and receive text messages and check upcoming calendar invites directly through the headset.

The Consumer Edition includes several changes that were first seen on the HTC Vive Pre, which was unveiled at CES in January. These include new wireless controllers with haptic feedback and dual stage triggers, a front-facing camera that blends physical elements into the virtual world, a redesigned headstrap that offers greater stability and balance, and an improved visual system with brighter displays to give a deeper sense of immersion.

Valve has been working with its large network of developers to create original virtual reality experiences for the HTC Vive. The game maker recently gave away 1,400 HTC Vive Pre developer kits to attending developers at Unity’s AR/VR Vision Summit in Los Angeles Feb. 10-11.

In addition, Valve offered journalists hands-on with a collection of HTC Vive games at a recent Steam VR Showcase in Seattle. The list included Arizona Sunshine, Audioshield, Budget Cuts, Cloudlands: VR Minigolf, Elite Dangerous: Horizons, Final Approach, Hover Junkers, Space Pirate Trainer, The Gallery: Call of the Starseed, and Tiltbrush. It’s expected that many of these games will ship this year. Two of the games showcased at that event are the pack-in games Job Simulator and Fantastic Contraption.

HTC is working with developers to create content that spans multiple sectors, including entertainment, retail, education, design, healthcare, and automotive. At CES, Audi used the Vive to preview a futuristic showroom, while Dassault Systemes was showing business an alternative to the expensive CAVE systems using the Vive.

Joost van Dreunen, CEO of SuperData Research, says the high price points of Oculus Rift and HTC Vive is a sign of the major players placing their initial bet.

“Despite the obvious mainstream appeal of VR on the long term, both the hardware manufacturers and content creators alike need proof of concept in the short term,” van Dreunen says. “Remember that before cell phones were popularized there was a small group of people that was willing to spend a lot of money. Eventually prices dropped and smartphones became accessible to a wider audience.”

Van Dreunen says taking a slow approach to building out the hardware and ecosystem maximizes virtual reality’s ability to truly take hold, and reduces the chance that it becomes a fad. He believes the next phase will emphasize content curation.