Game Publishers Are Hesitant About VR—Except This One 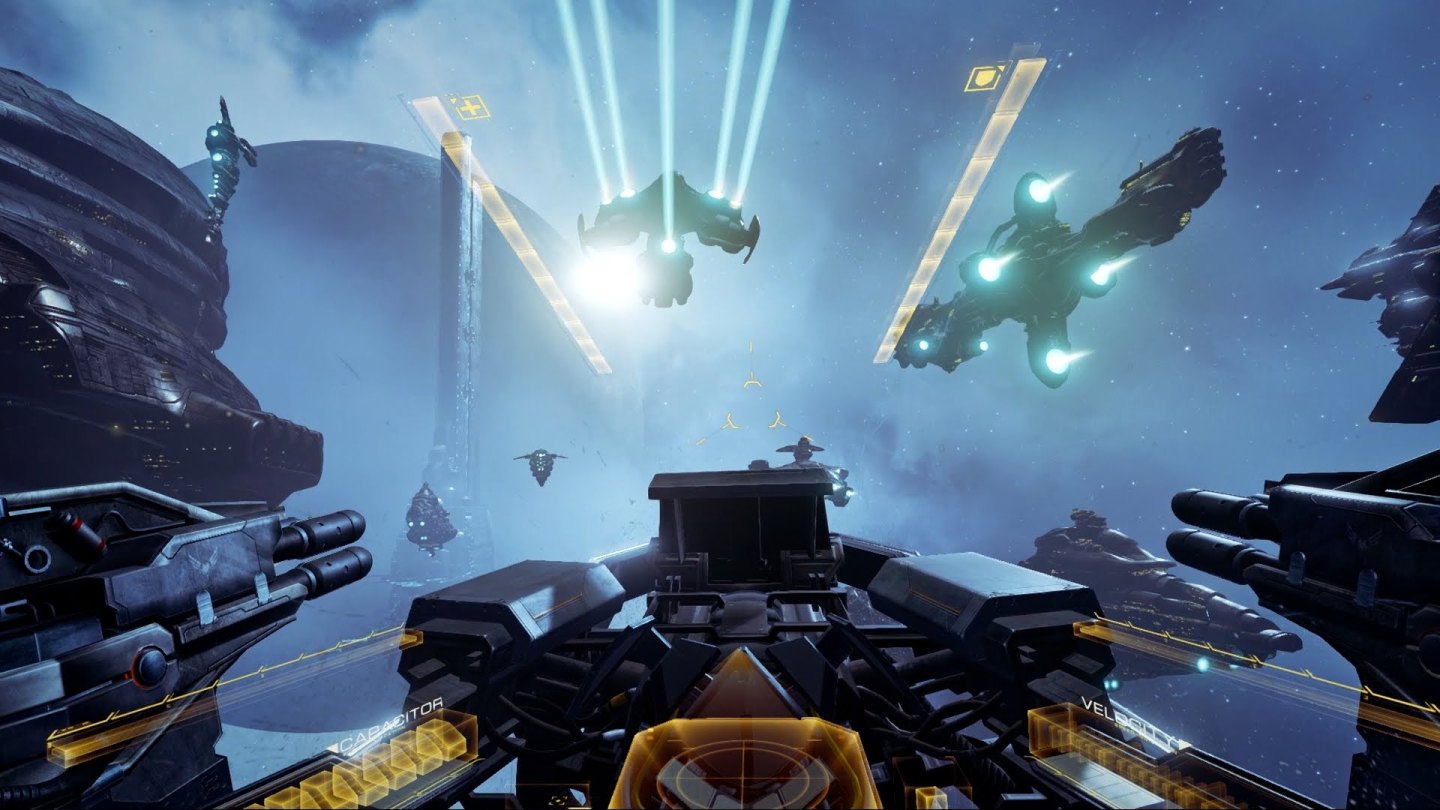 With Samsung launching its Gear VR Consumer Edition for $99 this month, many consumers will be exploring virtual reality for the first time. While game publishers and developers are waiting to see what type of market evolves for virtual reality, CCP Games is going all-in.

Harry Weller, general partner at NEA, has joined CCP’s board of directors and Andrew Schoen, also of NEA, will be joining as deputy director.

“We’ve been admirers of CCP for quite some time,” Weller said in a statement. “Their legacy with EVE Online and early investments in VR have put them in a leadership position, and we want to partner with them to further build on the great platform they have already established.”

Piper Jaffray forecasts sales of 13 million virtual reality headsets by the end of 2016 with Gear VR accounting for 5 million. CCP Games is hedging its investment by creating games for multiple platforms. It has Gunjack available for the Gear VR launch, and it’s developing EVE: Valkyrie for Facebook’s Oculus Rift spring 2016 launch and for Sony’s PlayStation VR debut in the first half of 2016.

CCP Games CEO Hilmar Veigar Pétursson says the company entered the virtual reality business—it was an early backer of Oculus VR prior to Facebook acquiring the startup in 2014 for $2 billion—“out of enthusiasm.” It developed a prototype for what would become EVE: Valkyrie, and then dedicated an entire team to that space combat game, which ties into the massively multiplayer online (MMO) universe EVE Online.

“Now that we have launch dates and a good installed base, we have a commercial opportunity around virtual reality—but we got into it because of passion,” Pétursson says. “We have three teams working on it. We’re probably the only developer in the world with people in three continents working on VR. It matched what this company is about. We have a history of following disruptions like we did with EVE Online back in 2003. We felt similarly about this.”

In addition to its first two virtual reality games, CCP Games has teams in Atlanta and Shanghai experimenting with additional virtual reality content. The publisher had Project Nemesis, Disc Arena, Ship Spinner, and The Workshop prototypes playable at its EVE Fanfest event in Reykjavik, Iceland, in March.

“We have a prototype using (Microsoft) Kinect that scans your body into virtual reality to serve as an input option, allowing you to move your body to explore the world,” Pétursson says. “We’re really excited about that because the problem of input is so big. If you have your whole body on-screen and you see it, movement has a less of a jarring effect in VR.”

Pétursson says game developers around the world are currently experimenting with virtual reality input. CCP Games deliberately focused on in-cockpit space combat gameplay for Gunjack and EVE: Valkyrie because gamers are used to using a flight stick or game pad to fly spaceships. Both games take things a step further by allowing players to look around a virtual cockpit and even track enemy ships by turning their head.

“When you go outside the cockpit experience, moving around in VR while sitting down is a challenge to work around,” Pétursson says. “A third-person perspective fixed camera is a way around that. (Facebook’s) Oculus Touch is an excellent entry into the problem-solving domain for input, but it’s hard to know how it’s going to work going forward.”

This new investment will go directly into the development of new virtual reality content.

“It will be a few years before we really see the perfect solution emerge for input when it comes to moving within VR games while sitting down,” Pétursson says. “Until then, we’ll work around what works.”

For more on Oculus, check out this Fortune video: