Why Super Ventures Is Investing $10 Million in Augmented Reality Startups 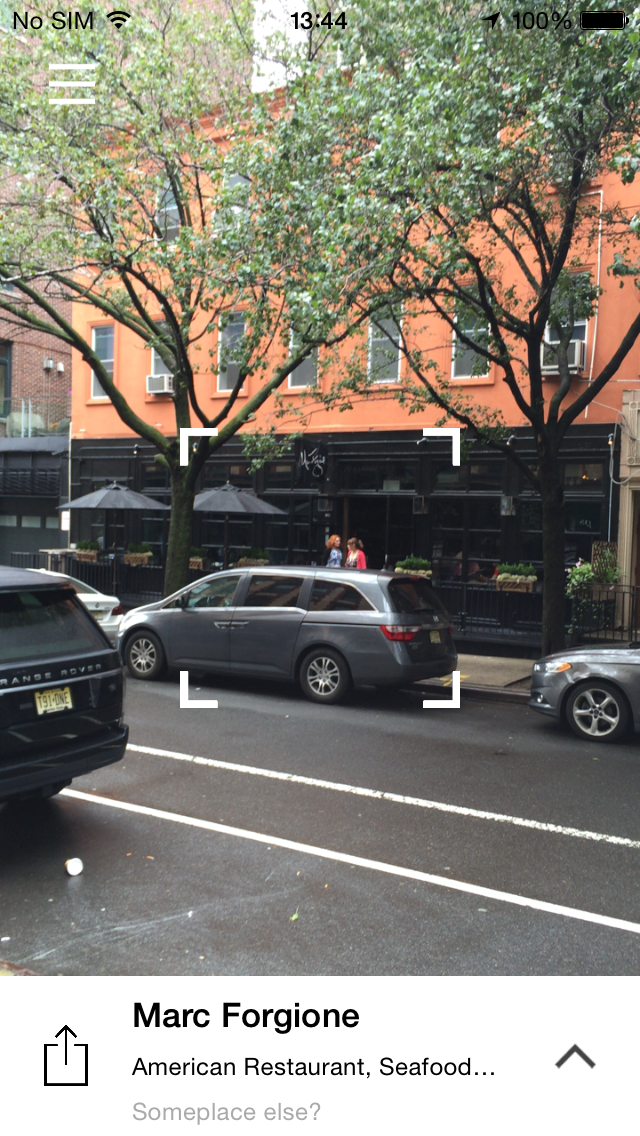 While billions of dollars are flowing into the virtual reality business, augmented reality is expected to grow into a $90 billion industry by 2020, according to VR/AR adviser Digi-Capital. A new incubator and investment fund from Super Ventures is hoping to grow this industry with a $10 million investment in startups.

The company has already invested in augmented reality companies Waygo, which instantly translates Chinese, Japanese, and Korean characters to English; Fringefy, which is a visual search engine for mobile devices and wearables; and an unannounced startup developing an intelligence system to crowd-source visual data

“This is not as visible in the media because most of the investments and implementations of AR is not for consumers, but rather for enterprises and in industrial applications where it’s solving major business challenges none of the existing technology can address, and Fortune 1000 companies are investing in it,” Inbar says.

“VR is more like a home theater compared to AR being a smartphone,” he says. “One is emotionally engaging, and the other is helping us all the time.”

Inbar has been working in augmented reality since 2009, when he co-founded Ogmento. That company developed video game experiences such as NBA: King of the Court that used mobile devices to interact with the real world. Ogmento later exited gaming for real-world applications and became Flyby Media, which worked with Google (GOOGL) on Project Tango. In January 2016, Apple (AAPL) acquired Flyby for an undisclosed sum.

“No one outside of Apple can really say what they are doing, but based on their acquisitions (computer vision and 3D tracking, Flyby and Metaio; depth cameras, PrimeSense; motion capture, Faceshift; facial recognition, Emotient) and patents issued over the past four years (smart glasses, wearables as input devices) they definitely recognize this technology represents the next big platform for personal computing,” Inbar says. “And as we have seen time and time again, they will introduce a product to the market only when the tech and market are mature enough for massive adoption so they can take the lion’s share of the market. My prediction is that they’ll make a launch announcement in late 2017 and it’ll be some form of headset or smart glasses.”

Inbar says Super Ventures is focusing on augmented reality companies that are using the technology to solve problems which deliver a major leap in human performance, or give people superpowers by applying foundational technologies in various verticals.

For more on sports and virtual reality, watch:

“We have evaluated nearly 1,000 AR products over the last eight years, so we can instantly recognize unique tech, a promising use case, and matching business models,” Inbar says.

Inbar can also draw from lessons learned from Ogmento. From its inception, that company was a hybrid hardcore tech and content company.

“In an early market you have to do both to create products that are valuable to users,” Inbar says. “This has proven to be a good approach because even if the content doesn’t get traction, there is always significant value in foundational technology and it will eventually find its market. This thinking has been infused into our investment strategy.”

Inbar expects this year to be big for augmented reality as hundreds of pilot projects at Fortune 1000 companies evolve into large-scale deployments to improve productivity, accuracy, safety, and overall employee engagement.

Microsoft (MSFT) is also selling its HoloLens augmented reality headset to businesses this year as part of that company’s investment in the technology.

Over the next few years, Inbar believes smart glasses will mature with a smaller form factor, better vision and field of view, and a more comfortable all-day feel.

“By then, we’ll have the capability to map the world in 3D (think street view for outdoors, indoors, all objects—in 3D) so that everything can be augmented,” Inbar says.

Inbar is investing in augmented reality because the technology provides everyday utility and enhances real-world activities.

While enterprise augmented reality is scaling up now, Inbar sees the consumer market launching in late 2017 or early 2018 in tandem with the launch of an Apple-like product. However, as current examples of augmented reality gaining traction he points to the success of consumer applications in product engagement and advertising, like Blippar; in travel, like Waygo; in try-before-you-buy retail experiences, like Cimagine, Zugara, and ModiFace. Smart glasses are also seeing success in niche areas like sports such as Recon Instruments’ Snow2 and Jet.